And rising very early in the morning, while it was still dark, he departed and went out to a desolate place, and there he prayed.

Some of my long time readers know that I do some missions work in the country of Kenya, East Africa.  I've been doing small projects here and there for approximately 10 years.  The work is done on a small scale and I do not have any financial partners in carrying out the work though from time to time friends have assisted. 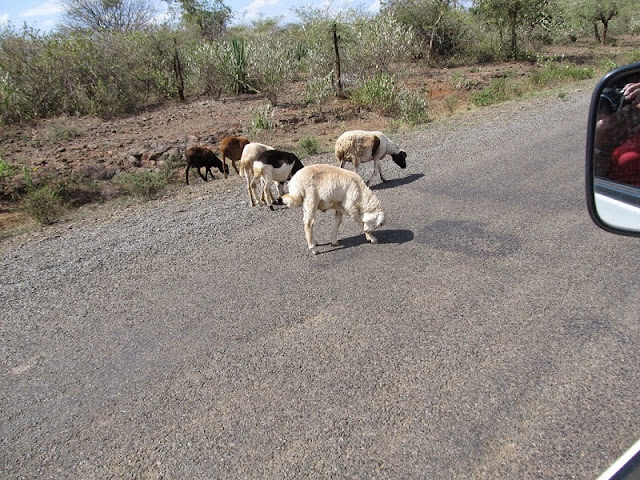 During the 10 year period, I have been engaged in many different aspects of humanitarian work and in all cases I work with local pastors and lay leaders in small villages. Primarily the work has been based in and around the small city of Kericho in the Great Rift Valley but has also extended to the northern and northeastern areas of Kenya where the Pokot and Samburu peoples live.  From time to time, the work has also extended to small cities and towns like Garissa (near the coast), Nakuru (northeast of Nairobi), Olenguruone (in the SW Mau National Reserve), Narok and Bomet near the Masaii Mara National Reserve and in Nairobi City.


The work is challenging due to lack of financial support but for anyone who has a calling you know that you press on despite the challenges and trials and you pray a lot for God to help you meet the call.  I believe that God placed a burden in my heart for the people of Africa and for the people of Kenya in particular.  I pray for God's leading and direction and help for

No one who puts his hand to the plow and looks back is fit for the kingdom of God.
Luke 9:62 (ESV)

I want to be faithful in what I am doing but I also want to be fruitful.
In that I must trust that God leads me to those he would want me to help and and encourage.

The life in the villages in Kenya is very difficult indeed.
While the country is very rich in resources and there are many well to do people, the poverty level is extremely high and unemployment is at a rate which would be totally unacceptable in the west.

The last time I checked, unemployment was at approximately 70 percent and the World Bank reported that 45.5 % of  Kenya's population lived in poverty.  Many Kenyans have pursued higher education despite great sacrifice as a way to try and become employable but even those who graduate from university or other training have a very hard time finding a job.

In a report I read last year, the daily newspaper stated that on average it took 5 years for graduates to find work. Approximately 80% of the country's population is under the age of 35 so you can guess that there is a very high dissatisfaction rate amongst the majority of Kenyans.
At this moment, I happen to know several graduates ranging in ages from 24 to 39 years of age.
Some of them have  multiple degrees but only one of them is employed and that was after years of short term jobs and trying to find stable employment.
I hope this short overview of the country's poverty and unemployment situation gives you a bit of background into why my work though small is extremely important to those that receive it.

Over the past decade my work has transitioned from helping with educations costs for orphans, seeds and fertilizers for widows and single mothers, food relief for starving people in the north and those in Internally Displaced Peoples(IDP) camps.

These days most of my efforts are in helping people receive medical care.
This is an area where there is great need and the cost of one person's medical care is not inexpensive.
In fact, I would say the cost of medicines and certain treatments costs the same as in Canada if one had to pay for it. In Canada we do have great medical insurance but we do not yet have a national drug plan and there are still the odd persons here and there who do not have insurance.

It is then easy to see why people need assistance with medical costs in Kenya. Otherwise they simply die.
Sometimes they die anyway as in the case of a few people we have tried to help over the past year. 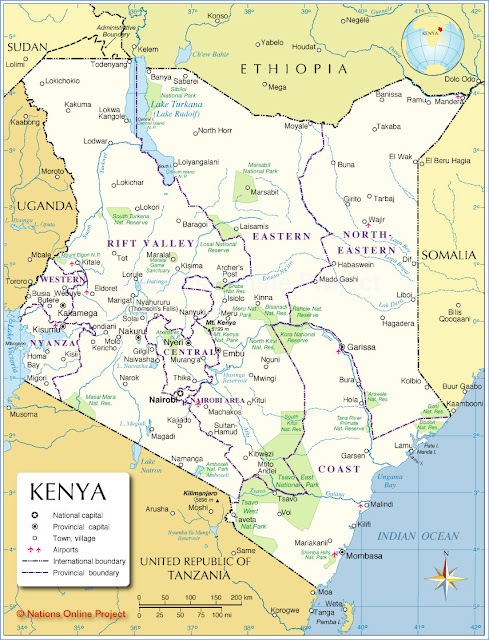 About one year ago it came to my attention that a very elderly woman who lives near the town of Bomet, Kenya (near Narok which is located northwest of Nairobi.) was having difficulty with her eyes.
She could no longer see very well and since she was living alone it was getting more and more difficult for her to collect firewood, make fire and feed herself.
The woman's name is Sally.
Sally is 103 years old and the mother to 12 children, 9 of whom are still living.  She has been a Christian for approximately half of her life and is a staunch believer in prayer and in living a Godly life.
I am not sure how many grandchildren and great grandchildren she has but they are all in dire economic straits as approximately half of the country's population.

I asked my youth pastor friend to please take Sally to the missions hospital in Tenwek for an eye check.
At Tenwek they attempted treatment but Sally's was a difficult case and they referred her to Sabatia Eye Hospital in the western part of Kenya.
Sabatia Eye Hospital is only one of two eye hospitals in Kenya. The other, called Lions is located in Nairobi.
Sabatia is located in Vihiga in Western Kenya (near Kakamega in western Kenya) and it offers both inpatient and outpatient services to patients who arrive from all over Kenya. 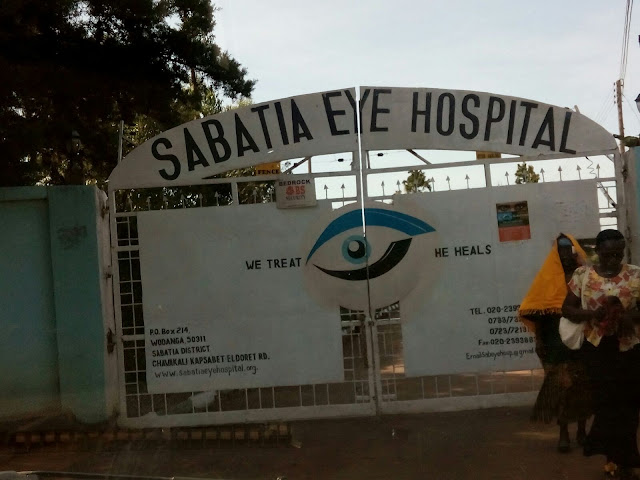 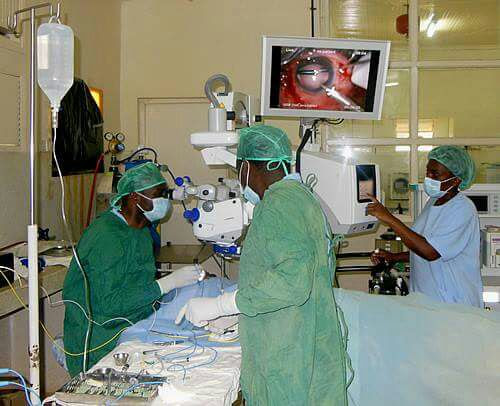 
Going to Sabatia required a long bus journey and a stay of several days at the hospital lodgings which of course entails a lot more resources.  Time is needed to enable an eye assessment, eye surgery and follow up care.
Sally did get the eye surgery she needed. It was very successful and she
was extremely happy.
In Kenya many of the elders do not look at the camera straight with their eyes. They mostly do not like their photos taken too and wonder what tourists and foreigners do with their photos.
I can certainly understand that and have learned to ask first if it okay to take a photo.
In this case, my friend took photos at my request and after Sally's surgery, she gladly looked straight into the camera as if to show me that she can now see.


At Sally's advanced age, she is still able to take care of her personal needs but was finding it harder to go long distances to collect firewood and to safely cook over the fire.
I felt led to do what I could to help her in her day to day life.
Sadly, just today I read in the Kenyan paper how an elderly woman of 77 years of age fell into the fire while trying to cook and died. Unfortunately no one heard her and her grandson found her later after he arrived home from school.

There are many issues related to cooking in Kenya but I will say that for another day.
For now, I focus on Sally's story.

After Sally returned home from Sabatia Eye Hospital I asked my friend if he would assess Sally's household needs so she could be made more comfortable in her old age.

He let me know her house was in need of repairs, she needed a water filter, a new bed and chairs.
I agreed and I also determined she needed new bedding and some warm clothing as it rains a lot where she lives.

My friend set about getting Sally's son and other relatives to assisting in the work that was needed and he went to buy the items. One of Sally's daughters was able to take care of the clothing requirements.
My friend also found a young female relative who needed a job who could help with collecting firewood, cooking and taking care of any of Sally's other needs. 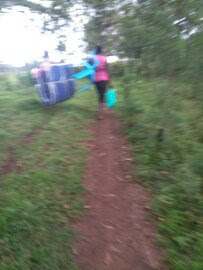 When you buy goods and take them to the village you must usually walk a far distance from the road up paths  and through fields to your home. When it is wet or raining the paths can be very muddy. 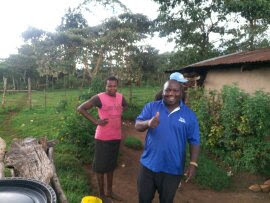 In Kenya there is still  no national pension for old people though it is expected to begin sometime this month of January 2018. It will be a process before everyone over the age of 70 years of age will be enrolled and start receiving funds. Once established the elderly will receive approximately $28-30 Canadian dollars every other month. It isn't a lot but it will help the elderly to buy some basic food items.


In addition to hiring a helper for Sally, we purchased a bed, mattress and bedding, and warm clothing. Sally already had wooden chairs but my friends purchased some plastic chairs which are easily moved in and out of the house to sit outside when the weather is agreeable.


My friends also helped to hire people to clean, tidy and spruce up the humble home by making repairs to the mud plaster exterior walls and the tin roof.


Finally we were able to locate and purchase a large water filter though I am not sure it actually works properly and the funds may have been wasted.  The kitchen which is in great disrepair is a job that I was unable to deal with due to lack of funds.

It wasn't too long after all this work was completed when Sally started having health problems.
Since then she has been admitted into hospital several times.

~~~~
Given the length of this post, I will report more on Sally's hospitalizations in the next installment of her story.

Thank you for stopping by and for reading about Sally.
I hope you will come back for the remainder of the story.

Linking up with Friday Foto Friends