A Little of This and That

This is just a brief update as I'm not yet back to regular blogging.

We've been having a mini heat wave here so my on-going task is to stay cool.

I had unexpected oral surgery a few days ago and am now in the process of healing. In a few weeks I'll get the stitches out. I hope just in time for my delayed hygiene appointment. As always it's been a process of dealing with insurance pre-approvals and claims as well as dentist schedules. So far so good but it keeps one busy.  The surgery itself went well but the dentist really worked hard and I worried I would feel the pain later. I didn't. So that is a good thing. Next step will be a crown but that will have to wait until 2019. In the meantime I'll get some other temporary work done to preserve the tooth.

Some of you remember I purchased a new washer-dryer just over a month ago. Well a few weeks later my new dryer had a malfunction with the steam function.  So I've been dealing with the repairman and all that entails. He had to order a part and it's finally come in. Now I have to schedule time for him to come and fix the machine. I hope it will work properly now.  The worst part of all this is having to haul everything out of the laundry closet and then return it all after each look at the connections because of course I looked at everything too before the repairman came. The good news is that the washer and dryer work just fine except for the steam function.

I've been keeping busy with various other appointments for things I seldom do (infrared sauna, body massages, foot reflexology). It's all in a bid to help me feel better in addition to trying to eat right and do a bit of exercise. Every little bit helps but when the weather is too hot mostly everything is a challenge.

My reading goal for 2018 has been surpassed. I had a goal of reading 35 or 36 books and I've now completed 37 books. My goal has been modestly increased to 42.  I may have to increase that again because I've got several books on the go that will push me over that number soon.

I'm about to start reading this book 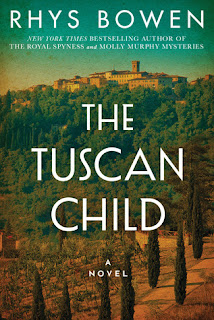 I'm preparing for my niece to visit me in a few weeks so I've got a number of things to do around the house. I ordered a very long curtain rod and when it arrived I put it up. It was barely long enough when I put it up (I knew that when I ordered it but it was the longest one I could find). After a day the rod and curtains started to sag and I had to take it all down. Sadly my efforts were all for nothing. I managed to locate one more rod which is much longer. I'll see if I can return the first one and order the next. I want to get this task done before the Fall. I've also ordered some "snakes" to put at the bottom of the windows and doors.  Together with the curtains it should really help keep the draft out this Winter. 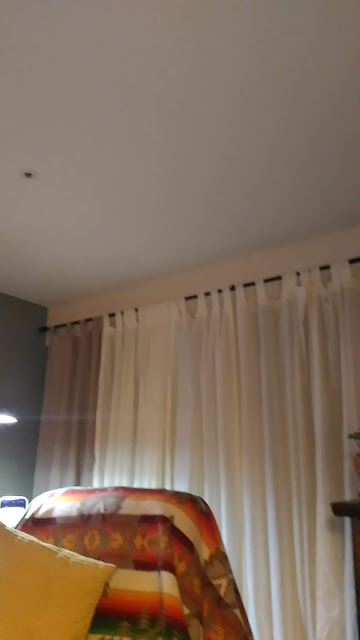 My garden has been struggling this summer, especially the vegetables which are currently all looking stunted. But thankfully the flowers in containers have been doing well. I hope they last through the end of summer. Here is one photo during a cooler day when rain was expected. Our daily temperatures this summer have been much higher than the norm but thankfully there have been cooler days in between. 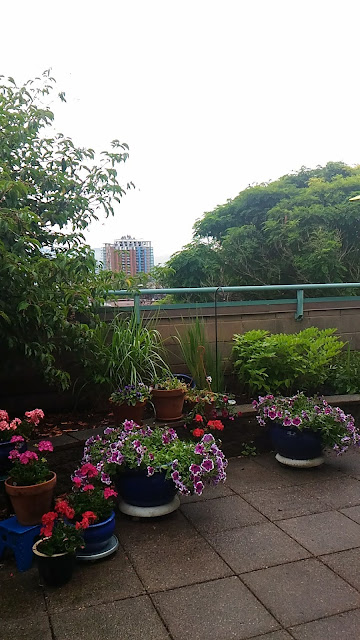 I've got some fun things planned this weekend. I'm attending a festival on Saturday and I'm going to a bridal shower on Sunday. In between I've got appointments so I'll be keeping busy. I also want to try and see a few movies:  RBG (probably its last showing on Monday night) and Christopher Robin which will be released in early August.

The following photos were taken earlier in the month on a day when weather turned from hot to rain. 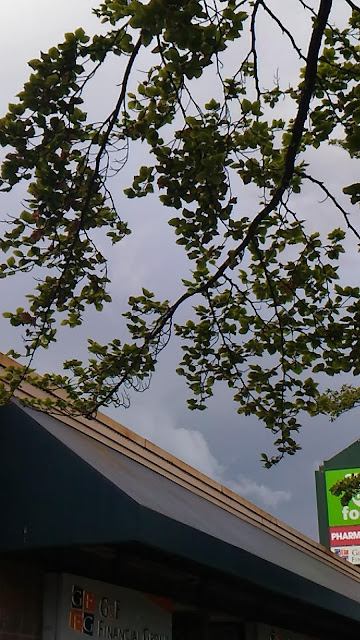 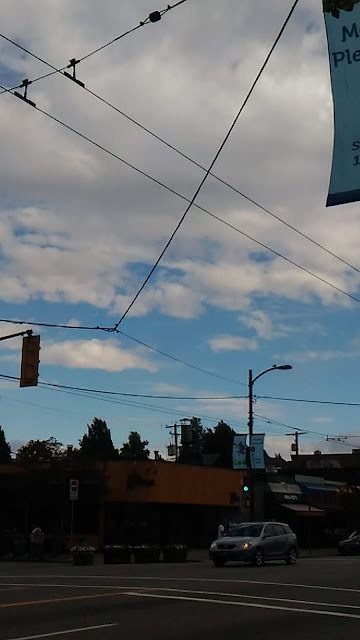 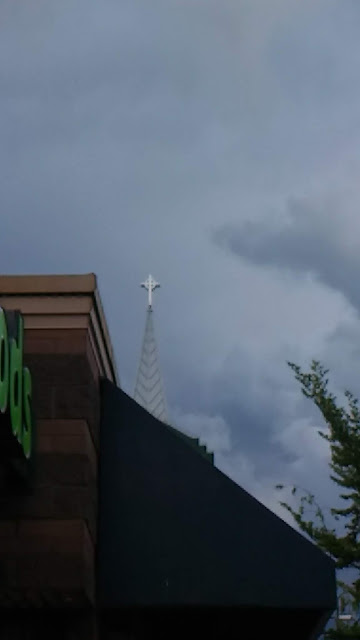 These final photos were taken at a plant nursery.
I was happy to spot a lady bug crawling on some branches.
Sadly my camera phone couldn't get a good close up. 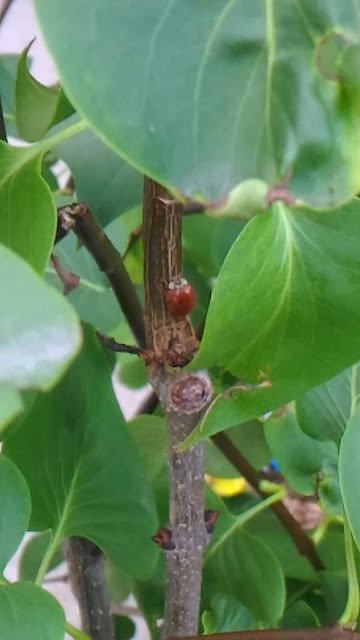 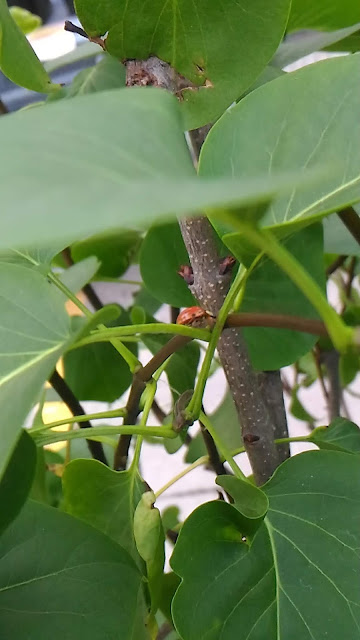 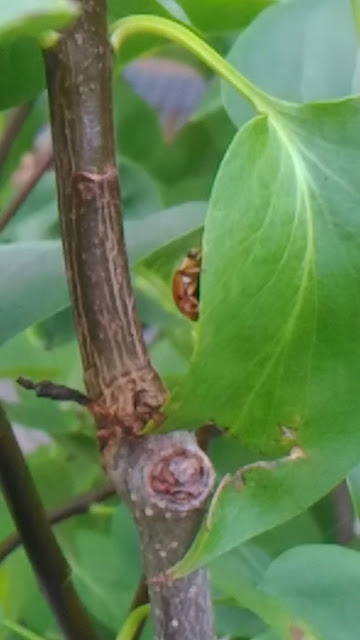 Even though I'm not back to regular blogging I've been managing to visit some of your blogs and hope to continue doing that over the next few weeks. Until then, take care and enjoy your summer.