We've been having gray skies and buckets of rain all week.
The news reports a lot of flooding in various parts of the city.
Other than a trip out on Sunday and some errands on Monday I've been staying inside so I am snug and dry.
A wind storm has now been forecast so I spent a bit of time today moved the patio furnishings and storing the patio umbrella so it doesn't blow away and damage things. 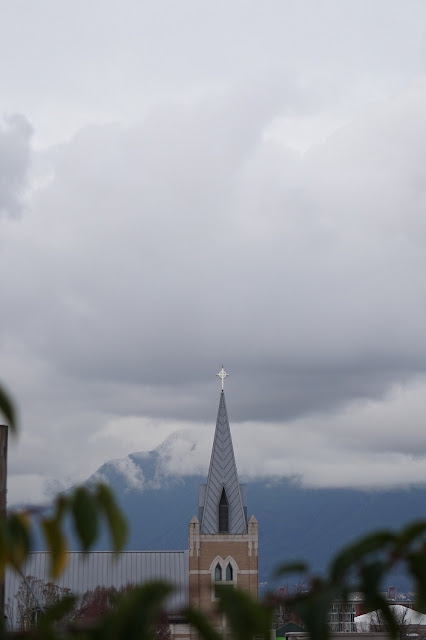 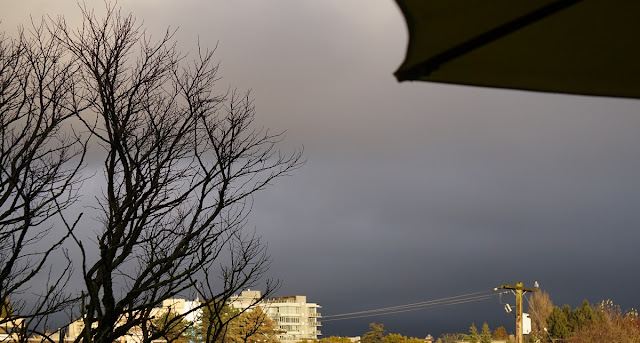 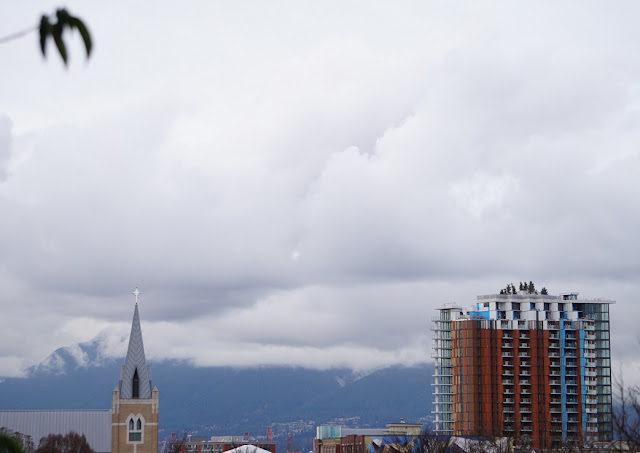 I've noticed how very dark it is now. Morning light comes later and evening dark comes earlier.
Thankfully the Winter equinox will arrive soon and gradually the days will become longer and lighter.

My blog post is entitled "Time is Passing So Quickly" because despite my early preparations I don't feel ready for Christmas.
I did complete Christmas shopping and wrapping and Christmas cards both paper and electronic. I also did the Christmas decorating. I've managed to meet with a few friends before the holidays and have one or two more to see in the next week.
But there is still a lot to do: cleaning, sorting, paperwork, a bit of cooking and preparing to travel out of town.
I am not able to get much done each day.  I only do what I feel like doing so my list of things doesn't change much from day to day. At least I'm enjoying the Christmas lights during these dark days and I'm sure I'll get everything done that is important.

My latest read is Becoming by Michelle Obama, former First Lady of the United States of America. I read it quickly and I found it very well written and interesting.  I shared the book with a number of friends all of whom told me they had the book on their reading lists.
Mrs. Obama will be here in Vancouver on March 21st and there is a lot of excitement around her visit.
I'm not sure what I'll be doing then so I haven't purchased a ticket which means I'll probably miss out altogether. These kinds of events with well known people always sell out here. 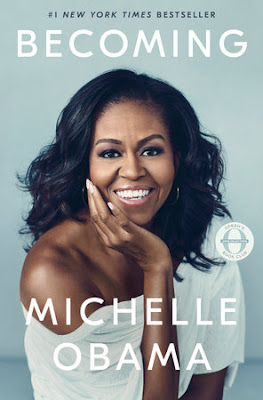 I've read 57 books so far this year. My original reading goal was only 35 books but since July it seems I've been reading a lot of books.  I just kept increasing the goal as I read more and more books.
I am hoping to complete another 1 or 2 books before the end of the year.

I haven't had time to work on crafting too much but I did manage to make 2 globes out of a few craft items from the Dollar Tree, Michael's Craft store and jars from my cupboard. I enjoyed this little craft and will know how to do a better job if I make some again in future. 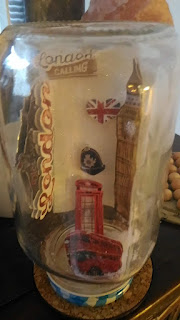 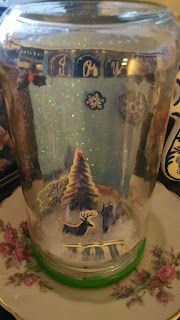 A few weeks ago I also started the pink and berry afghan. I'm still not finished and I've run out of time to make the black, gray and white afghan I was hoping to have finished by now.
I guess that means I've made 8 afghans this year rather than 9.
Next year I may only make 1 or 2.
I'm not sure yet what craft I will focus on. Perhaps I will finally knit a pair of socks or make more doilies to use up some of my crochet string. 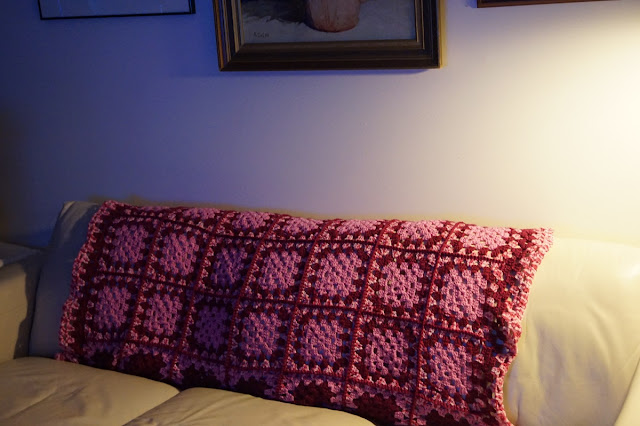 Little by little I tie the loose ends in the back. There are so many of them that I'm still working on it. I would say I am about 2/3 done. It's not my favourite thing to do so I don't work at it that often.
Once I've done that I have to block the afghan to help give it proper shape. 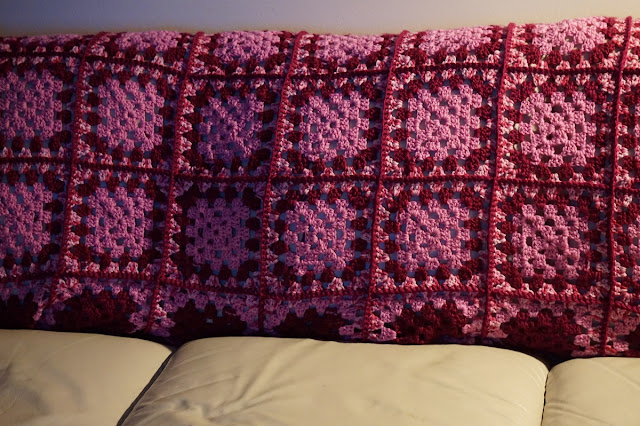 
I've also been catching up on watching several movies during the wet and gloomy weather.

Here are the movies and a brief summary of each:

Nancy - A strange story about a young woman named Nancy who becomes increasingly convinced she was kidnapped as a child. When she meets a couple whose daughter went missing decades earlier, the couple's doubts give way to willful belief.
By the Sea - Written and directed by Angelina Jolie while she was still married to Brad Pitt. The scenery and the costumes are very appealing but the story itself is very shallow and not my cup of tea. Set in France during the mid-1970s, Vanessa, a former dancer, and her husband Roland, an American writer, travel the country together. They seem to be growing apart, but when they linger in one quiet, seaside town they begin to draw close to some of its more vibrant inhabitants, such as a local bar/café-keeper and a hotel owner.
A Star is Born - with Bradley Cooper and Lady Gaga. I saw this story years ago with Barbara Streisand and Kris Kristofferson. I liked it at the time but I wasn't that enamoured of this newer version. Lady Gaga has received a lot of accolades for her acting role but personally I wasn't that impressed. Her acting is very flat and monotone however her singing is just as impressive as always I was very impressed by Bradley Cooper who does a wonderful job of playing an alcoholic singer. The movie however has a very sad ending.
The Girl in the Spider's Web - Lisbeth Salander and Mikael Blomkvist find themselves caught in a web of spies, cyber-criminals and corrupt government officials – both in Sweden and in the United States – whom are only known as The Spider Society. A movie filled with many twists and turns. The role of Lisbeth is very capably played by Claire Foy who you may remember from her performance as a young Queen Elizabeth in the series "The Crown".

I'd be interested in your thoughts if you have seen any of these movies or read Michelle Obama's book.

Given that most people, including bloggers are very busy right now with Christmas plans or travel plans, I probably won't be posting much before Christmas. It will depend on how much I get done in the next short while.

Wishing you all a wonderful next few weeks