Signs of Spring & Cooking Q & A

I had to pick something up in the neighbourhood on Saturday evening.

I walked to my destination and back and took these photos along the way.

The air was nice and warm so the walk was lovely.

Afterward I met a friend for a coffee. Of course we followed the procedures which are in place. 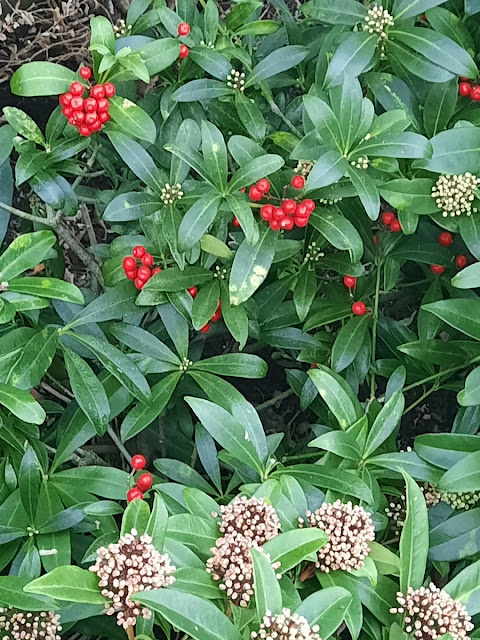 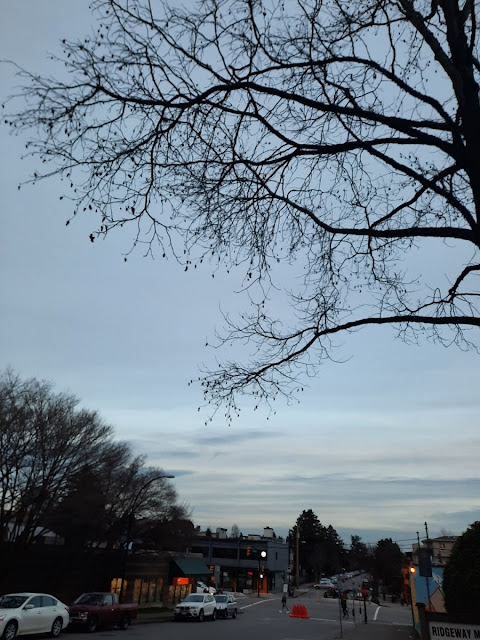 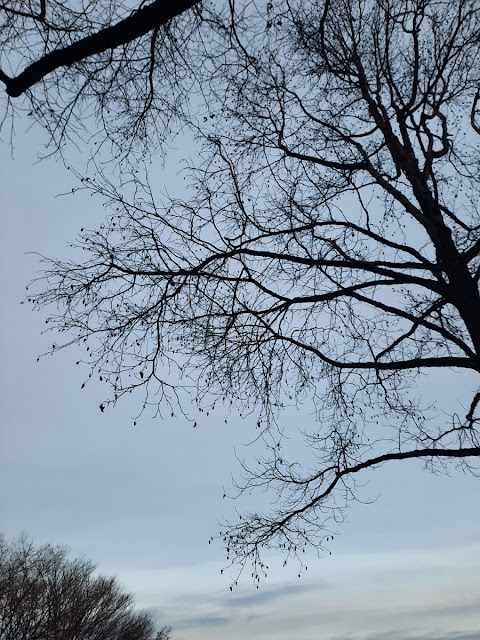 Tonight the weather was much different. It was very windy and cold.

But I think spring is around the corner (she says hopefully).

Joining in with Our World Tuesday

I'm also joining in with Tuesday 4 Meme which is hosted by Annie at Cottage by the Sea and in memory of Toni Taddeo.

This week's theme is cooking.

1.  What is the most valuable kitchen utensil you have or one you use often and could not live without?

My most valuable kitchen utensil is probably my blender stick. I use it often but so far it is best at whipping up instant puddings and whipping cream.  I actually bought it to make blended soups but have only used it once for that purpose, lol. I also use it to whip potatoes into mashed but I prefer using a potato masher and doing it manually.

2. Do you have any fancy gadgets like air fryers, etc in your kitchen? How are they working out for you?

I do not own an air fryer though I'd like one. My brother and his wife enjoy using theirs. I do have some appliances (juicers, food processor, Kitchen Aid mixer. George Foreman Grill and Vitamix blending machine). I  don't really use the juicers anymore because the Vitamix does it all. I love the Kitchen Aid for mixing up bread or dough for cinnamon buns or pizzas. I don't use the food processor that much except to shred cheese. I don't find it does a great job of it.  I love a George Foreman Grill but mine has seen better days. I still use it now and then. I forgot to mention the Instant Pot (IP) until someone mentioned it in the comments. I do like my IP because it softens tough meats and makes cooking beans much quicker. I also forgot to mention the rice cooker which get called into action several times a week so it has more than paid for itself.

3. Do you have any step or labor saving ideas that make cooking and meal preparation easier?

The only thing I do from time to time is advance preparation of vegetables and meats or fowl. If you chop up vegetables ahead of time and or prepare the meat a day ahead, it makes cooking much more fun. However, you still have to do the dishes. I prefer doing dishes by hand rather than loading and unloading the dishwasher.

4. What is your favorite recipe of all time? Would you share it with us?

I don't have a favourite recipe that was handed down to me. I cook mostly everything from my childhood or that we ate in my family. It is all by 'feel' rather than recipe. If I want to try a dish mom never made, I google it and try the recipe with the fewest ingredients. I'm not afraid to omit ingredients or substitute ingredients within reason (using common sense). I'm a lazy cook at heart. It needs to be easy or I won't  try it since cooking has never been my favourite thing. If I try a new recipe I will often post it on my blog so I can search for it later.