Convention on the Rights of the Child

Did you know that 2009 is the 20th anniversary of the Convention on the Rights of the Child (CRC)? 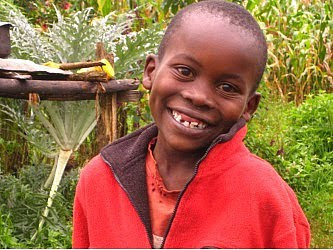 [One of Pastor Jonah's "adopted sons", Missions of Hope]

The Convention is the first legally binding international instrument to incorporate the full range of human rights—civil, cultural, economic, political and social rights. In 1989, world leaders decided that children needed a special convention just for them because people under 18 years old often need special care and protection that adults do not. The leaders also wanted to make sure that the world recognized that children have human rights too.

The Convention sets out these rights in 54 articles and two Optional Protocols. It spells out the basic human rights that children everywhere have: the right to survival; to develop to the fullest; to protection from harmful influences, abuse and exploitation; and to participate fully in family, cultural and social life. The four core principles of the Convention are non-discrimination; devotion to the best interests of the child; the right to life, survival and development; and respect for the views of the child. Every right spelled out in the Convention is inherent to the human dignity and harmonious development of every child. The Convention protects children's rights by setting standards in health care; education; and legal, civil and social services. Read the full text of the CRC here © UNICEF/NYHQ2006-1355/Versiani
Poliana da Silva, 7, smiles as she embraces her brother, Gabriel, 4, outside their home in a slum area on the outskirts of the city of Olinda, in the north-eastern Brazilian state of Pernambuco.

In 1989, the Convention on the Rights of the Child became the first legally binding international convention to affirm human rights for all children. While great progress has been made on child rights in the past 20 years, much work remains to be done. Dan Seymour, Chief of the Gender and Rights Unit of UNICEF’s Policy and Practice Division, offers his assessment.

NEW YORK, USA, 30 June 2009 – The Convention on the Rights of the Child (CRC) represents a major milestone in the historic effort to achieve a world fit for children. As a binding treaty of international law, it codifies principles that Member States of the United Nations agreed to be universal – for all children, in all countries and cultures, at all times and without exception, simply through the fact of their being born into the human family.

In every region of the world, we find numerous examples of the CRC’s impact on law and practice. In 1990, Brazil followed ratification of the Convention with a new Statute of the Child and Adolescent based on its principles. Burkina Faso created a Children’s Parliament to review proposed legislation, in response to the principle of participation set forth by the Convention.

The CRC was the first international convention to be ratified by South Africa, leading to changes such as the prohibition of corporal punishment and development of a separate juvenile justice system. The Russian Federation also set up juvenile and family courts in response to the CRC, while Morocco established a National Institute to Monitor Children Rights.

Finland took a number of new measures for children inspired by the Convention, such as a plan for early childhood education and care, a curriculum for the comprehensive school, quality recommendations for school health care, and an action plan against poverty and social exclusion.

And Eritrea issued its Transitional Penal Code, with penalties for parents or guardians who neglect, abuse or abandon their children.

This wide acceptance of the CRC can give the misleading impression that it is neither challenging nor new. Yet the very idea that children are the holders of rights is far from universally recognized. Too many children are considered to be the property of adults, and are subjected to various forms of abuse and exploitation.

The recognition that children have a right to a say in decisions affecting them, articulated in Article 12, is not only disrespected on a regular basis; its very legitimacy is questioned by many.

Nor can we claim that we live in a world where children's best interests are the primary consideration in all decisions affecting them – as demanded by Article 3 of the Convention. In fact, the contrary is evidenced by the way the humankind allocates its resources, the limited attention it gives to ensuring the best for its children, the way it conducts its wars.

Like all powerful ideas, the CRC reflects a demand for deep and profound change in the way the world treats its children.

That the world fails to respect the rights of its children – even to deny that children have rights – is clear in the alarming numbers of children who die of preventable causes, who do not attend school or attend a school that cannot offer them a decent education, who are left abandoned when their parents succumb to AIDS, or who are subjected to violence, exploitation and abuse against which they are unable to protect themselves.

We cannot claim that the Convention has achieved what needs to be achieved. Rather, it has provided all of us with an essential foundation to play our part in ch

Power of the Convention

Effecting that change requires us to use the CRC in its fullest sense, and to take advantage of its three fundamental strengths.

• First, it is a legal instrument, defining unequivocally the responsibilities of governments to children within their jurisdiction

• Second, it is a framework for the duties borne by different actors at different levels of society to respond to the rights of children, and it helps us understand the knowledge, skills, resources or authority needed to fulfil those duties

• Third, it is an ethical statement, both reflecting and building upon core human values about our commitment to collectively provide the world’s children with the best we have to give.

This 20th anniversary of the CRC reminds us, most of all, of what we have left to do. The Convention demands a revolution that places children at the heart of human development – not only because this offers a strong return on our investment (although it does) nor because the vulnerability of childhood calls upon our compassion (although it should), but rather for a more fundamental reason: because it is their right. 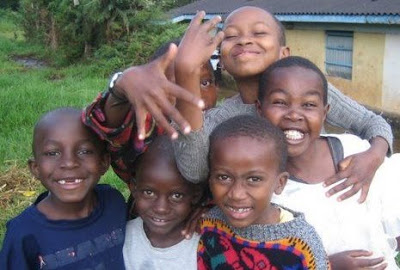 [Children from Kenyan village, Missions of Hope]
at September 09, 2009

Email ThisBlogThis!Share to TwitterShare to FacebookShare to Pinterest
Labels: Convention on the Rights of the Child, Missions of Hope Kericho Kenya, orphans, Unicef

Hi friends and fellow bloggers,    I hope you are all doing well. I'm just popping in to wish you all a very wonderful December. We'...