All these photos were taken in the Town of Lanoraie, along the St. Lawrence Seaway at night. We had spent the day in Louiseville & Lavaltrie & had come back to rest in Lanoraie. We quickly went for a walk along the waterfront before the light faded entirely. It was lovely there except for the mosquitoes which were thick. I dislike mosquitoes immensely but wanted to see what I could before the light was completely gone.

My French relatives were very much involved in the planning of the tourist information and the art works that now exist along the waterfront. They also helped to plan for a small stage (I didn't get a good photo of it) so that productions could be presented on  the waterfront.

My 80 year old relative wrote and produced a historical play which was enacted on this small waterfront stage. She was a bit younger when she did this creative work.  All in all it was a real treat to see the work the relatives (all sisters) had been involved in and to hear their passion for the cultural work they seem to do so much of. Her and her two sisters have a passion for history, geneology and writing. She says she has about 4 more books (in her head) but is running out of time to put them on paper. 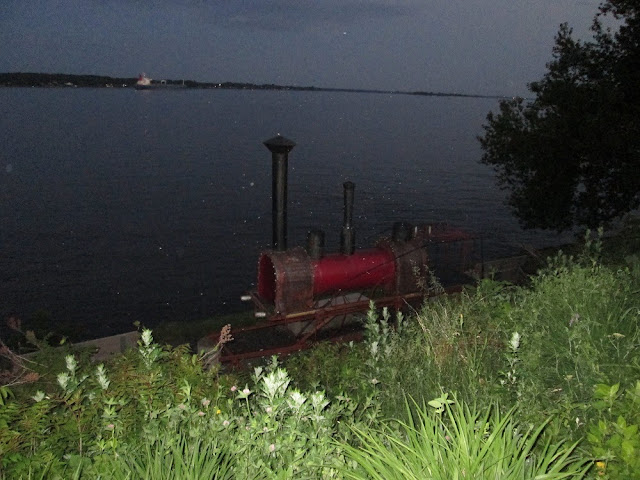 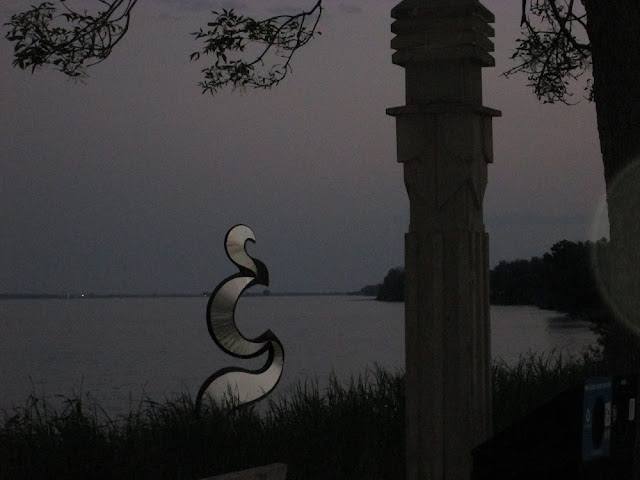 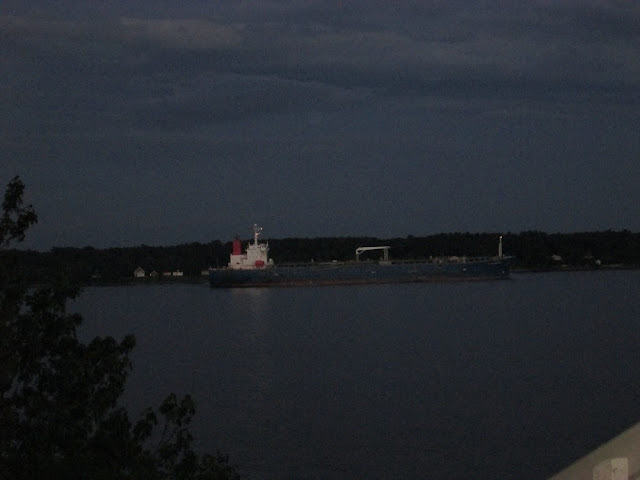 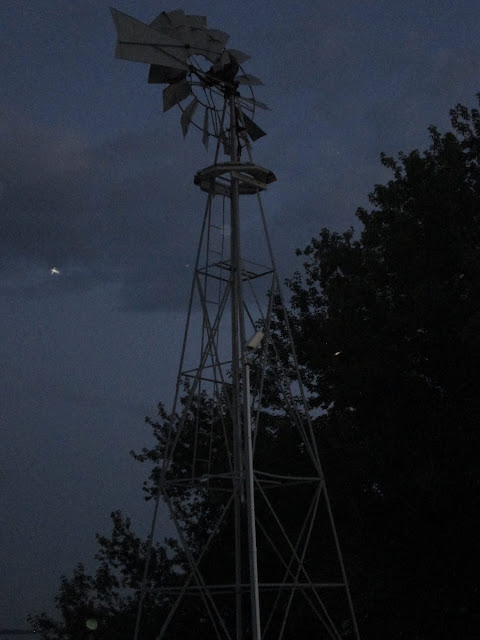 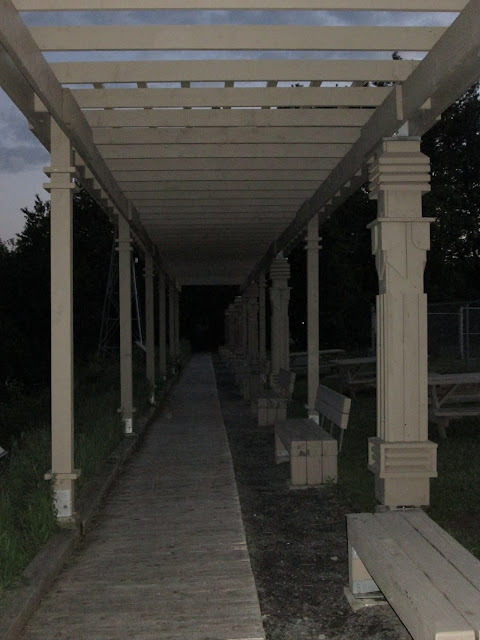 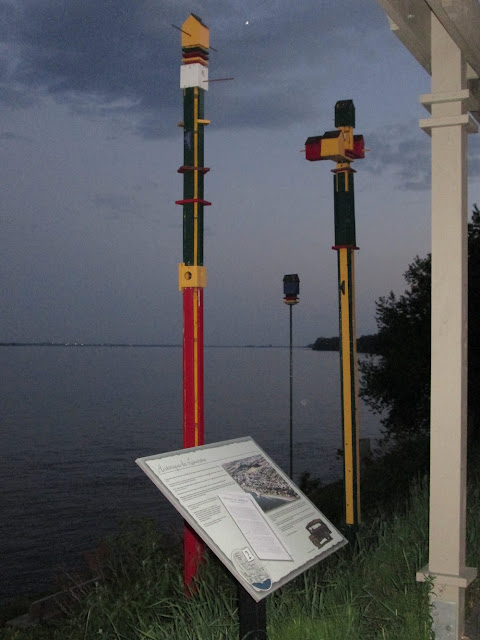 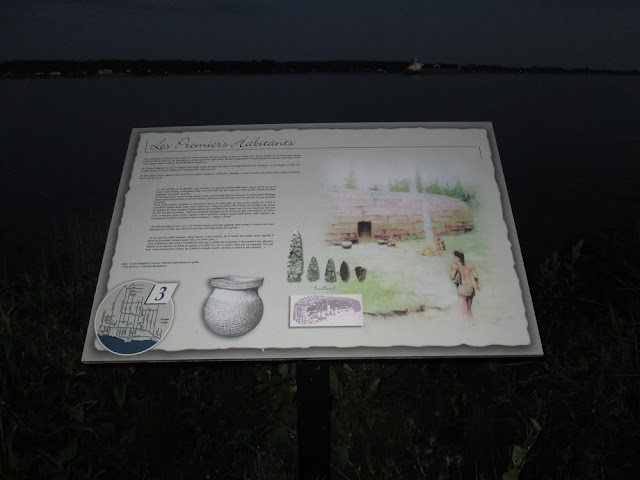 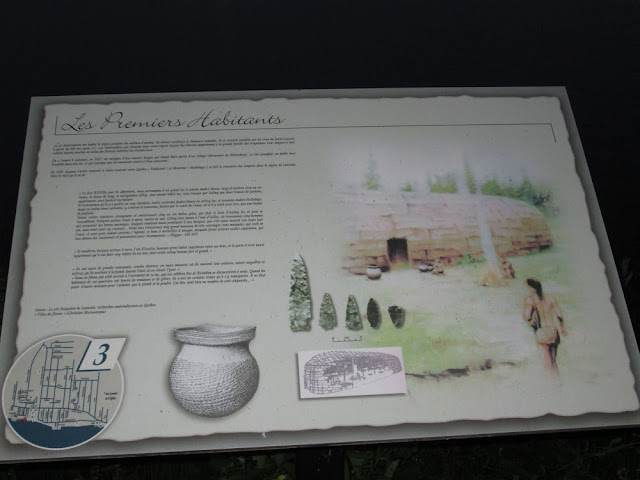 It is said that when the French explorer, Jacques Cartier passed through Lanoraie in the 16th century, the Iroquois had already been established in the area. They called place Agochanda or Agouchonda, which means a place to stop and eat and rest.

The parish in this area was established in the late 1600s but development of the village didn't really occur for another few hundred years.  The small town is steadily growing with the current population at about 5000 people who predominantly speak French.

My next travel post will feature the historic house where we spent the night and then we will drive north to Quebec City and farther. Join me later.

Join in with others for Skywatch Friday here.
at August 28, 2013