Sorry to be a bit silent here. Though I have been visiting many of your blogs I haven't posted anything "new" for awhile. I've just been consumed with communications with Kenyan friends who have been through so much in the aftermath of the killings that took place in the small coastal town of Mpeketoni.
I mentioned before that the government promised to help the bereaved families to bury their loved ones.  But so far we haven't had success in tracking down the help.

My friend's laid their loved one to rest on Saturday in the Rift Valley far away from the hot and humid coast.  In Mpeketoni which is a small place near Lamu (a popular tourist destination), the mortuary is very small and can only accomodate 3 people at a time. When 48 people were killed in the first attack and another 9-15 in the 2nd attack (I read different numbers), you can imagine that the small town was not able to accomodate the need.  Bodies were piled one on top of the other and unrefrigerated as the community. I have photos but they are too graphic to post. The hospital staff and others left behind were doing their best to cope with the tragedy but many government officials were immediately fired after the tragedy occurred and there didn't seem to be enough outside help for the first few days.

The papers reported that some government officials handed out funds on Thursday at the hospital though there was a discrepancy in the amounts provided to the bereaved. My friends had returned to the Rift Valley in the wee hours of that morning with their loved one.  Also several news reports stated that about 38 families had not yet claimed the bodies of their loved ones.

Many of the people who died had families in far away places. The cost of travelling, accomodation, eating, and transporting their loved ones, and making funeral arrangements was just too prohibitive for most people. They would have to wait for some kind of help from government or well wishes. In the meantime, the bodies were/are decomposing in the humidity and I read that the stench near the hospital was overpowering. These are very sad times for all affected. Then on top of it all, I read that just yesterday 5 more people were killed in the same general area after official statements that the area had been secured. It really makes you wonder what is going on.  The insecurity in the area is why I wanted to get my friends out of there as quickly as possible as their lives are not too secure when there is no one to protect them from harm and danger. At least at home they will have their kith and kin and know the lay of the land.  For the locals who remained behind, many of them moved into the bush.

I know some people don't believe that prayer will help the circumstances but I do. I pray for the country as a whole and for the many people I know.  I also pray for all those people who I do not know who need help. I ask any like minded people to pray with me.

Once my friends got home and laid their loved ones to rest, one of the sisters of the deceased had a heart attack and ended up in the hospital.  Her blood sugar reading was very high no doubt due to the terrible stress that she and all of her extended family had been under given the circumstances of her brother's tragic passing and their lack of funds. I'm happy to report that she is now she is stabilized and I believe has been able to return home.

In my own life things here at home I've had a lot to keep me busy as well. 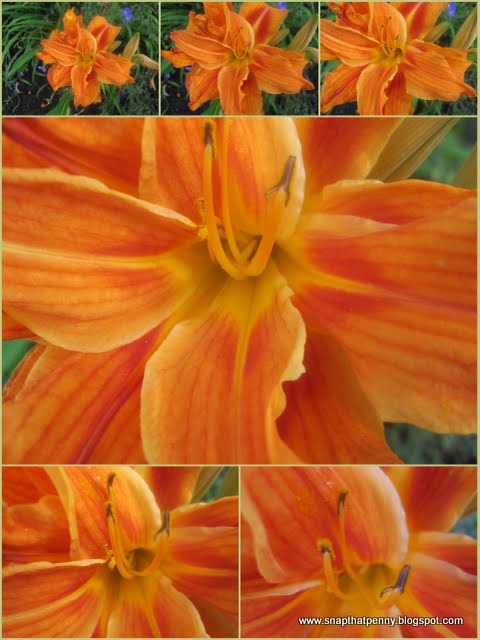 I've been back to the eye specialist where the surgeon pronounced the eye surgery and recovery as "excellent". I told him I had been seeing a black dot in my left eye whenever I was fatigued. He dismissed it as a floater. I didn't bother to say more. I have had floaters before and they were a lot different than this one I have been seeing recently. I also notice that as long as I am keeping rested and don't over strain my eyes, the black dot doesn't pay a visit. So I will just try not to overly strain my eyes. I go for another eye check up in a year.

Before the weekend came around I went for a quick trip to see my mother.  We had only a few hours together but it was good to see her again.  We were also able to get in a lot of visiting and organizing (of her space).  I was very tired when I got home and haven't been able to do much around the house since then. I brought back a lot of mending for my mom so that is "staring at me",  lol.  I've also started putting together the next care package for her because I'll be going back to see her in a few weeks.  I need to accompany her to an appointment with a specialist.  Before I get to that I've got 5 parcels I need to organize and send off in the post.

One of my cousin's who had her own very close call with death in February (prayer pulled her through a horrendous time) lives very far from me.  She is visiting her sister who lives just over an hour away from me. She contacted me and we will be getting together this weekend.  It will be so nice to see her as it is a true miracle that she is still on this earth.  She will also make a special visit to my mom also on the weekend.  This had been in her plans before she landed in hospital fighting for her own life.

A few days after my cousin leaves, another friend and I will get together for a barbeque at my home.  She is a new friend from Peru who absolutely loves it here in Vancouver.  We've met a few times and now I've invited her for dinner.  I'm looking forward to relaxing on the patio with her.  A few days after that I have a family visitor who will stay for a  week or more.  I have much to get organized before then and I need to get rested so I can enjoy my time with my niece. I always look forward to spending time with her.

Until I see you or read you next, take care and hug a loved one.


cherishing parents and family Kenya personal terrorist attacks this and that