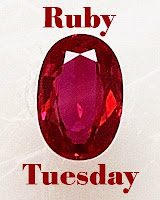 Well it is officially Monday and I've done it at last!  Made my own laundry detergent that is. I have had the ingredients of which there are few, for some months now but just never felt up to grating the bar soap that goes into. lol

So the other day I finally got a long desired purchase of a 10 cup food processor. I've wanted it to slice and chop vegetables mostly for salads and various things but I also want it for shredding up the bar soap for my detergent.  I got to use the processor today and  boy did it ever do a wonderful job of shredding up the soap for my home made laundry detergent. Sorry I didn't get a photo of it for you. I thought of taking pictures after I was well underway with the soap making exercise.

First off, there are many recipes for making your own laundry detergent on the internet. I used this website.
and this recipe:


INGREDIENTS:
Hot water
1 cup Washing Soda
1/2 cup Borax
1  bar of Ivory soap
Grate the bar soap and add to a large saucepan with hot water. Stir over medium-low heat until soap dissolves and is melted. Most recipes call for FelsNaptha and Zote soap but you can use Ivory soap or Sunlight bar soap if you are in Canada. 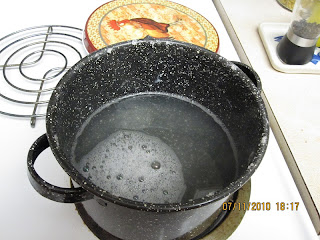 Fill a 10 gallon pail half full of hot water. Add the melted soap, Borax and Washing soda, stir well until all powder is dissolved. Top the pail up with more hot water.

Use 1 cup per load, stirring soap before each use (will gel).
Total Cost for all the Ingredients:
I bought 2 kg. Washing Soda for $4.99  (Canadian)
One large bar of Ivory soap was $.79 cents (Canadian)
1 2kg. box of Borax is about $5.99 (Canadian).
Total: $11.77 (Canadian)
I used only one cup of washing soda and half a cup of Borax and the entire bar of Ivory soap. There is still enough Washing Soda and Borax for many more batches of soap. As I am not into calculating everything down to a science, I would simply guesstimate about 10-12 more batches of soap can be made with the remaining Washing Soda and probably double that for the Borax.

I've filled 6 empty liquid laundry detergent bottles which are just under 2 litres each and still  have half a bucket of detergent.
I didn't calculate the water cost or the electrical cost as that would be next to near impossible for me to determine.  I figure those costs are balanced by the energy savings to me of having to carry home heavy bottles of laundry detergent and the time it takes out of my week.  I hope that not only will making my own laundry detergent be good for the pocket book but also good for the environment. My detergent will sit over night to gel and be ready for use on Tuesday.

Would you be willing to  make home made laundry detergent or bar soap? Perhaps you already are. It seems that many bloggers are making a lot of things from scratch and that is, as Martha Stewart says, " a good thing".

In future I also plan to make bar soap and scented soaps. I met a wonderful blogger named Gerry who has a blog devoted to soap making which you can check out here. I'm hoping to try out her recipes and tips myself.
at July 12, 2010