"Do not forget to entertain strangers..."

"Do not forget to entertain strangers for in so doing, some people have
entertained angels without knowing it."
Hebrews 13:2
I've made a new friend from Africa who has been living in Canada for a short time.  When I met him he was very surprised that I had been to his country.  I invited him over for dinner with family members to show some hospitality.


The first dish is antipasto or some before meal nibbles. I included some salami meat rather mortadella on the dish because I wasn't sure how my guest's taste buds would be.  Moses  loved all the vegetables and gamely tried things he didn't know of like the marinated artichokes.  I learned that the eggplant is known in Ghana as "black beauty". I think that is a much nicer name than "eggplant". 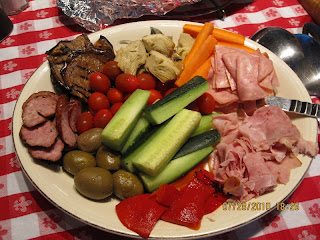 I grilled some home made hamburger patties on my indoor grill. These burgers are not burnt, they are just black from the grill. 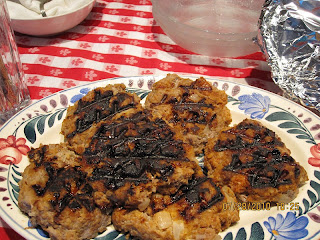 Another common summer food here is the potato and egg salad. I let this one marinate over night in the refrigerator and added some red onions for colour and extra flavour. 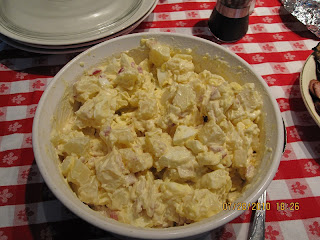 Last, but not least for the main course, we had some baked chicken. I marinated these chicken pieces in lemon grass marinade overnight. Lemon grass is not traditional to Canada but I have grown to love it in Vietnamese cooking.  I thought it would make a good variation on baked chicken which is a good Canadian dinner staple.  It was delicious and not too strong in lemon grass flavour. 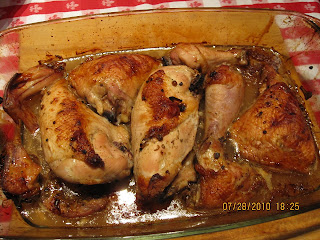 Dinner was capped with drinks of ice tea and other beverages brought by our guest. We also had a dessert of fresh blueberries mixed with bananas. I made a biscuit which we cut and put whipped cream mixed with the berries inside the biscuit. Then the biscuit was topped with more berries and cream. 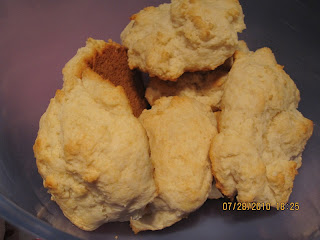 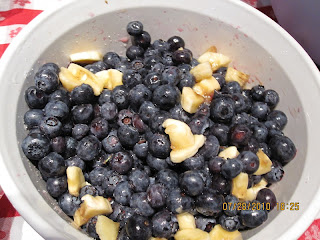 All in all my guest paid the highest compliment by saying he felt right at home and very comfortable. He also ate everything he put on his plate. I appreciated that very much as sometimes I have guests who won't eat this or won't eat that and they leave too much food on the plate. Those of you who entertain know what I'm talking about.

I am glad I was able to entertain a stranger and in doing so have now made a new friend.
at July 29, 2010