On Saturday evening a friend from out of town and I decided to treat ourselves to a play under the auspices of Bard on the Beach, an annual Shakespearean Festival held under white tents with red flags set up on Kitsilano Beach.

Both of us like Shakespeare.  But beyond that we were enthralled with the idea of having a barbeque dinner during the intermission.  After that, coffee and dessert and the topping on the cake, a comfortable seat in the beachfront park to watch the annual fireworks competition, "Celebration of Lights". What a fabulous idea all around. 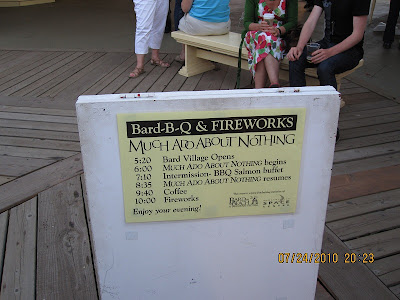 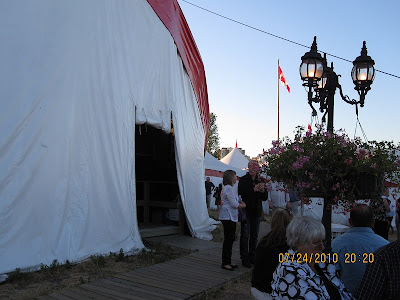 The play was lovely. I was soon stopped from taking photos of the stage but I did manage to get one. 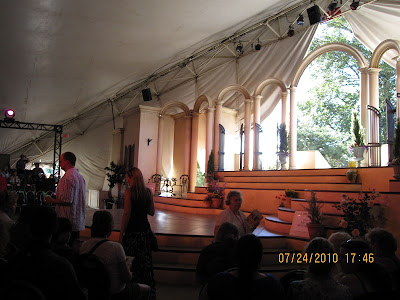 The evening's performance on the mainstage is entitled "Much Ado About Nothing". I've copied this descriptive summary from Wikipedia for you in case you are unfamiliar with it.


Much Ado About Nothing is a comedy by William Shakespeare about two pairs of lovers, Benedick and Beatrice, and Claudio and Hero. Benedick and Beatrice are engaged in a "merry war"; they both talk a mile a minute and proclaim their scorn for love, marriage, and each other. In contrast, Claudio and Hero are sweet young people who are rendered practically speechless by their love for one another. By means of "noting" (which sounds the same as "nothing," and which is gossip, rumor, and overhearing), Benedick and Beatrice are tricked into confessing their love for each other, and Claudio is tricked into rejecting Hero at the altar. However, Dogberry, a Constable who is a master of malapropisms, discovers—unbeknownst to himself—the evil trickery of the villain, the bastard Don John. In the end, Don John is captured and everyone else joins in a dance celebrating the marriages of the two couples.

Unfortunately, I cannot show you any original photos of the actors but some of you may have seen the film of the same name, directed by Kenneth Branagh. In the movie,the lovestruck Claudio, sings a beautiful called "Sigh No More". I found it on youtube.com and offer it here for your listening and viewing pleasure.

My friend (and I) awaiting the start of fireworks. 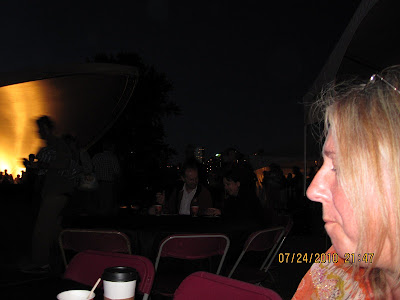 Here is a scene earlier in the evening of all the boats gathering on the water to get a good position for viewing the evening fireworks. 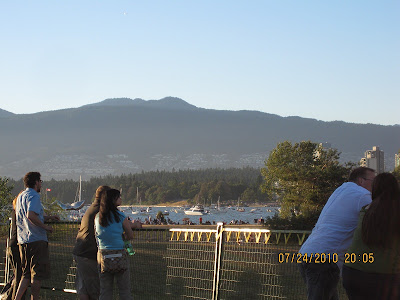 Here is shot taken at the start of fireworks. I'm afraid that is all I have. I did manage to remember to take my digital camera however I forgot to take an empty memory card. It is a pity I am unable to share with you the finale of the show as Spain did a fantastic job of it. Simply beautiful. Wish you were there to see it.  Maybe next year?