I'm a bit late today with my CAL posting with Ladybird Diaries and Chrissie Crafts.  But hey, better late than never!

Truth be told I didn't do much work on my hexies this week due to travelling and other time consuming matters.

I only made 1 more hexie and wove in the ends on two hexies. I also made the beginnings of 2 more hexie pieces.  Altogether not much progress but every little bit helps. I hope to do some crochet work later today. 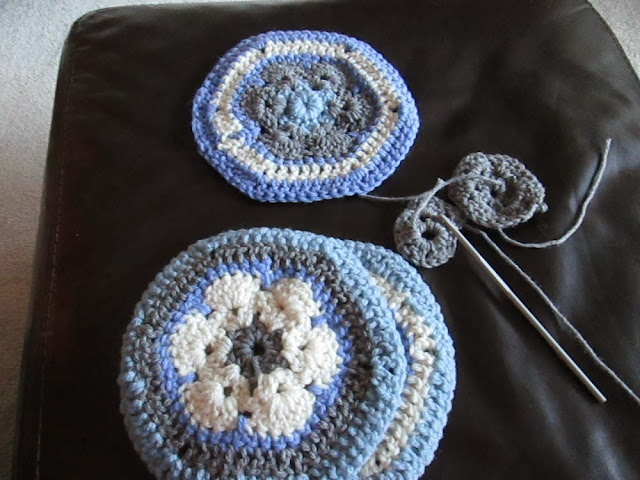 I am ready for Skywatch Friday. The skies that are clear blue with the brilliantly coloured trees were taken in Vancouver last week. 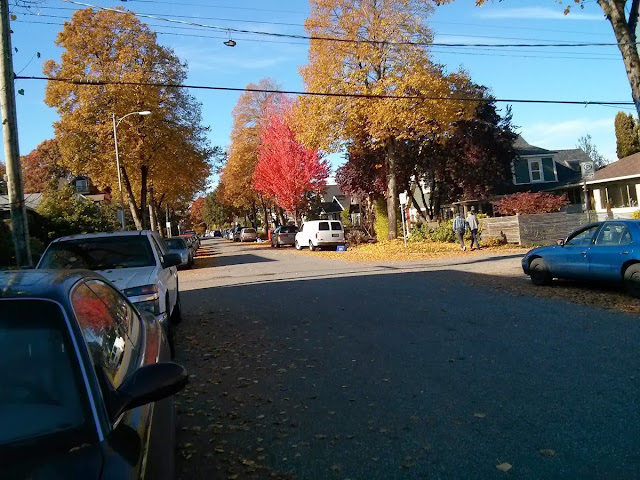 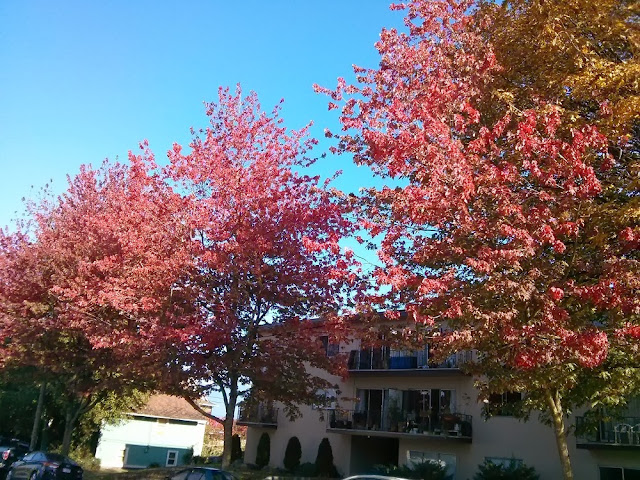 A few days later I took some photos in Ladysmith, British Columbia.  Ladysmith is a small town located on the east coast of Vancouver Island. 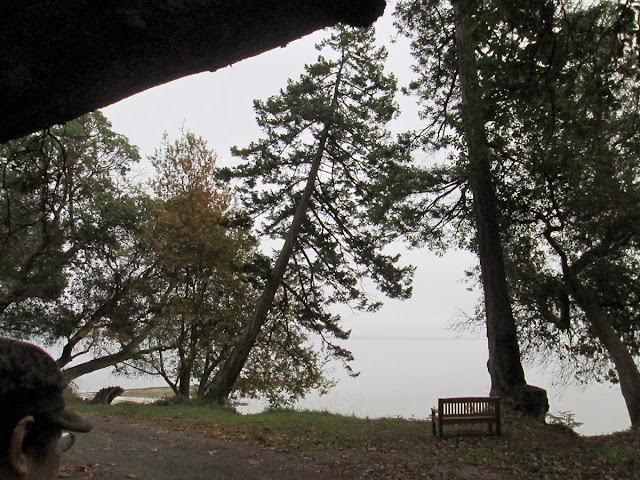 How different the weather was there.  But it wasn't as bad as it appears in the photos. Very cloudy and misty but not raining.  The air was so damp that there was moisture on the benches, trees and trails and even spider webs.

I'm joining in at SkyWatch Friday with others from around the globe who love to look at the sky. A big thank you to Yogi, Sylvia and Sandy for hosting this meme.

If you like the photos from my recent trip to Ladysmith and want to see more, please click here.