Another Week is Over

This was what it looked like a week ago when I went to Michael's to purchase yarn.

I love the glow cast by the evening light and golden leaves. 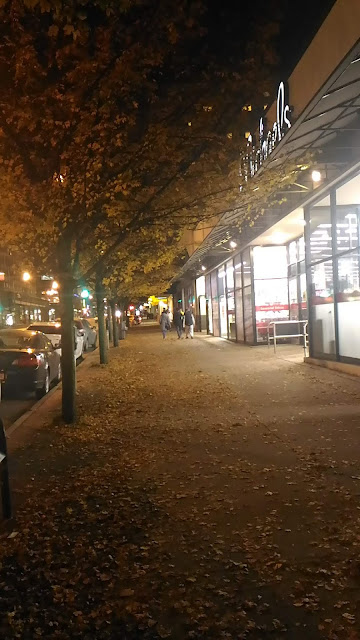 I purchased one big ball of yarn to start a new afghan in shades of gray, black and white (Caron Big Cakes). I now have the 3 big balls of yarn that I need to make the afghan.  The afghan will be in the same pattern (Ocean Wave pattern) as the last few I've made.  But I also bought another smaller ball of yarn in Berry (Red Heart yarn) to make a Granny Square Afghan.  I don't have a pattern as such for the latter. I'll simply make a bunch of  squares and stitch them altogether when I think I have enough of them.  I might use a coordinating colour and I might not. I used up the Magenta yarn (Vanna's Choices, Red Heart yarn) after making only 6 squares and there is no more of the colour in stock at my local Michael's.

Try as I might I could not get a good photo of this afghan. It's long enough when full extended to cover the feet and all the way up to the neck and is longer than the pattern instructions. That way my friend can keep nice and warm on a cool night.

I'm closing with a few photos from my archives.  These were taken in Delta, BC just over a year ago.

The eagles like to flock near the bog at an organic waste facility. As the salmon stocks in the ocean dwindles, the eagles are looking to other food sources. It sounds great. But it is perhaps not so great for the pilots and planes that fly in air space near by. Nor is it great for the many home owners who must now contend with traffic congestion on their country roads and influx of professional and amateur photographers as well as the simply curious.  On the day I went out to shoot photos it was a bit overcast and snowing so it was really quite deserted. 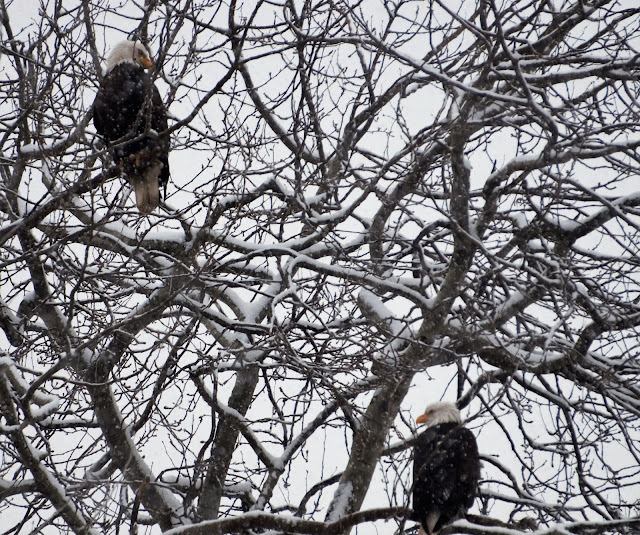 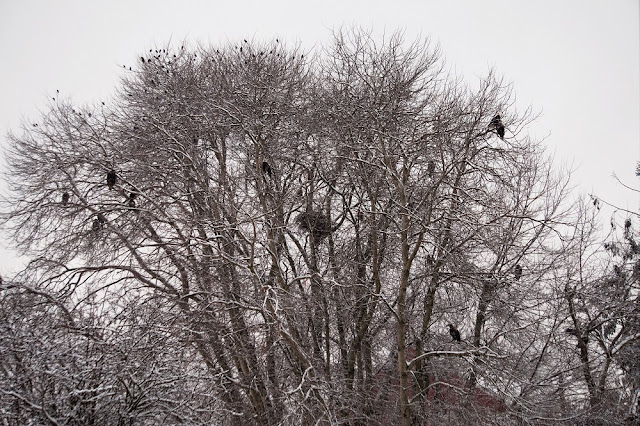 Thank you for dropping by.