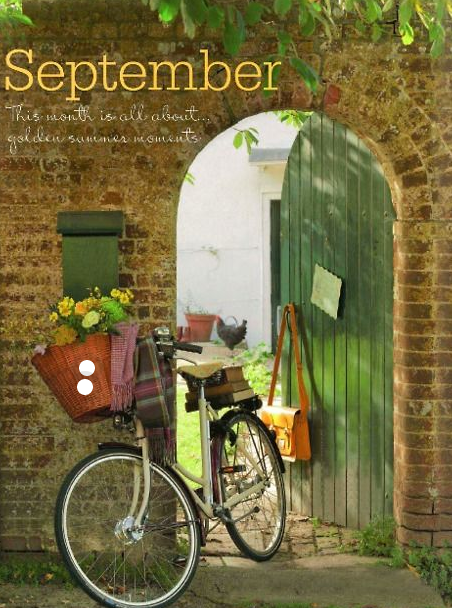 It seems the main part of summer is over.  For me the best part of summer is in September because the weather cools down quite noticeably.  There are only 22 days left before summer ends and fall arrives.  Fall is one of my favourite seasons because of it's beauty and crisp, fresh air but unfortunately is such a brief time before heavy rains arrive and we prepare for winter.

Summer arrived somewhat late in BC this year. It rained a lot for the first part of the season but made up for it in July and August. On the last day of the month of August it was still blazing hot. My garden has been pretty much done for the last week.  I probably didn't water it enough at some critical moments of the season.  It's always a challenge for me and I can sometimes miss a day here and there when it is critical to give the earth some sustenance through watering. I'm still pleased that the blooms lasted up until about a week ago and some of the container blossoms are still hanging in there.

Instead of gardening my main focus in the early part of summer was helping Jonah get situated to his new life and our life together in this city and country which is new for him.  There was a lot for him to do and we also tried to have a little outing here and there for relaxation. Then came August and I decided it was time for me do as much as I could to catch up with much needed DIY's around the house and continue with the major decluttering I've been working on for some time.

The DIYs have mostly been a learning experience.To be honest I don't have much patience for it.  I made a mess of a few things which had to be undone and then re-done. I'm not finished yet and will continue working until at least the official end of summer. Even simple things can be a bit confusing if you've never done them before.  I've been relying on You Tube for tutorials for almost everything. Thank goodness I can turn to You Tube.

On the last day of August, I remembered my dear late mom who would have turned 89. I miss her but know I will see her again one day. Also on this day I received a card from a friend in Colorado. I couldn't believe it when I opened the envelope to discover a Christmas card written back in December. I understood from the note that my friend and her husband have been temporarily living in another state so they can look after her mom.  I'm hoping by the time I write back she will still be at the temporary address.

I have the sense that I'm turning the corner on the long list of DIYs I've been working on.  Today I received a shower curtain and the new doorknob for the master bathroom.  I didn't waste any time in steaming the wrinkles out of the shower curtain and putting it up. I absolutely love and I intend to keep it.  It means I'll be returning the creamy white waffle weave curtain I bought last week. The off-white colour was too 'yellow' and clashed with the natural white paint colour on the bathroom walls.  Later in the day I'll return the items to the stores and on Saturday I hope to repair the small holes I made in the door and touch up paint before I install the new door knob.  The rest of the weekend I'll give the bathroom a thorough cleaning and see what else I can declutter before moving on to other projects. If you are interested in seeing what else has been accomplished you can click here.