- March 27, 2010
Kamloops, British Columbia is a very different place from where I live in Vancouver. Kamloops is about 4 hours drive north and is located in what is called the Interior of the province. It is cattle country and for years this small city was more like a frontier town. 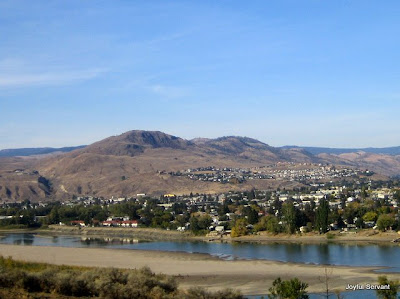 [Panoramic shot of the North Shore, Kamloops]
I'm happy to say that in the past decade or so things have changed a lot. New commercial buildings have gone up aplenty. New areas of the city have seen significant residential development and there are new facilities and services to be used such as the new downtown library and the one that will open on April 19, 2010 on the north shore. There are also new hotels and restaurants. 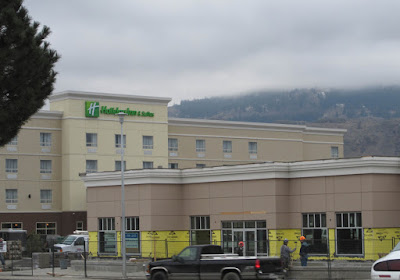 [Photo of the newest hotel opened in February 2010]
If you are a golfer there are numerous golf resorts. If you are a mountain biker, the city is known for it's mountain bike trails. If you love the outdoors the entire region is known for fishing and camping. If you like hot weather you are also in luck as the summer temperatures can frequently get over 30ºCelsius. So you will likely want to hang out in one of the city's many beautiful parks just to stay cool and relax. Or you might participate in a community or national event like Canada's birthday on Canada Day, July 1st. 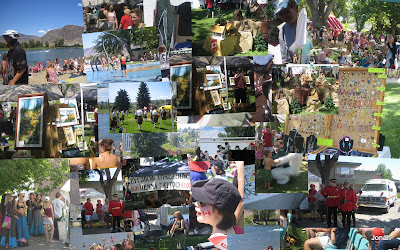 [Collage of photos taken at park on Canada Day 2009.
Click on photo to enlarge]
Whatever you want to do, you will likely be able to do it in Kamloops. But you better hurry. Those real estate prices have been going up, up and up.

Here now are a few photos taken downtown in February 2010.

[Plaza Hotel, a landmark in the city centre]

[Traffic is not exceptionally heavy]

[Buildings downtown retain their history. Big malls are on the hill & across the river]

[One of the local radio stations]

Click on the badge above for more scenes from around the globe.
Canada Day kamloops Kamloops photos parks real estate scenic sunday