Do not rebuke an older man but encourage him as you would a father,
younger men as brothers.
1 Timothy 5:1

Many of my regular readers know that both my aunt and uncle are having cancer challenges. After learning about these challenges, I made my way north to visit them, though they live in different towns. I wrote about my uncle's situation here and about part of my journey to see him here.

My uncle's surgery took place today. Though the surgery was fraught with dangers due to his advanced age and ill health, he apparently came through it with flying colours. He is now recuperating in ICU for several days. The doctor even said he may be released early as he is doing much better than expected though I am hoping they will keep him long enough to rest and make sure he is strong.

We were also told that my uncle would have to wear a colostomy bag but praise to God, it appears the doctor was able to perform the surgery so as to avoid this result.  This means my uncle gets to remain in the place he calls home, rather than be moved permanently to the hospital where they have a floor for seniors who need medical care. Since the colon has to be sewn back together after removing the cancer, we continue to pray for a good healing of the wounds and no leakage or infection.

I can't tell you how overjoyed the family is!  I want to thank everyone who prayed for my uncle.  My aunt too is doing fine though the doctors are keeping a watch over her. In her case, both sides of her breast areas were causing alarm. But after a few tests the doctor doesn't feel it is a return of cancer and he is keeping an eye on things.  I've known this since I visited with her in May but I don't think I reported it here in case you were praying, and wondering. 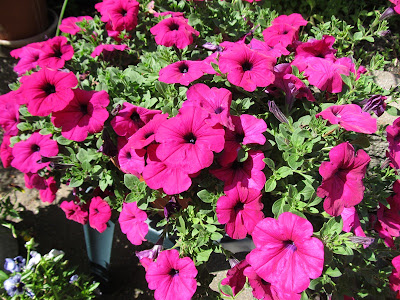 I hope you all have a pleasant weekend. I know I will.

After doing well initially, my uncle had a setback. It seems that putting the intestines back together did not work. Since his first surgery my uncle had to have emergency surgery on Thursday. Then on Sunday he was operated on again and given a colostomy bag but he did not regain consciousness. He passed into glory today at 5:35 p.m. PST. His mortal body will be laid to reset sometime this weekend. His immortal body has been welcomed into Heaven.