Some of my readers may have heard about some key resource developments in this part of the world.

One of them is the Enbridge Northern Gateway Project which would see the construction of twin pipelines from Bruderheim, Alberta to Kitimaat, British Columbia. 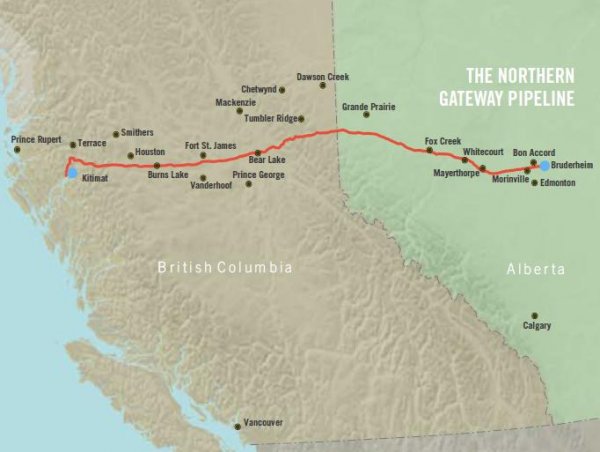 This project was proposed in the mid -2000s and has been postponed several times. The project proposal was submitted to the National Energy Board in 2010.  It was accepted by the federal government in June 2014 and here are hundreds of issues that must be addressed during the next phase of development. 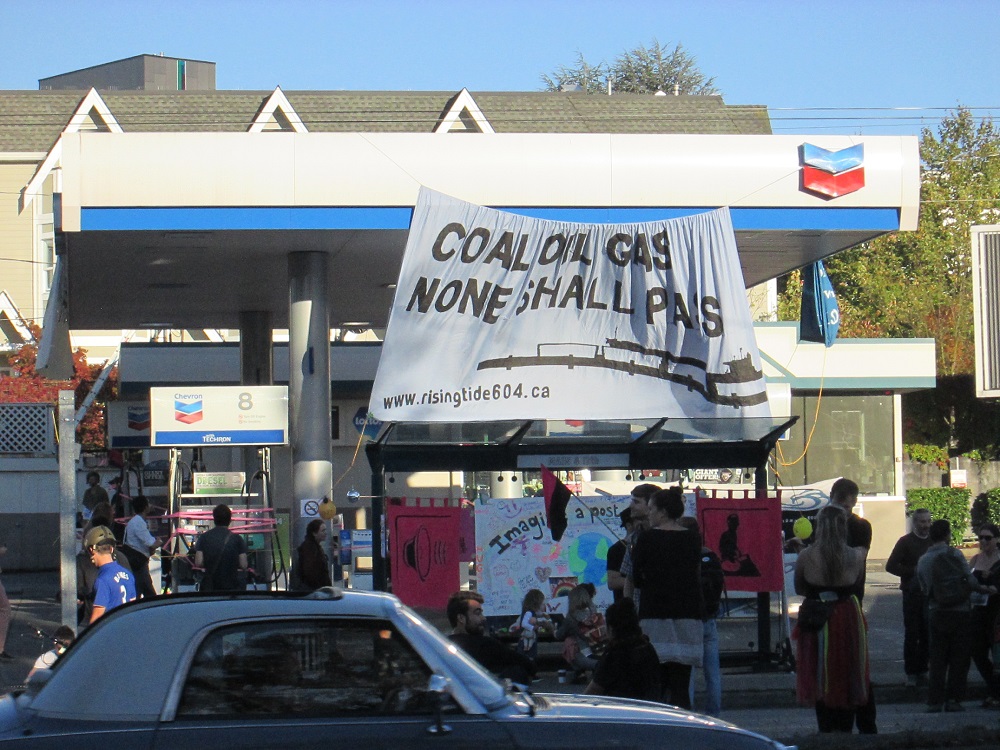 There are several competing projects.

Kinder Morgan, a US based company has a proposal to expand Trans Mountain Pipeline, which runs from Strathcona County, Alberta to Burnaby, British Columbia. This project would see a tripling of the company's capacity to transport oil and if approved is expected to be operational in 2017. The weird part is that building is going on to accommodate the increased capacity even though the approval hasn't been given. It makes me cynical about the process since I don't think a company would spend this kind of money if they didn't feel they would get approval. 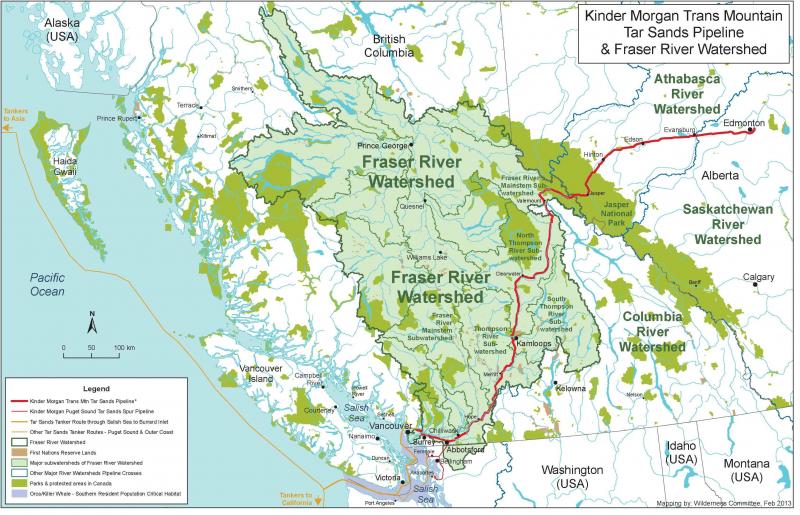 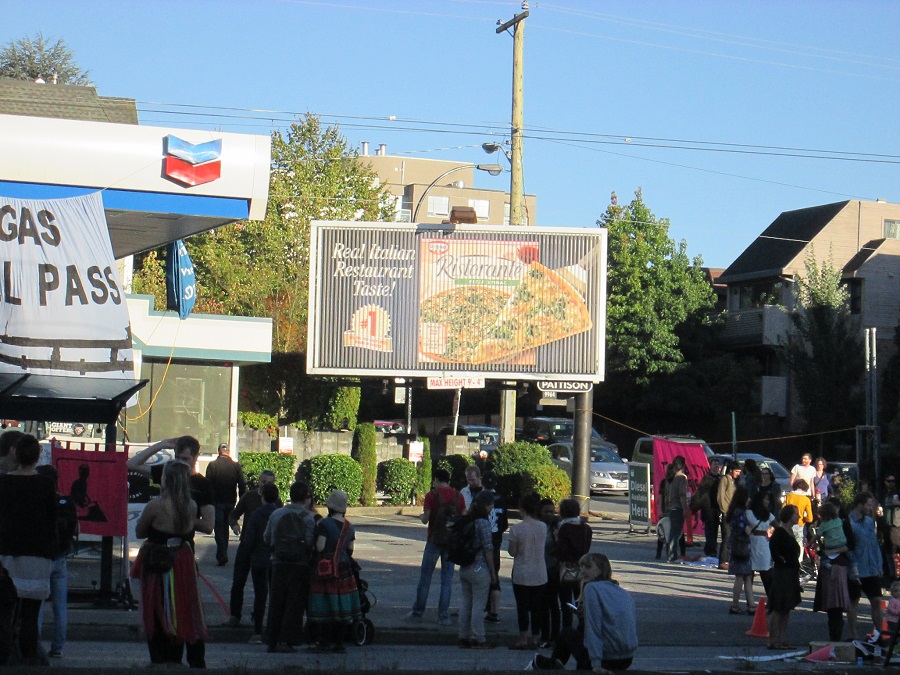 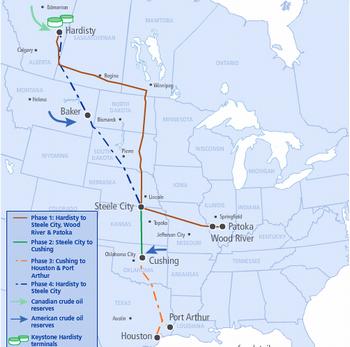 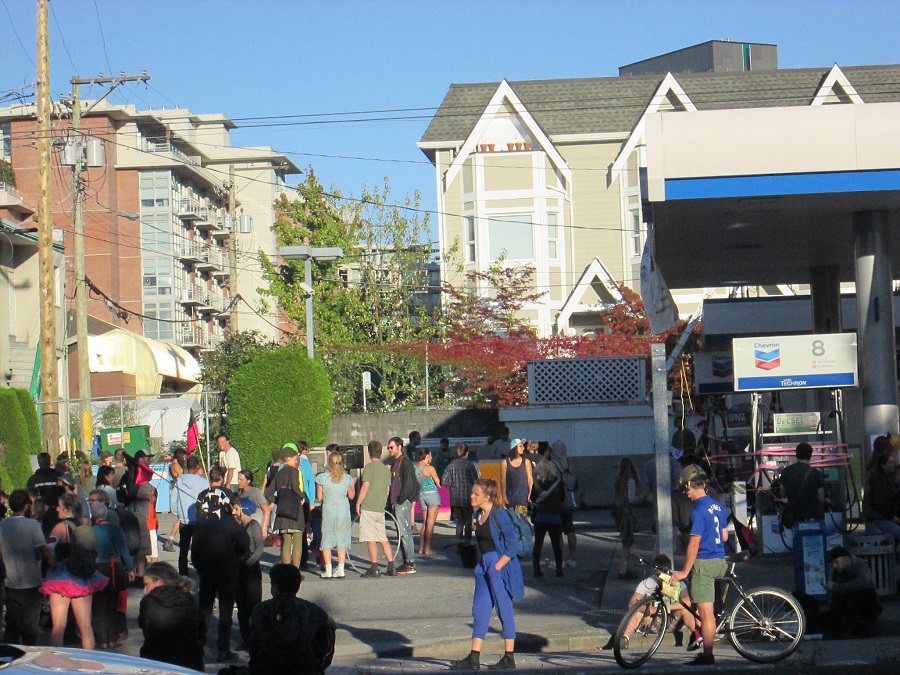 The oil would be piped through Canada but on it's way to other markets including the USA.

With all these resource projects in development added to ones like the Alberta Tar Sands project it is no wonder that people are concerned about detrimental environmental impacts.

The peaceful protect was overseen by the police and the protesters shut down the gas station for about 4-5 hours on Saturday passed. You can see the pink bands around the gas pump while people stand around talking, playing music and dancing in solidarity.  This was a relatively small protest.  There have been other protests on the related issues and I'm sure many more protests to come as people demonstrate their opposition to the resource development projects.