- September 20, 2014
It's Saturday today and a glorious sunny day it was.  Though I am feeling much better, I am still having issues with my digestive tract after food poisoning just over a week ago. I didn't realize that convalescence would take so long.

I'm not doing much yet but I have gotten back to regular appointments and errands.

Thursday a friend and I went to a movie called "The Giver" with Meryl Streep, Jeff Bridges and Katie Holmes. While it wasn't the best movie I've seen, it certainly was good enough to make a person think about the world we live in. In the movie, people live in a world where there is no colour or emotion, no sickness or war, no pain and no human touch, no books or knowledge of history.  It makes one realize that there can be an absence of all these things for all the "right reasons", usually idealistic reasons.  Yet the world can still be missing something and there can be hardship of another kind like no joy, no love, no touch, no feeling.  With all the warts, flaws, sadness and suffering in our world, it is still a rich world and preferable for most of us to living in a tightly run world of ideals for the common good.  At least that was my take away from the movie. If you see it yourself, I'd love to know what you think of it. 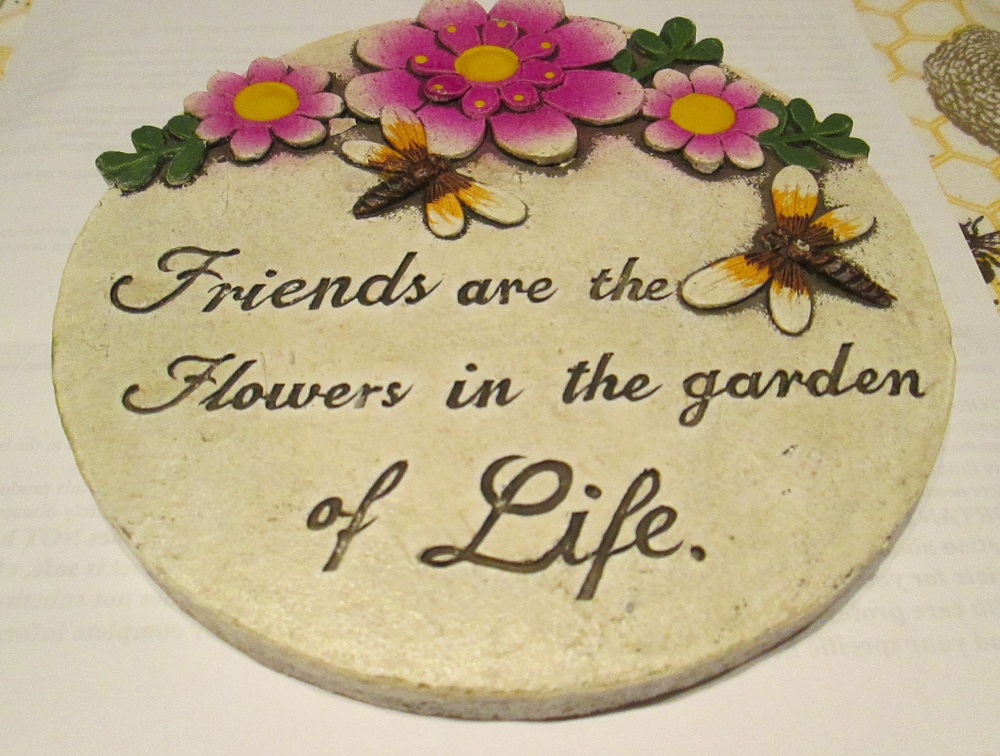 Yesterday, I went for my weekly appointment in the Kitsilano neighbourhood. I called a friend of mine the night before and we planned to meet for coffee and lunch afterwards. It was nice getting together with her and she had some gifts for my birthday which passed in May. It was such a nice gesture and surprise. She also bought me lunch to celebrate her recent promotion at work. We went to a new to the both of us place called Tang's, located at Broadway & Macdonald.  The food was delicious and I will have to go there again some time.  My friend had a deep fried tofu dish with chili and I had a beef and broccoli dish which came with hot and sour soup and pickles.  A nice added touch. The last time my friend and I got together I was treating her and her son to dinner at an Indian restaurant called Nirvana.  We were celebrating her new job but neither of us were impressed with the food or their miniscule portions.

At the post office today I picked up a parcel I've been expecting. It was my new Eurosteam iron (mine is blue not black).  I don't iron that much anymore but from time to time I need a really good iron for ironing cotton fabrics and shirts. If this iron is half as good as the demos, ironing will be a breeze.

I  bought this iron on line at a really good sale price and can't wait to try it out. I'm looking forward to being able to steam out wrinkles in a fraction of time than the usual. 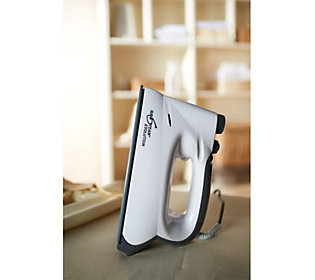 After the post office I went next door to the grocery store and I bumped into a neighborhood friend I haven't seen for some time. It reminded me that the last time we bumped into each other at the coffee shop we exchanged phone numbers.  We both said we should make plans to get together rather than simply bumping into each other all the time.  I am not even sure where I have her number so I guess I should look for it. I'm either very good at keeping in touch with people or very bad.  Also, if I make a few efforts and the other party doesn't reciprocate then I drop all efforts because life is actually very busy and there is always someone else to see or something else to do.

Just yesterday I was also thinking about my former chiropractor.  I haven't been to him for adjustments in years since I worked at a downtown job  Unfortunately he was diagnosed with MS and recently retired from practice because the disease has advanced too much.  He and I promised to get together after his retirement but we haven't done so yet. I guess need to contact him and see how he is doing and whether and when we might get together.  He and his wife are just the dearest people you would ever hope to meet.  I think of him like a dear brother.  His wife is one of the most supportive spouses I've ever met. She gave up a promising career to be her husband's main office receptionist and supporter.  It was always a pleasure to go to the office and have a chit chat with the both of them.  When you meet people like that it is really important to try to stay in touch though it can be challenging in this busy age and time.

It has been raining this week but today the sun came out in all it's glory.   It is supposed to be another nice, sunny day tomorrow too.

I'm going to church and maybe after that I will get out to one of the southern "burbs" along the waterfront. There is a touristy kind of store that I want to check out because it might have some unique gifts.  I also want to take some photos by the waterfront because it will be the last opportunity  before summer officially ends.  If I don't get out that way tomorrow I will have to wait another week or two.  Rain is expected back in these parts on Monday and will likely last for most of the week.


I hope you are all enjoying your weekend.