I finished the last book in the Century Trilogy. It was over 1000 pages so I'm glad it is done.  It was weighing heavily on my wrists which suffer from pain now and then when overusing the computer or other hand work. I still like to read paper books rather than books on my devices. It is more enjoyable and comforting for me somehow.

So I had to get to the library today as I discovered last night that I had an overdue fine for the Maeve Binchy Biography. 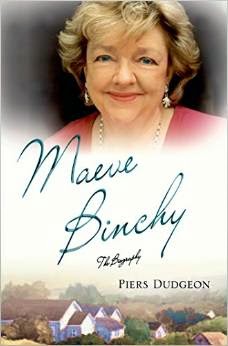 I finished reading this biography on December 28th, well before it was due on January 3rd.  I usually wait for a notice from my library about books coming due and I don't remember receiving one. So I was more surprised than anything when I logged on to my account and found I owed a fine. It wasn't so terribly much (90 cents Canadian). It is just that I try very hard not to have overdue books and overdue fines. Every bit helps the budget.

I took out a new book about an interesting man who developed a special relationship with elephants in Burma and how he subsequently used elephants to save people during WW2. It is called Elephant Company. 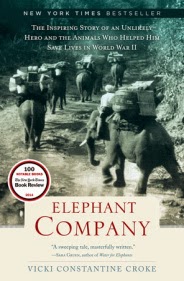 I put off starting on this new book for a bit.  When I got home I saw that tonight a television mini series (6 episodes) based on a book I very much enjoyed reading last year was starting.   The book and series is called  Book of Negroes. It is being live streamed on Canada's national television network, the CBC. You might be able to access it. Let me know if you are able to watch it at this link. I'd love to know if you are able to view it from somewhere else in the world and what you think of it. Filming was done in South Africa & Canada. Weather here is quite nice at the moment. It is not raining and not snowing. There is no white stuff on the ground so nothing to shovel or walk carefully through.

When I took my walk earlier there was mist in the air and it was a bit nippy so I took my pashmini shawl with me to cover my neck but I didn't really need my gloves. However this past week much of Canada is digging out from under heavy snowfalls and I suspect the United States is coping with the same weather since it is winter after all. Take care in the snow and for those on the other side of the world, enjoy your sun and warm weather. That too will arrive here in a few months along with the flowers.

Since before Christmas I've been working on a new wardrobe. It will have lots of maxi dresses, both sleeveless and flutter sleeves, light cardigans and light tops.  I'm preparing for my next travels to warmer climates.  I'll let you know when I've decided when and where I'm going.  Until then, happy dreaming *smiles. 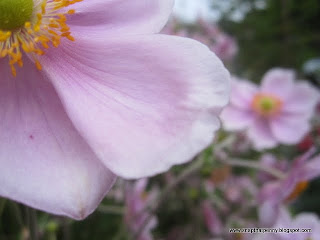