Thank you to those who commented on my new hair post here. I'm afraid I'm still getting used to the new do.  Though it seems long enough in the photo I've discovered a gazillion layers in the back of my head.  I don't like that because it makes my hair quite "bushy".  I need to blow dry to smooth it out and that means extra work and more damage to the hair. The new do and highlights were done by a new to me hairdresser because she had a Groupon (discount) promotion.  Once it grows out a bit I will go back to my regular hairdresser. I am just grateful that the hair is not any shorter.  At least I can put it up and not have it swinging back and forth while it grows, lol.

The  main thing is that someone who is in great need will benefit from having my hair.  That is a huge incentive.  I  still remember my dearly departed sister. She died of non-Hodgkin's lymphoma many years ago.  While she was going through chemotherapy she was very concerned about going bald.  Thankfully she did not have to suffer that indignity.  Though  her hair thinned out greatly it still looked nice and I was happy for her.  If any of you are in a position to donate hair, especially very long hair, please consider doing so.  You will make a wonderful difference in someone's life and boost their self-esteem while they are undergoing cancer treatment.


Over the past week, I've felt emotionally drained. Besides the young boy in Kenya who was released from Nairobi hospital after his facial tumour was removed (he's gone back to his home community for the chemotherapy), I have another contact named Ernest (brother of a close friend) who is suffering from liver cancer. It came out of the blue and was discovered when his eyes turned yellow (jaundice). From there he underwent a battery of tests. He has also had surgery, sepsis and chemotherapy a short while after clearing infection.  In order to get treatment he has to travel from his home in Kericho, Kenya to a city called Nakuru which is about 2 hours away.  I've been on this long and winding highway and certainly wouldn't want to travel it when feeling ill. Please continue to pray for him as he recovers.


In other news, I was expecting a LOT of rain today but it didn't rain after all. The weather man said a few moments ago that there will be rain off and on this week though. That is unlike Toronto (in the east), that according to a friend suddenly got 30+ Celsius after having a coolish Spring. He said they will have these high temperatures all week. Toronto is well known for getting hot and humid summer temperatures. Maybe that's why they have 65 indoor pools, 57 outdoor pools and 104 wading pools.

By contrast, Vancouver only has 9 indoor public swimming pools, 5 outdoor pools and 24 wading pools.  We lost the neighbourhood pool several years ago despite lobbying by residents to save the one that was shut down.  Every now and then there are calls for a new neighbourhood pool.  I would like to go swimming and use the facilities especially the hot tub and sauna but I now have to travel a distance and it isn't convenient. I heard recent talk that there may be plans to open a new outdoor pool in the neighbourhood. My preference would be for an indoor one complete with sauna and whirlpool. However an outdoor pool would be good.  Especially for those that want to take their children somewhere during the warmer days of summer.


It hasn't been dry enough or warm enough to really sit outside yet so I haven't even put the cushions on the patio chairs. In fact, I haven't even finished planting my small garden. Some varmints are eating all the leaves from the veggies and I can't keep up to planting new ones or protecting them. You win some, you lose some when it comes to gardening.  I am eagerly awaiting the blossoming of my dahlias this year.  Last year they didn't grow very high and they did not blossom. This year they have already grown to twice the height.

About a week ago a friend and I went to a classical performance. The key attraction was a young, up and coming mezzo soprano from Tacoma, Washington, Miya Higashiyama, accompanied by Carter Johnson (piano) and Nicole Linaksita (piano).

All the young musicians (all three in photo below) are incredibly gifted and so talented. 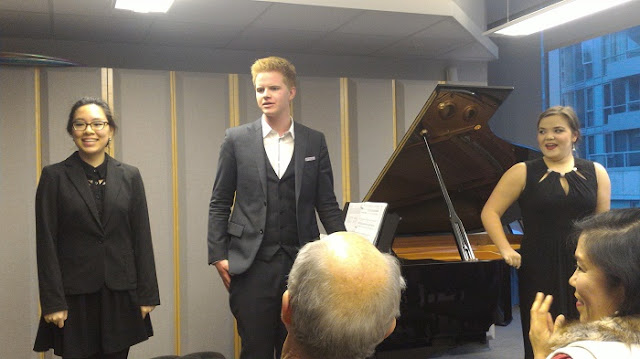 They are also well rounded and do more than sing music or play an instrument.

Have you checked your blood pressure lately?
Mine is doing well.
The bottom number is a little low (60) but the doctor says not to worry about it.
She is mainly concerned about the top number (113 - systolic pressure). 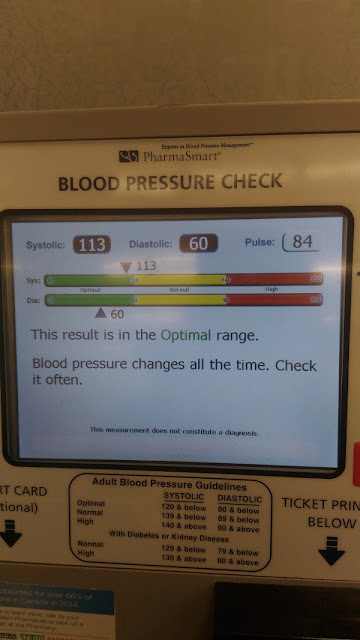 
A young friend in Nairobi, Kenya sent me the photo (below)  taken at the coast near the town of Kilifi, Kenya.
He was on a school field trip to Kilifi and Malindi areas.
Seeing his photos made me want to travel there
I have travelled to the coastal beaches just north of Mombasa but not as far north as Kilifi.
What I have seen is very beautiful and attracts tourists from all around the world.


Europeans, especially Italian tourists love to holiday along the coast line.  Those that like seclusion especially like the area around Malindi and Lamu.

You can see from the map that these areas are rather close to Somalia (especially Lamu).  One has to be concerned about attacks from Al-Shabab terrorists and about the possibility of being being kidnapped by Somalian pirates.  Kenya relies heavily on tourism for it's economy and so is also concerned about it's tourists.

A few years ago Kenya had enough of  attacks by Al-Shabab and kidnappings of tourists and sent Kenyan troops into Somalia.  Since then there have been numerous retaliative attacks against Kenyans within Kenya.  Just yesterday there were a few more soldiers killed in the line of duty.  May their families be comforted and may their souls rest in peace.

On North American soil, the tragedy that recently occurred in Orlando reminds us of the threats not just across the waters, but also closer to home. In Vancouver today, one young man was attacked on his way to LGBT public gathering in memoriam for the lives lost in Orlando. I have such disappointment that there are so many vile people in the world. Those who think nothing of hurting others simply because they are different.


The world would be a better place if we could only have more love for one another. 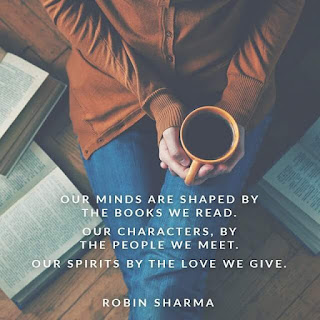 Joining in with Our World Tuesday this week.