But as you can see from the photo below, it was raining very heavily. It has been raining heavily here for some time. 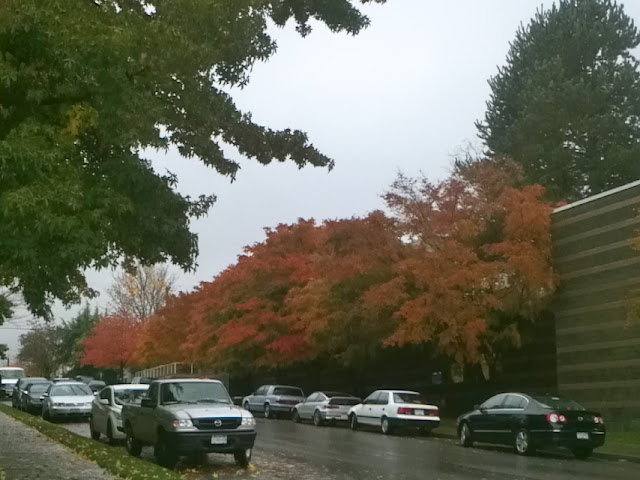 On days like this I like to stay home and make some hot soup or bake something comforting, read a good book or go to the movies.

It was a rather long movie set in post-independence India, and based on the book and screenplay of the same name by Salman Rushdie.  I won't give away the plot but I did enjoy it.  It seems there are many good movies being released in November and December. It's a great relief to know that there are still good movies being made. The next one I hope to see is "Searching for Sugarman" (already released) or "Anna Karenina" (released on November 21).
fall colours movies rain