In my quest to eat better and get healthier I am back to cooking from scratch.  The recent make was potatoe and leek soup.  This soup, and leeks in general seem to be more popular in England than it is here in western Canada.  I've never fancied leeks and though I like potatoes I don't eat as many any more. I've also never been a big fan of cream soups.

However over the past few years I crave more variety in my food adventures and I'm now more willing to try combinations of vegetables and totally new to me vegetables and find they all taste quite good.

First I scoured the internet for a general idea of how to make the soup. I checked out these recipes here and here.  As always I adapt recipes to suit my style of cooking and what I have on hand so here is what I did.

Cook leeks, celery and onions together in a large saucepan using a small amount of oil.  Let these "sweat" together until the leeks are soft (about 10 minutes).  I covered the saucepan after heating the vegetables in the pan.  Once they were warm I turned the heat down and covered the pan to "sweat" the veggies until tender. 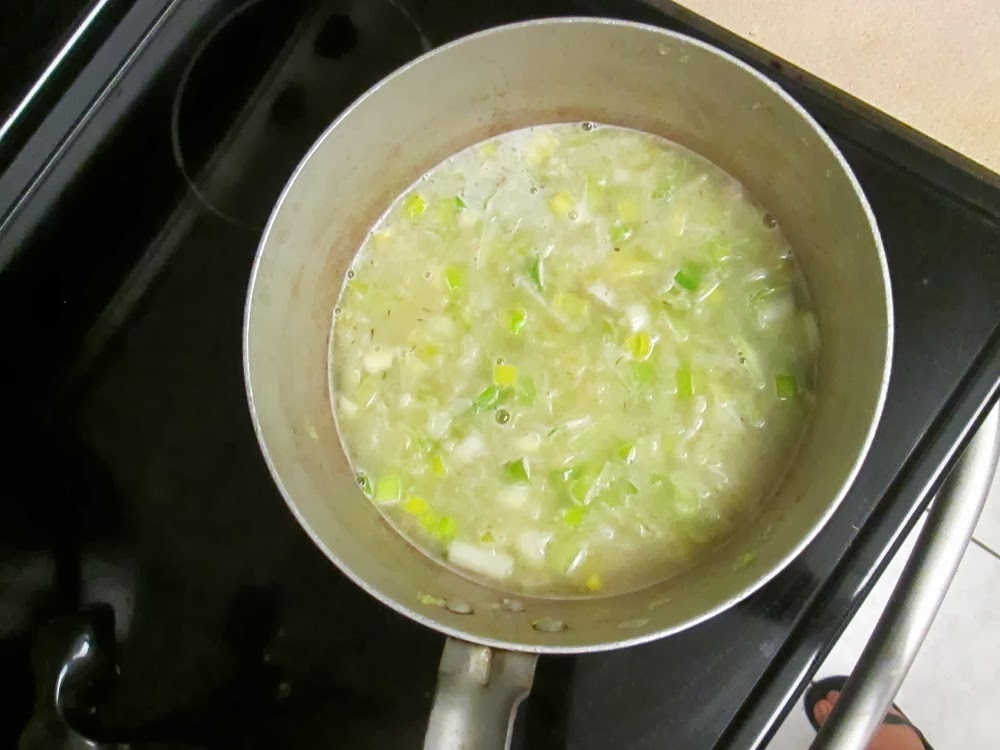 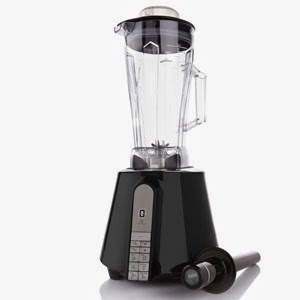 After everything was done I blended the soup in my Wolfgang Puck blender.  My blender is like the one in the photo but is red.  These are powerful blenders of 1400 watts and work very much like a Vitamix.  I bought it on sale and mainly wanted it for juicing whole fruits and vegetables. It also makes wonderful hummus and salsa.


This soup was very tasty. I didn't add any cream or milk so there is only the small amount of fat that you use in sauteeing the vegetables. If you are on a salt restricted diet you can look for sodium reduced broth at the store.  If that isn't an option and you have a freezer you can make your own stock and have it on hand.

I've learned that leeks are good for relaxing the lining of the blood vessels.  This is great to help reduce risk of hypertension (high blood pressure).  Leeks also have a form of folate which is readily used and absorbed by the body. Folate is good for a number of things including, combatting inflammatory conditions (like diabetes, obesity and rheumatoid arthritis) and coronary artery disease.  Polyphenols are also found in leeks and these are antioxidants which combat a number of chronic diseases and aging. Leeks also contain Vitamins C and K and minerals like manganese and iron.  This is just a brief synopsis of the health benefits of leeks.  Pototoes also have a lot of goodness in them but I felt this post was getting rather long so I won't write about that today

Leeks sure do sound like a very valuable addition to the diet.  I will be willing to try using them in soup again or in other dishes (I'll have to research other recipes).

After I had a large bowl of potatoe leek soup, a small blood orange and a handful of nuts I was perfectly satisfied.  Even better is that my blood glucose reading an hour and a half later was perfectly normal!

I think I'll join up with Our World Tuesday this week since cooking and healthy eating seems to be making up a lot of my world these days.

Do you eat leeks?

What is your favourite way to incorporate leeks into your meals?
at January 26, 2014