One day I was running errands in an area of town I seldom get to. I've had to go that way a few times in the last few months. 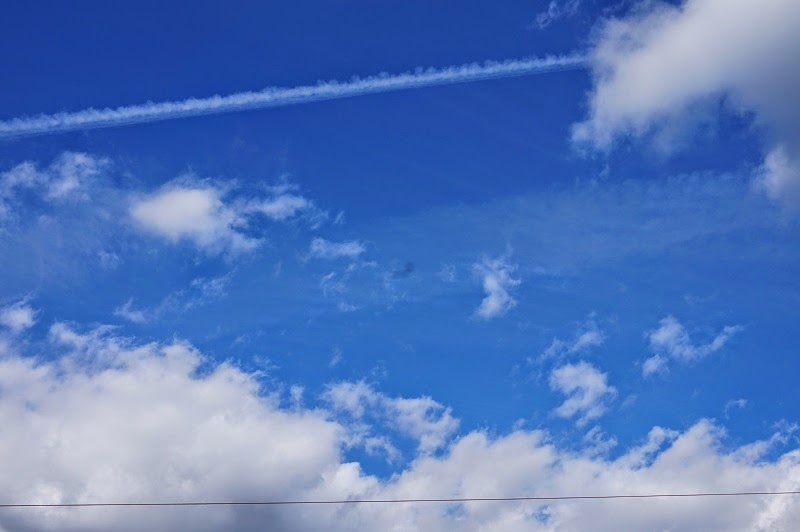 Since it has literally been years and years since I have visited this part of town, the area has changed considerably.  Whenever yuppies move into a neighbourhood, they change the area dramatically by renovating houses, opening new shops and wonderful cafes and coffee shops.

I will have to return in future to check out some of these "new to me" places.

On my last foray to the eastern part of the city, the sky was an absolutely beautiful blue, or "bluetiful".  It had been threatening to rain all day but the afternoon turned out to be fantastic.

I'm glad I ventured out after all rather than staying indoors where I would be snuggled against the elements. 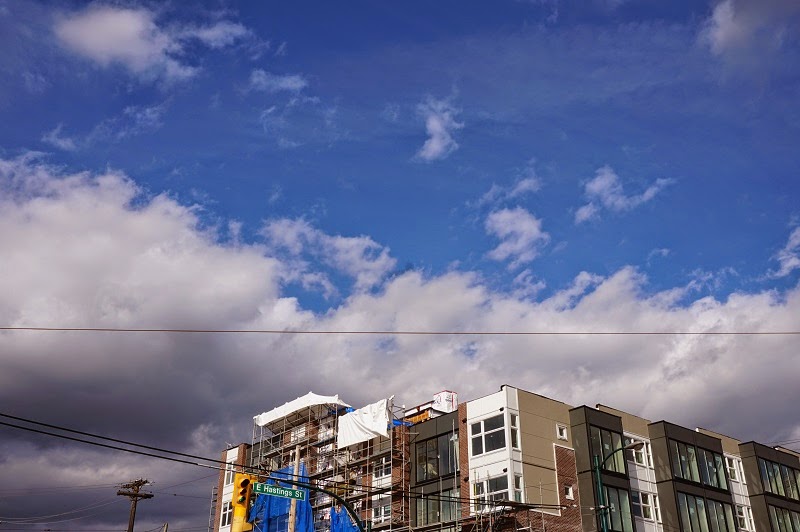 In the photo above, the building was difficult to cut out of the picture.  I also thought that the building added to the "flavour" of what is happening in the neighbourhood. 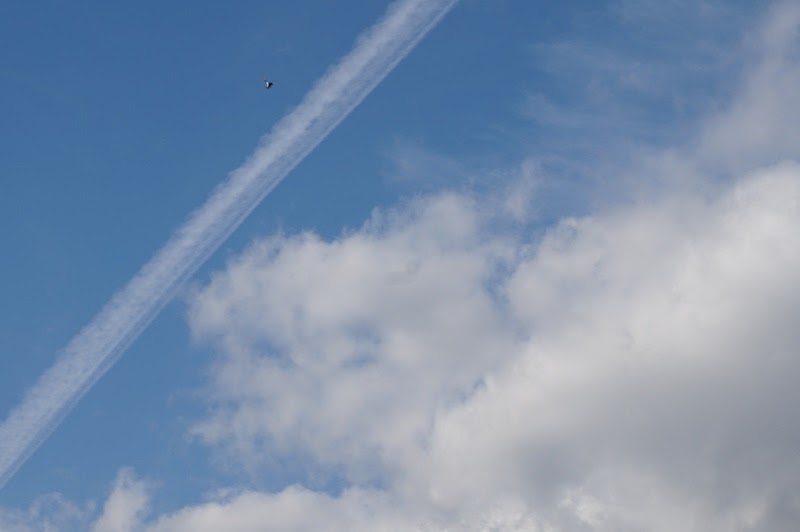 While I was trying to capture the sky and the contrail I noticed a bird flying by. 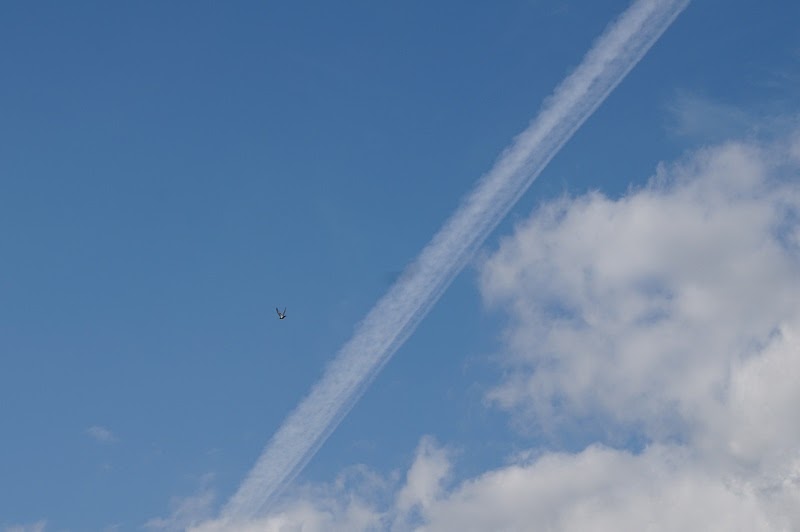 Birds in flight are always a nice surprise. 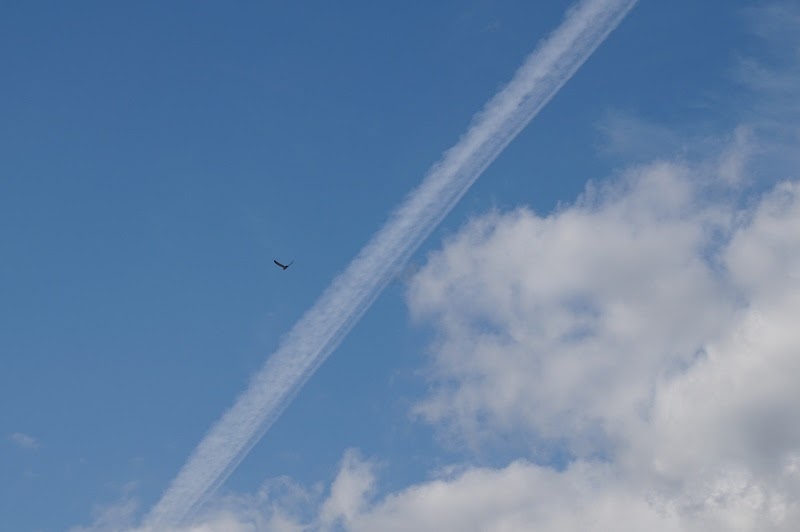 A few days earlier before these blue and white sky photos were taken I was in a totally different neighbourhood in the centre of the city.  I was there to photograph more tree blossoms. 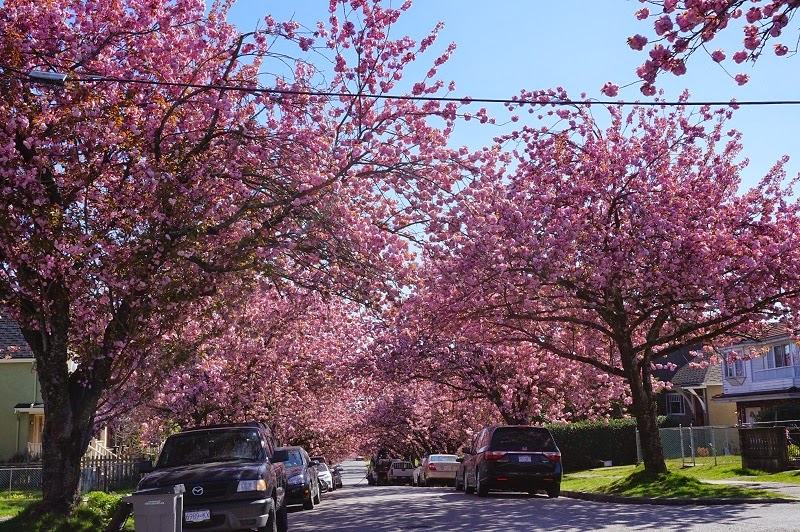 I wasn't the only one with this idea.

I crossed paths with at least 5 people in a matter of minutes.

We were all taking photos of the lovely tree blossoms. 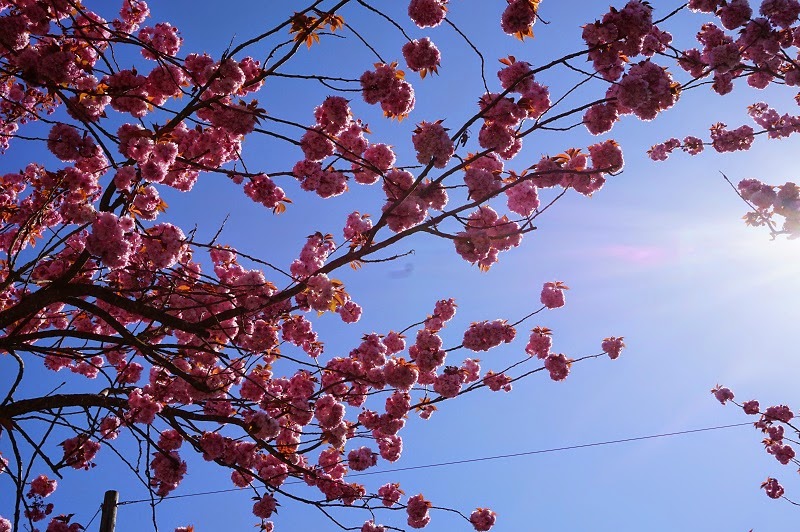 It was a very bright, sunny day with no clouds in sight.

I also took photos of beautiful red rhododendrons in full bloom but these photos were overexposed.
I'm still learning my new camera and perhaps this summer I will get some better photos of flowers. 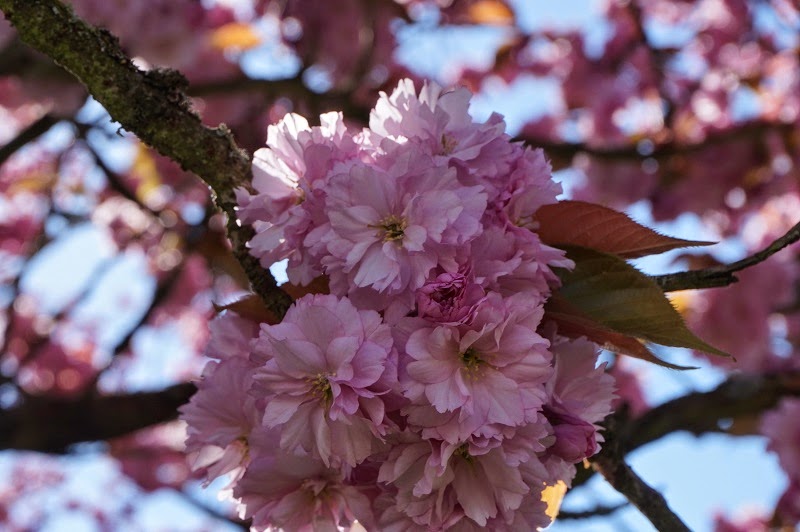 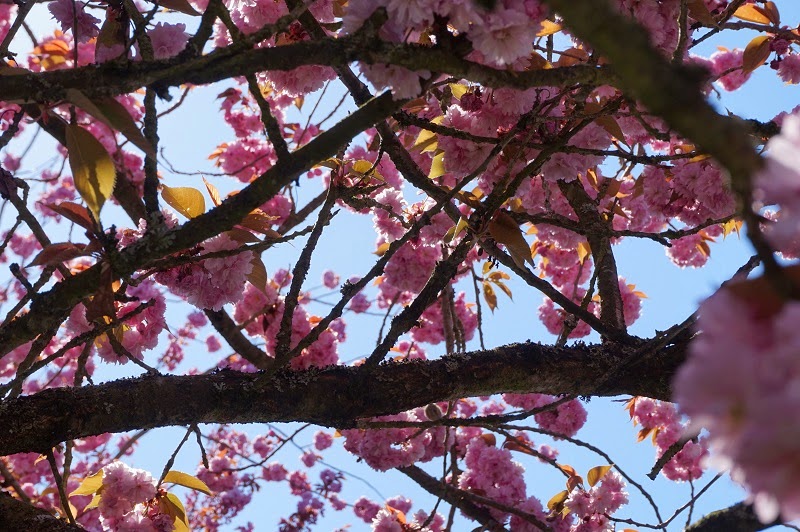 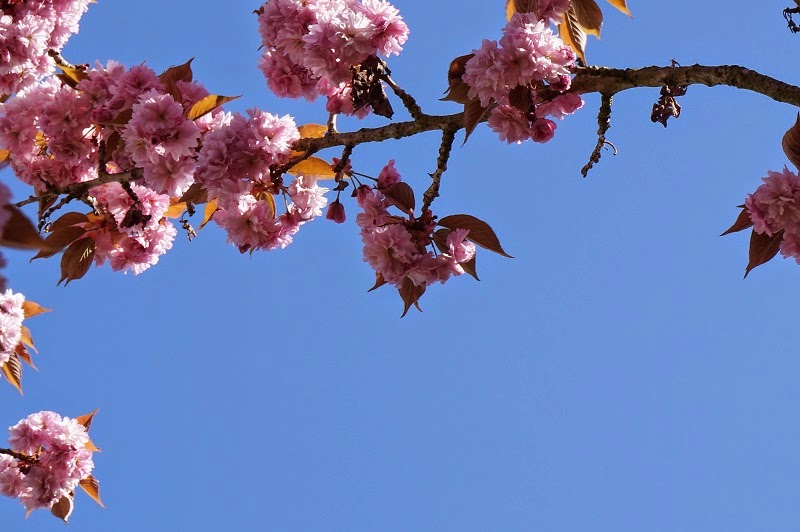 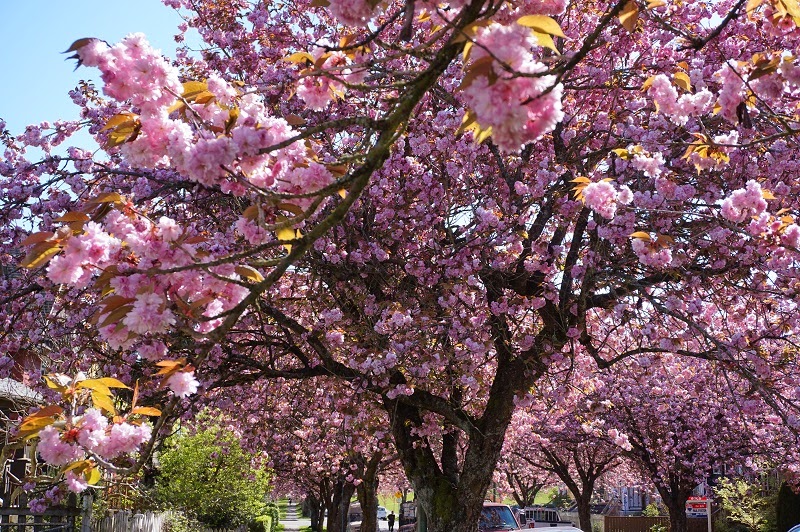 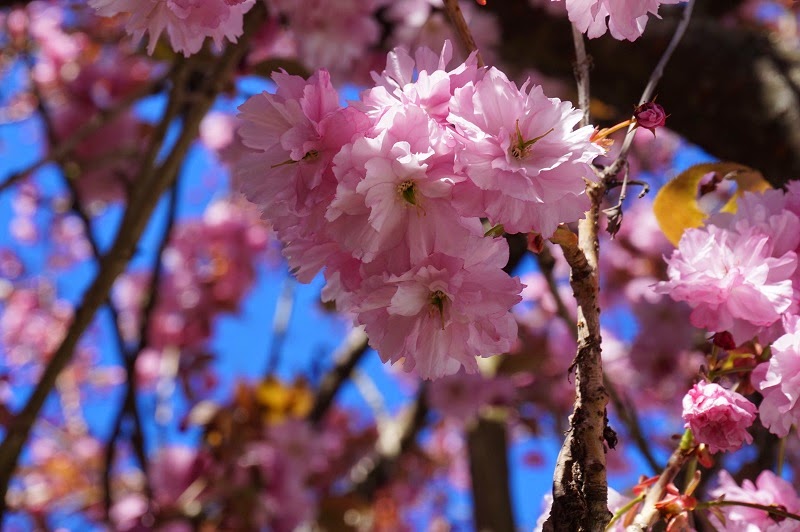 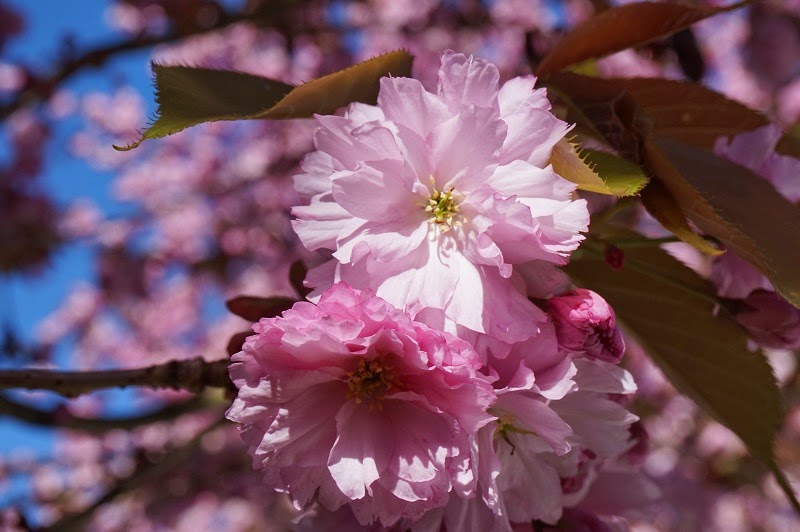 Thank you for visiting (and commenting).

Linking up with Skywatch Friday
I Heart Macro