Fall is All Around

These are current scenes of Fall/Autumn where I live.
The first set of photos were snapped early evening just as sun was setting today on Tuesday .

You can see the sky is very dark and cloudy.  But we've had lovely sunshine and warmish temperatures for several weeks, interspersed with light rain for a day or two before the rain started this week. 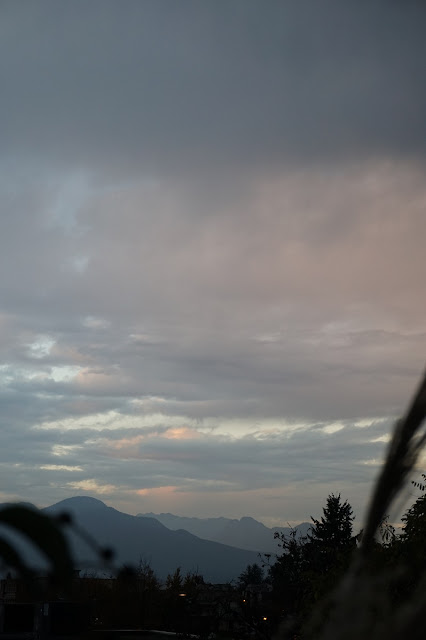 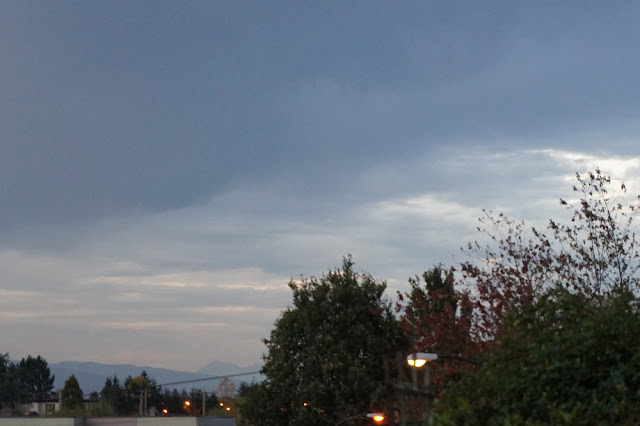 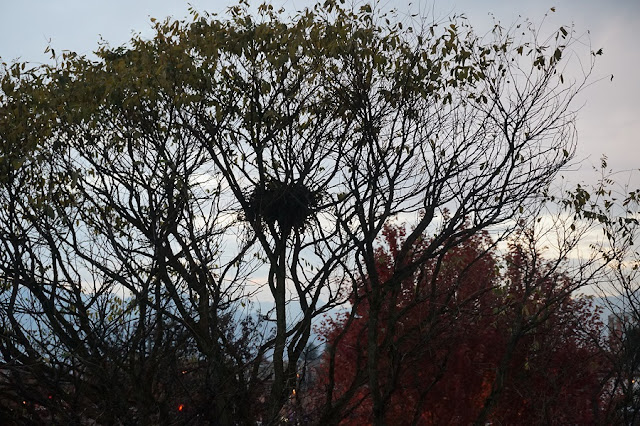 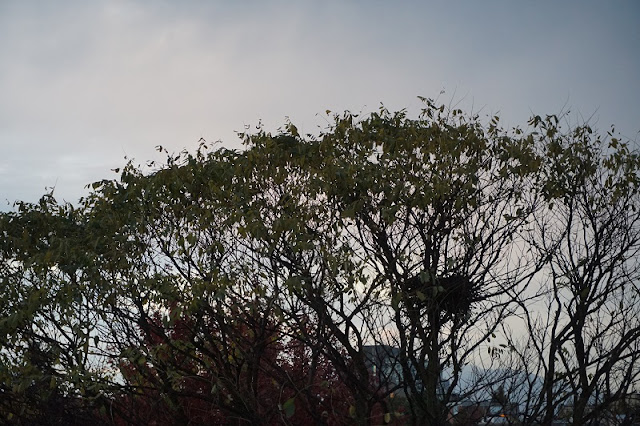 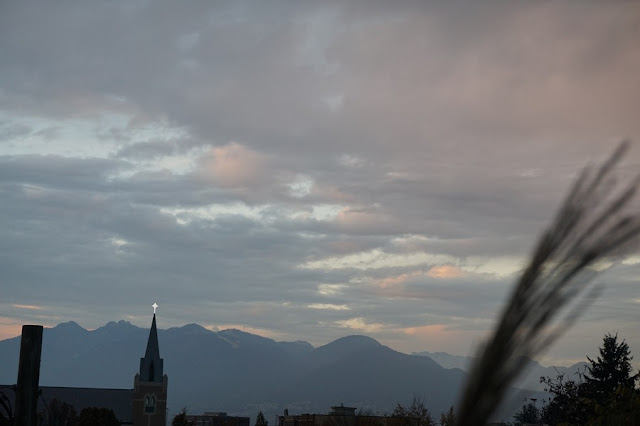 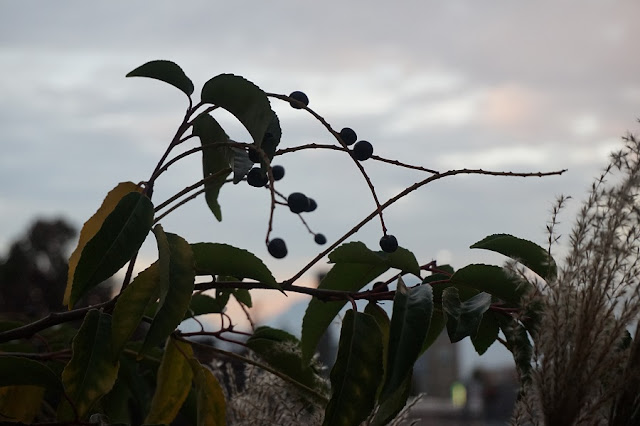 I haven't done any gardening since about the middle of August.

I need to make time to clean it up a bit before the winter comes around. 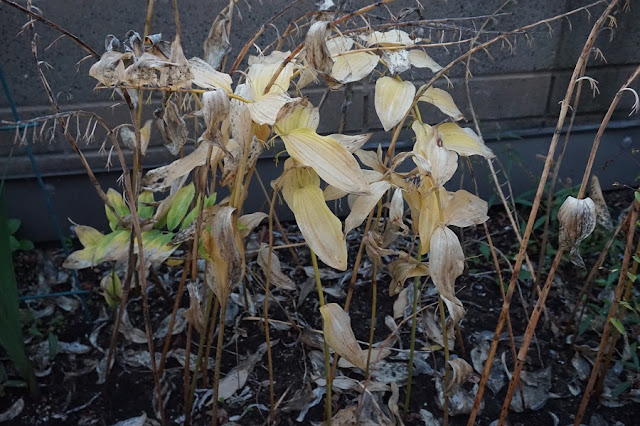 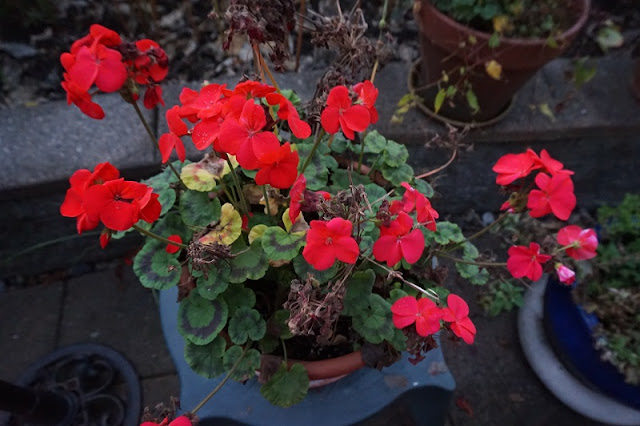 Many of the trees have lost their leaves due to wind and rain but there are still some lovely colours all around.

I snapped the next few photos when I went out for errands today.

It was quite wet! 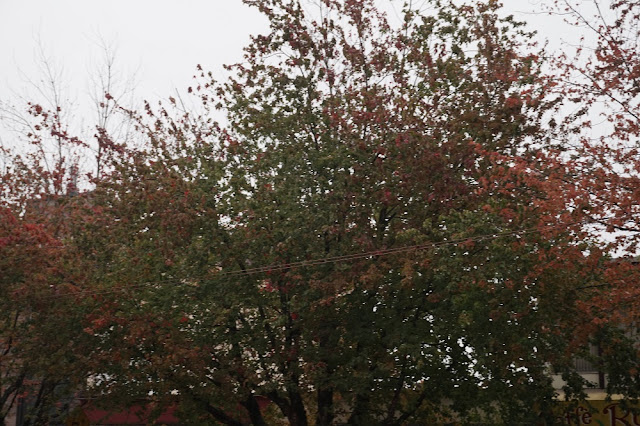 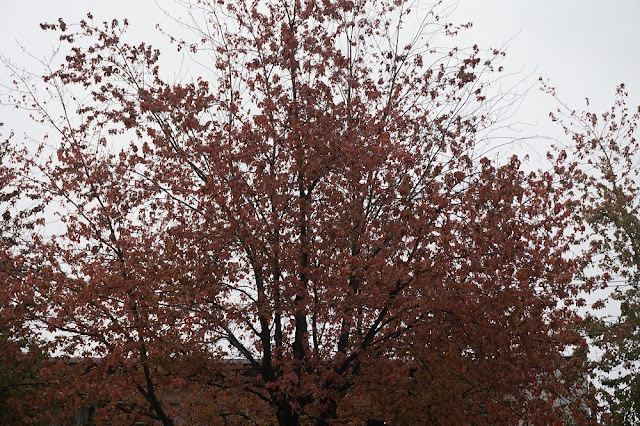 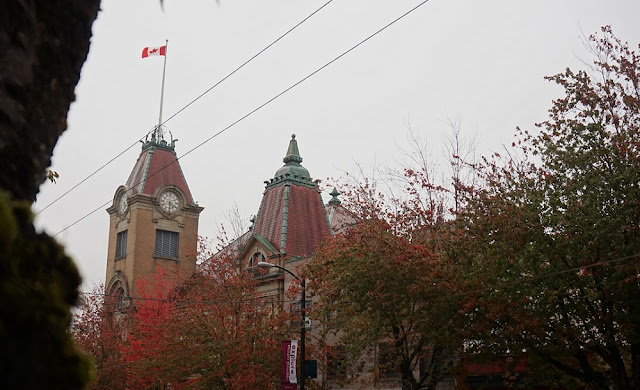 These next shots will show October in a small Kenyan town in the highlands and were sent to me by a Kenyan friend there.
My friends in the highlands have already started experiencing heavy rains.
It is expected to go on until December.

Residents in different parts of Kenya are being warned to evacuate but many have stayed put saying they have no where to go and no money to get there. 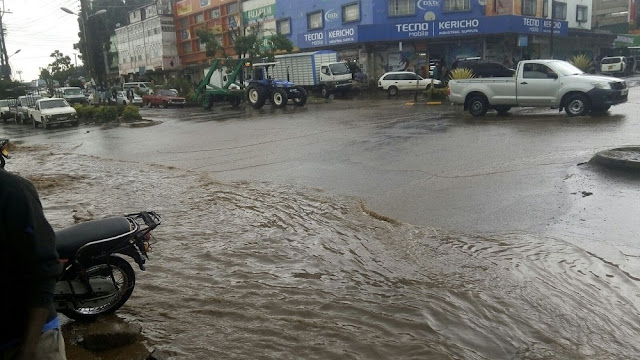 Besides being bad for people, especially the very poor, the bad weather makes it difficult for me to finalize travel plans to Kenya.

The wettest months are usually April and May.
The second rainiest season is October and November.
I would like to see or hear of a break in the expected El Nino rains and to determine how bad things are going to get weather-wise in the next month or so before I plan travels.

Nairobi (where I would spend considerable time) has already had very heavy rains and flash floods over the past several months. It has led to loss of buildings and even loss of life. Narok which is very close to Maasai Mara, one of the premier safari parks has also experienced flash flooding. 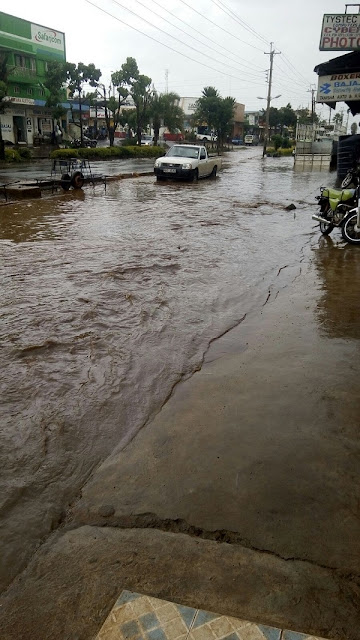 County governments have been clamoring for funds from the Treasury.  They need to prepare for the expected bad weather and potential dangers to people and property, especially in the low lying areas of Kenya. I don't know if they were successful in getting the needed funds.

I do know there is a lot of pressure on the national treasury at the moment.   Teachers have just ended a strike and medical personnel are constantly threatening to strike or are on strike.

The government says it has no money to pay the teachers.  To the governments credit, they have been doing some very good things which also cost a lot of money.  For example, these are the initiatives that come to mind: free education for many who used to pay; new hospitals; better equipping hospitals, digitizing a lot of government services and making them accessible on line; giving youth employment; improving highways; reducing cost of electricity hookup for those that live off the grid & expanding National Health Insurance at much reduced rates. Perhaps there is more they have done but this is the list that easily comes to mind.

Given all these good things, it is hard to stretch the national budget further.  Especially when so much is lost to corrupt practices.
Who can blame teachers and doctors for going on strike when corruption reaches the highest levels in the country and appears to be rampant amongst high ranking  politicians, business people and public officials.
Corruption is something thing that Kenyans want their government to end pronto.
I suspect that if they could really stop the corruption there would be a lot more money in the coffers to pay the teachers.

Kenyans have a lot to bear.
Life is not easy there at all for those that are trying to make an honest living.
It is a pity because the country has a lot to offer and the people are some of the most hospitable people I have met.

My thoughts right now are with a friend's relative and his family. A man named Edmond has a form of terminal cancer called Myelofibrosis. It is an uncommon cancer which affects the ability of the bone marrow to make red blood cells. He has had this cancer for long and is currently suffering much more than ever before.

Please pray for him and his family.  They are of very humble means and the emotional, spiritual, physical and financial stresses are overwhelming.  Not to mention the stress of how the family will survive when the head of the household is gone.

In African cultures, and for sure in Kenya, they do not like to speak of death.  So it is difficult to know how much longer this man has left to live. For now, he is in hospital and requires copious blood transfusions daily.

As I mentioned, Edmond appears to be suffering worse than ever before.
Pray too that the hospital will be able to provide the blood and medicines needed to keep him comfortable.
Kenyans lack so much of what we take for granted in health care.
Every week I read of drugs supplies that have run out or basic equipment that is not available.
Even though the government is doing a lot, there is still a long way to go to meet the needs.

Linking up with Skywatch Friday this week.
at October 08, 2015