Skies Over the Pokot

My friends who live in the highlands near Kericho, Kenya are once
again on a humanitarian mission and have sent me some photos to share.

The first few photos show the beautiful, blue sky with wisps of cloud.
I have been to some Pokot communities but not nearly as far north as my friends often travel.

They travel to different areas of Pokot country in Kenya every month, or every other month,  whenever they can get enough donations to to buy food-aid and petrol.  The vehicle they drive is borrowed from the church but if something happens that requires repair they must repair the car before they return it to the church.

Considering these believers from Kericho are not wealthy, they take on great responsibility to make sure they minister to those that are less fortunate. The people they minister to are called the Pokot and I've written about them before.

The northern and western areas of Kenya, where the Pokot people tend to live is very arid and the people are going hungry on a regular basis.  The evangelistic and humanitarian team are zealous in their care and concern for the Pokot.
They remind me of the scriptures which say: 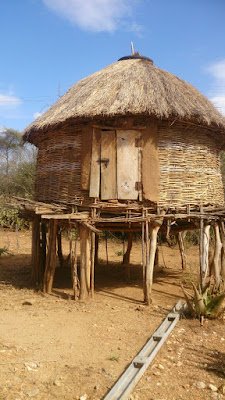 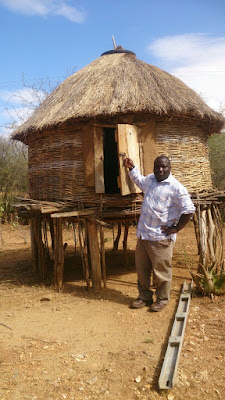 My friend Jonah always travels with several others volunteers from his church. They often go on a 2-3 day journey but this trip is a bit longer.

In the photos above, Jonah is standing by a granary or the storehouse where food is kept.
Right now the store houses are empty. 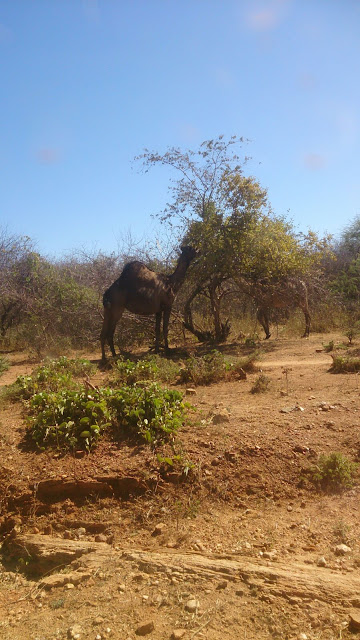 Can you see the camel in the shade of the tree?
Camels can survive without water for a long time in the desert heat.
Humans cannot.

The man in the photo eagerly drinks the bottled water that has been provided because the water is clean and he won't get sick from drinking it.

Water is a luxury in many places of Kenya; especially clean and pure water which does not carry disease. 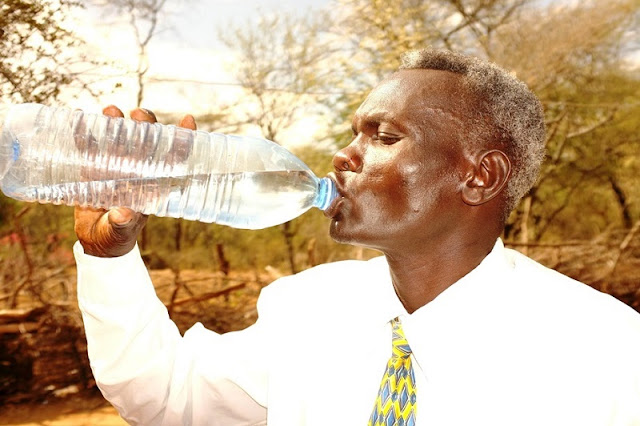 In these far flung places the people do not own cars.

If  a person wants a ride they generally hire a boda boda which is a motorcycle taxi. In a larger centre you can ride a matatu (shared van taxi).

It is not uncommon to find huge loads on a boda boda. You can also find up to 5 and 6 people riding on a boda boda in addition to the driver. Generally they are not wearing helmets. 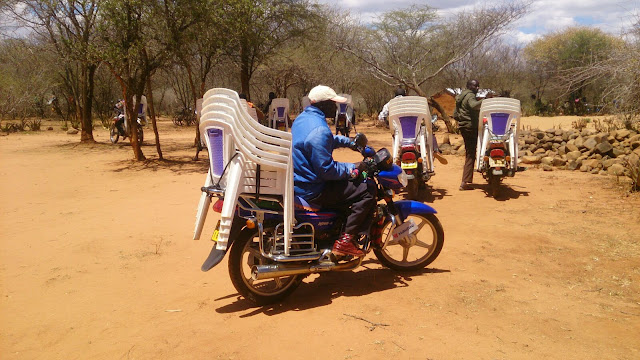 These are interesting picture because you can see how useful a boda boda can be. In these case, they are transporting chairs. 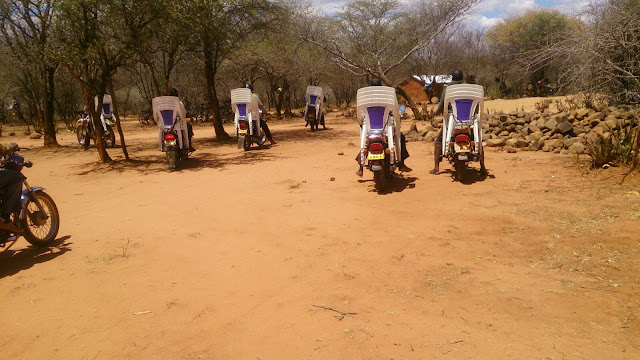 The chairs are being delivered to the church without walls where the people are gathering to worship and to receive a blessing.   Many will have to stand as there are not enough chairs. 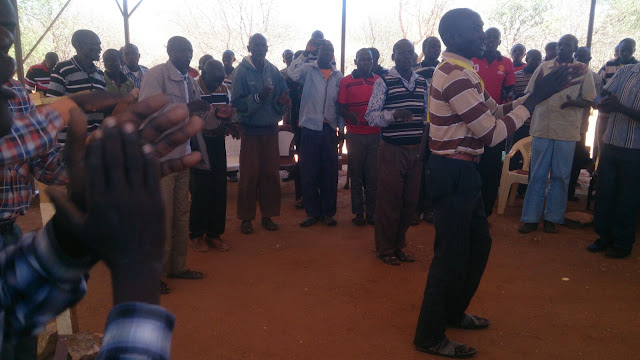 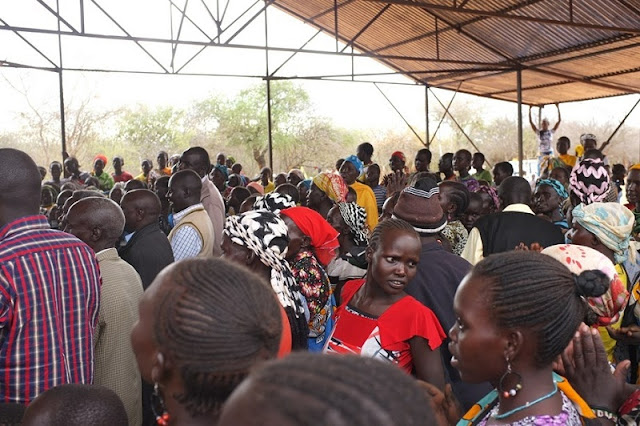 I love to see the looks on the faces of the children wherever my friends minister in Kenya.

These young and innocent faces express all kinds of emotions.
I often wonder what these young eyes have seen. 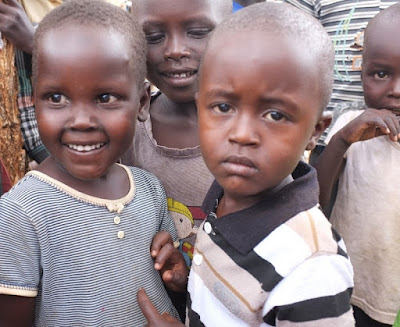 The ministry team was summoned by the midwives to help an expectant young mom in distress.
Her water had broken and the baby was in a breech position.

My friends rushed her to clinic in the 4 x4 just in the nick of time.  The clinic is 47 kilometres away so it took awhile to get there and the situation was tense.

Can you imagine what would happen if there was no vehicle?

My guess is that in desperation, they would have tried to get the woman to hospital on a boda boda.
Fortunately my friends were there.  Otherwise I shudder to think what would have happened to the young mom and her unborn child.

Jonah and the team have now returned to the community where they will be ministering until Sunday.

The young mom was left behind at the clinic.
She will be kept under observation and given care to ensure that complications like fistula do not develop.

The missions team is giving thanks that they were able to play a practical role and a spiritual one in saving at least two lives.

As always we covet your prayers for the missions to alleviate the suffering of the Pokot people.

Joining with with Skywatch Friday
at October 16, 2015