A collection of  critter photos taken down at the beach recently. 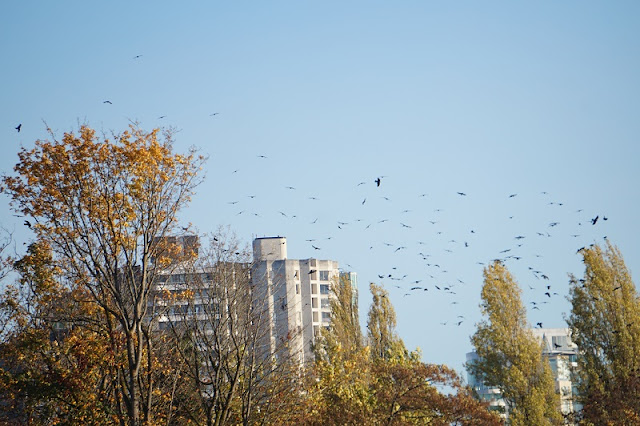 I don't know what all the commotion was but there were swarms of birds in the sky.
There were more than this but I didn't have a chance to capture them. they were moving too quickly for me. 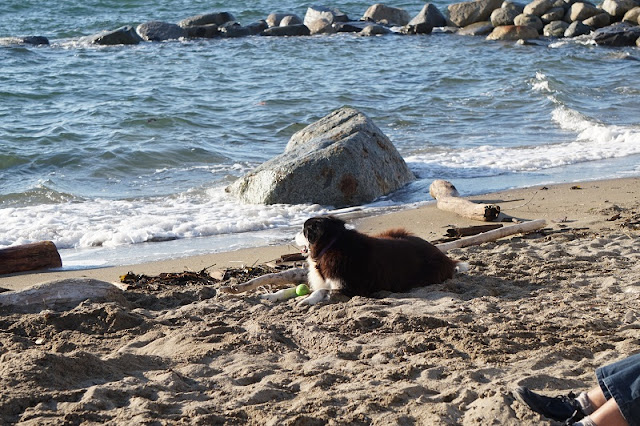 This nice dog had lots of fun watching the water and digging a hole in the sand for his ball. His owner was relaxing with a book. 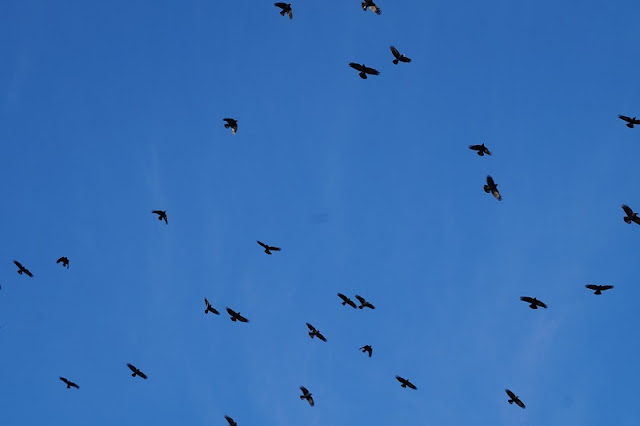 This was a smaller swarm of black birds. I think they are crows.  The black colour looks so nice against such a beautiful blue sky. 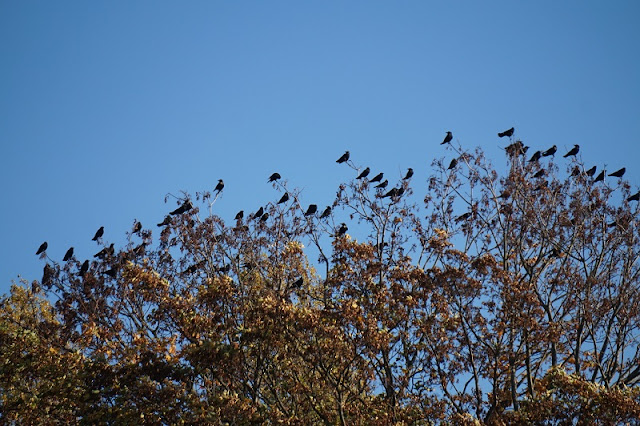 The birds perched atop a few trees before flying off again a few minutes later.
Boy did they make a racket as they called to one another as they flew off.
I often wonder what it is they are telling one another.
Since they made racket in their landing and their leaving, I assume they were
cawing about where to land and when to leave.

Joining in with host Eileen
at Saturday's Critters.