The trees photos were taken on Tuesday late afternoon when I was out running errands. I was looking for one small item and ended up having to go to four (4) different stores to find it. It is a simple little thing called a plate or tray hanger. You used to be able to find them almost anywhere.  Now I think they are becoming extinct though you can buy them on Amazon.  I found what I wanted at Michael's. The fact is, I knew that Michael's carried what I needed because I looked on line first.  But I was hoping to find them in one of the small stores near to where I live. 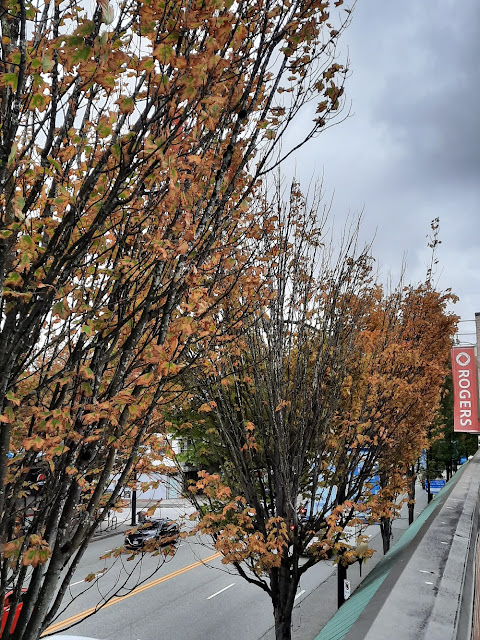 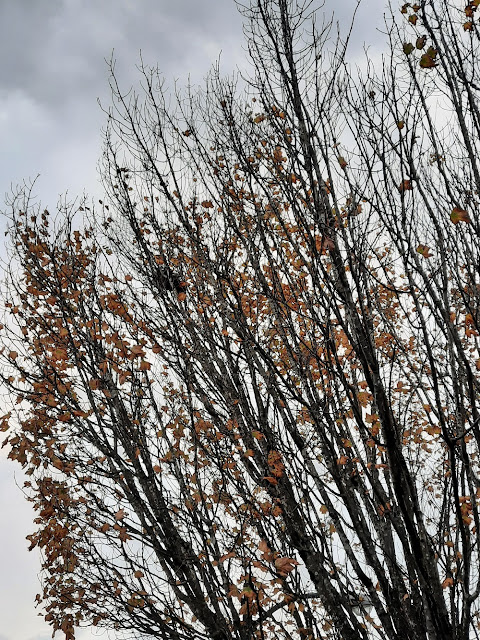 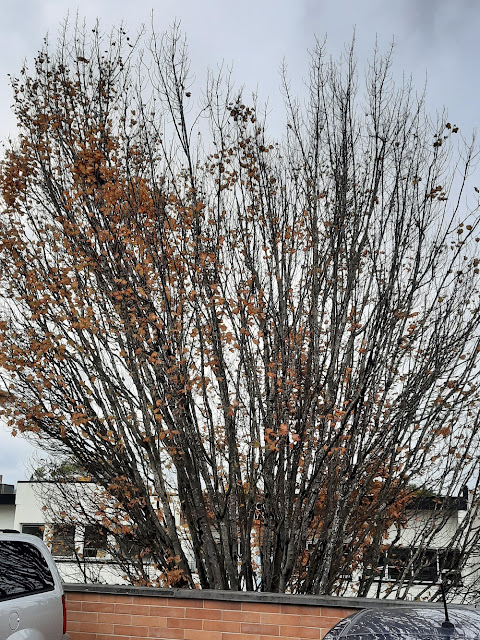 In the short video I am standing in the parking lot of a grocery store and looking down over Broadway Avenue. One block to the west (to the left of the scene in the video) they are connecting the street with a subway line that will eventually go out to the University of British Columbia.  This transportation option is long awaited and long overdue. The building of it has already started.

Once I picked up what I needed at Michael's, I was famished and had this lovely Teriyaki Beef Bento Box for dinner. The small restaurant where I ate was packed with diners.  They were mostly police officers on meal break but I was too tired to look for another restaurant.  At least the restaurant did have hand sanitizing and social distancing measures in place. 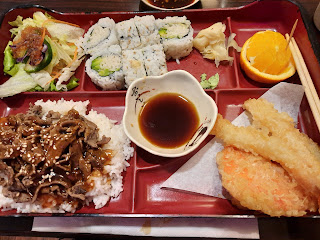 The next few photos are of my garden  and were taken Thursday, October 1st. The blooms are hanging in there so I haven't plucked anything up yet.  In fact, if I have time in the next week or so, I hope to try out my brother's camera lenses again.  I think the photos below were taken with my camera and the prime lens that came with it. 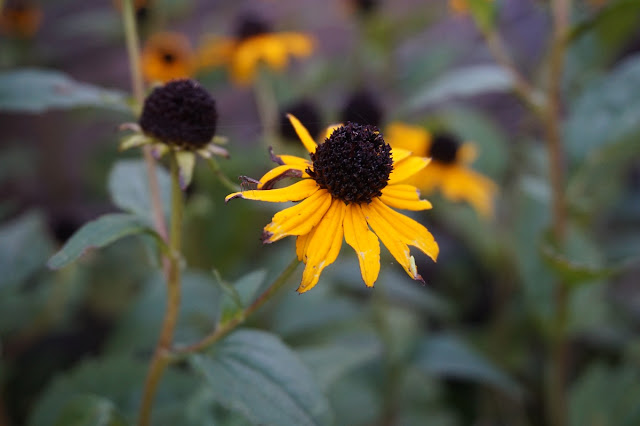 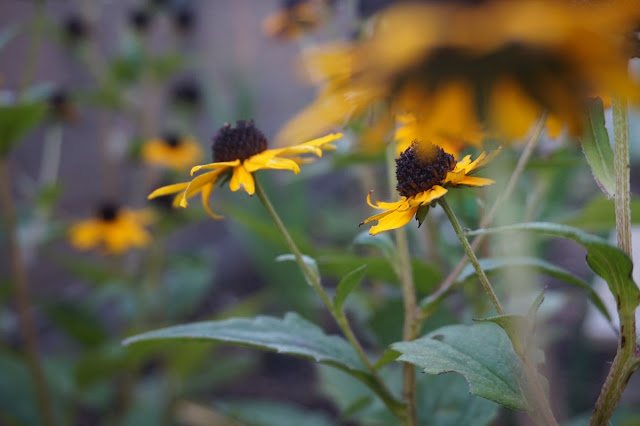 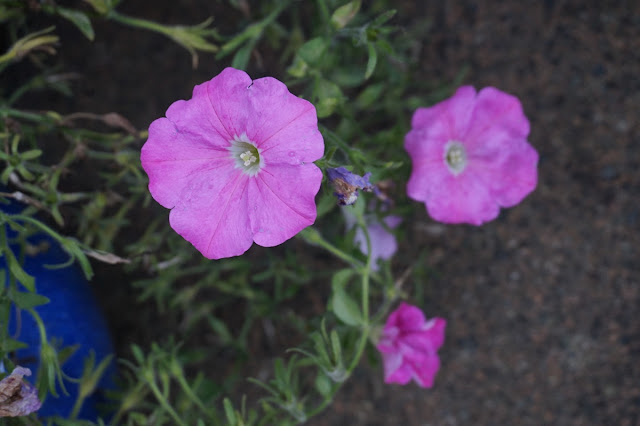 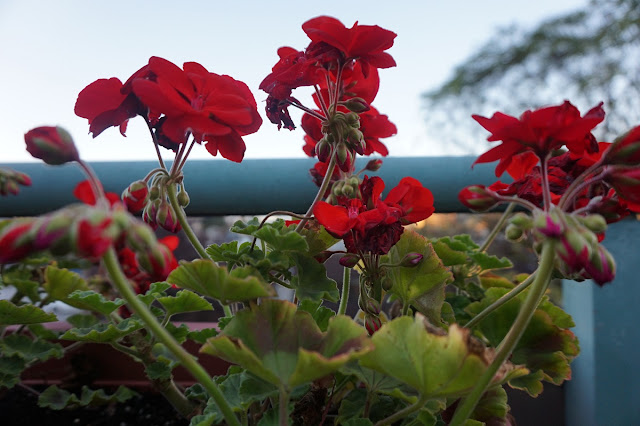 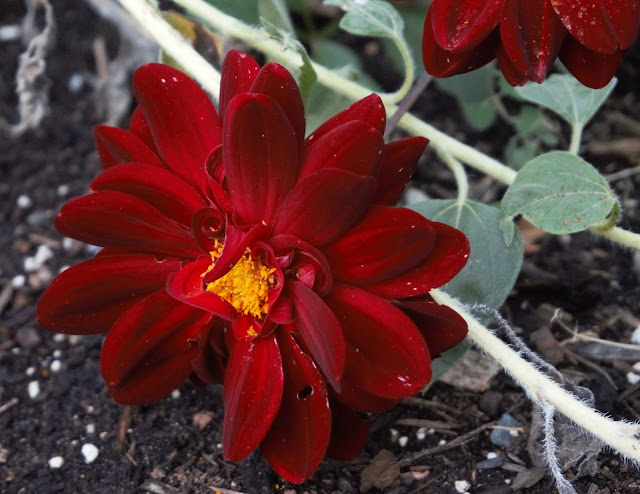 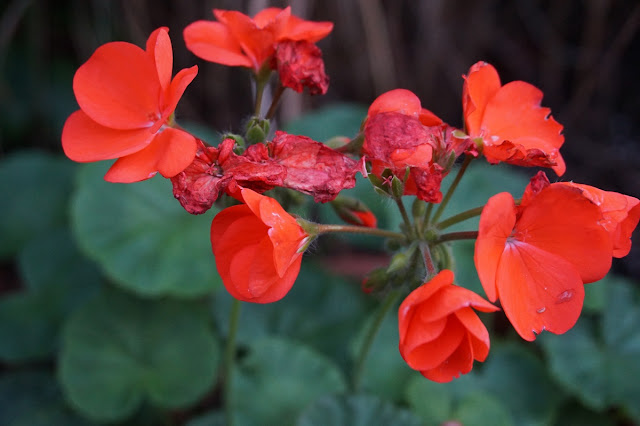 Here are a few more photos from Tuesday night's outing. 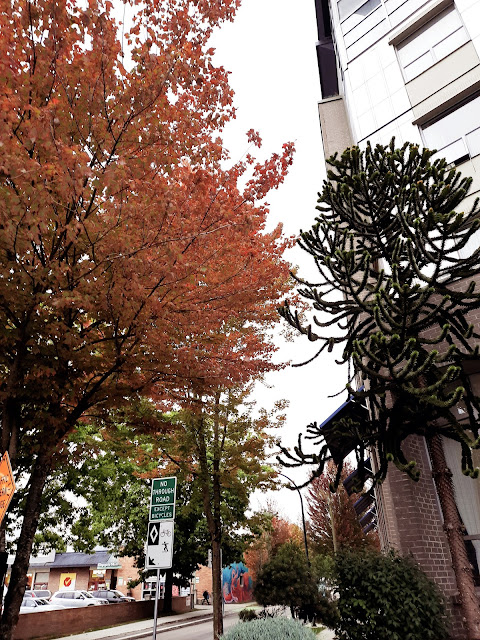 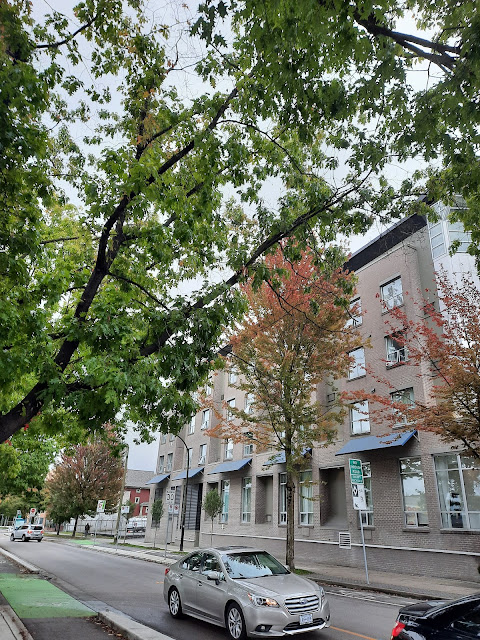 I found these apples growing on this tree amidst the high rises. I didn't pick them. 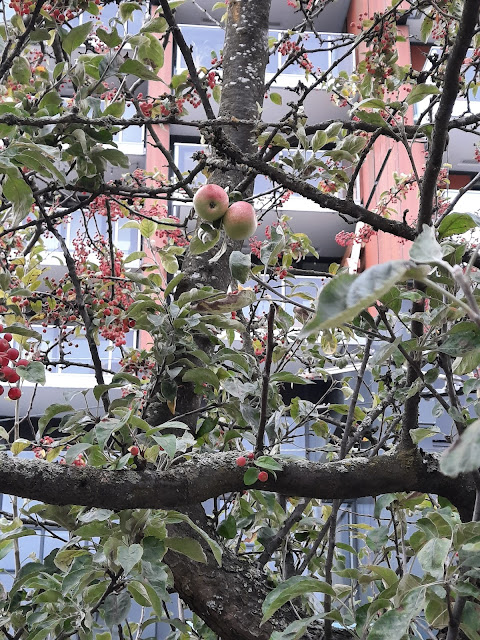 This blue sky photo was taken on Monday night. 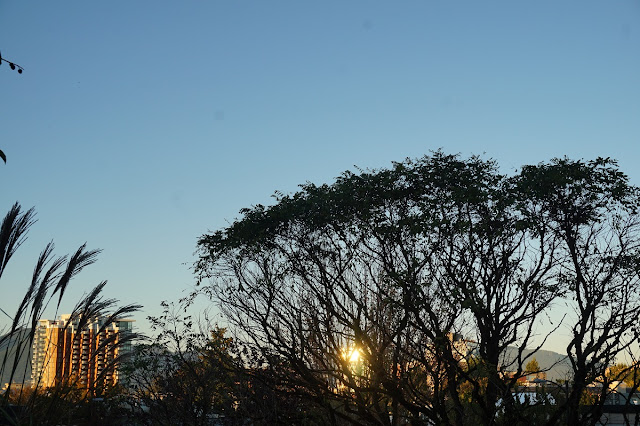 A book I recently completed and can recommend is: 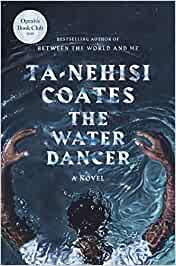 It's a book about slavery, the underground railway and the magical, mystical powers of some of the people who helped their own as best they could. I did not know before reading this book, that the author and journalist, Ta-Nehisi Coates, has also written a Black Panther series for Marvel Comics. That was a happy connection for me as I very much enjoyed watching the movie, Black Panther.  I was saddened by the recent loss of one of it's lead actors, Chadwick Boseman, who by all accounts was not only a fabulous actor but a very fine human being. The more I read about him and what he did in his short life, the more I realize what a great loss it really is.  May his family and loved ones be comforted and may his legacy continue to impact many people around the globe. ♥♥♥

Happy Friday and Happy Weekend to you all. Stay safe.

Joining in with Skywatch Friday today.