I said goodbye to a friend of mine recently. We met at church many years ago and haven't been keeping up well with one another since she and I no longer attend that church. She also lived another municipality away.  Though she was very busy packing and cleaning, I wanted to take her for a farewell lunch.

My friend Celia did not want to leave the  City of Vancouver.  But most of the condos in her building were bought out by a developer and thus in the end she had to sell too.  She has purchased a much larger home in her new city. It sounds like a wonderful location near shops and a man made lake with walking areas surrounding it.  Now that all the decisions have been made, a new house and furniture purchased, she is looking forward to the move.  Everything has worked so smoothly in her favour that she believes it was a divine event for the benefit of her future.  I'm quite certain she will enjoy living in her new home.  She has the added benefit of her daughter and grandson living nearby. Her daughter has been coaxing her mom to make the move for some time. As my friend Celia says, she had to be forced and now that she has been she is very accepting of the situation. 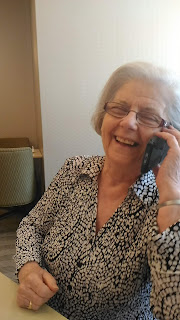 Here is my friend answering the phone. She was being invited out to dinner the same evening by yet another former church friend.

We had a fabulous visit but we visited so long that my throat was dry and parched afterward. The only thing that separated us is she began to run behind schedule for dinner! We had a lot of catching up to do and hopefully we'll have a chance to visit again in her new city.

On another subject I haven't participated in a long while in the Saturday's Critter's meme. I'm not sure why but it never seems to be the right time for me to take photos of animals or creatures of any kind.

I found one bee or wasp while I was taking photos of the geraniums. 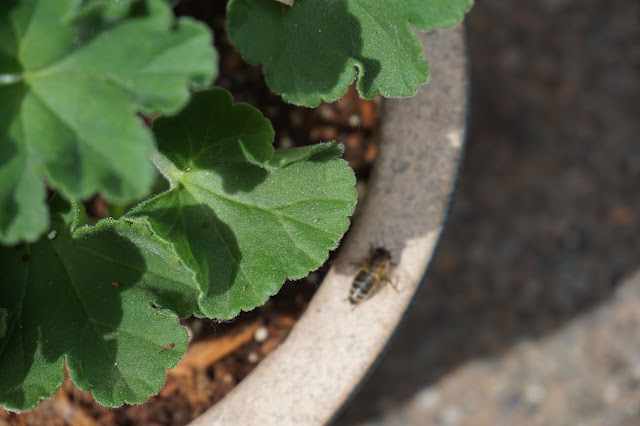 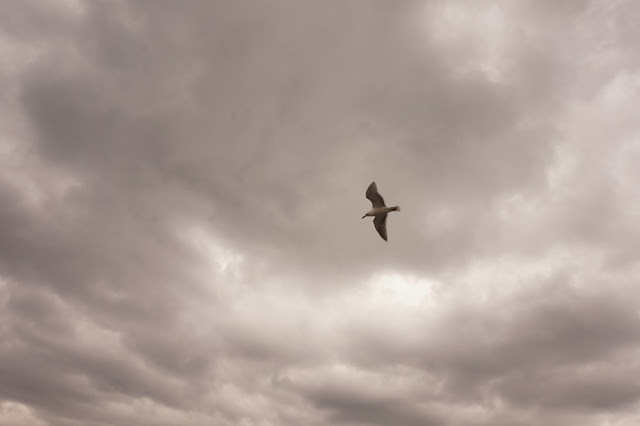 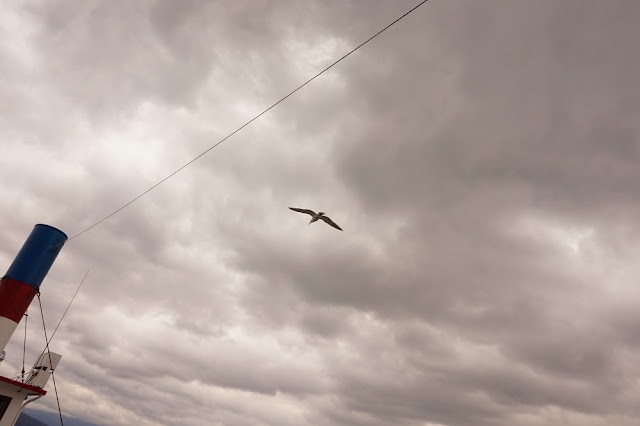 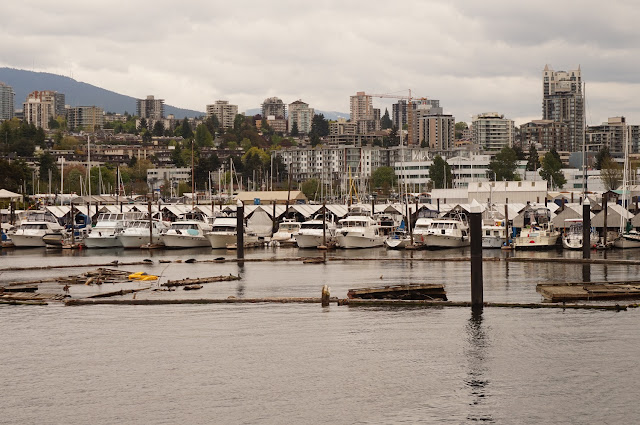 The seagulls were photographed on my recent harbour cruise. It's always interesting to watch birds flying against the wind.

The last photo is of 5-6 seals lying on the logs, also from the harbour cruise.

Can you see them?
Click to enlarge and it will be easier to see the seals.
I'm afraid I don't have a good lens to zoom in close enough.

I'm a bit behind in posting as I still have a post to share with you about the harbour cruise.

Thank you for joining in.

If you missed my Skywatch post you can find it here.