I hope you are all having a wonderful summer to date. It certainly is different from the last few years in many ways. I'm thankful to have the freedom to go out and about more than the previous years. But I didn't get a chance to go out of town for several years now.  This year was no exception.  Even though restrictions were mostly lifted, I really don't care to travel right now and contend with all the travel/transportation delays and related issues. 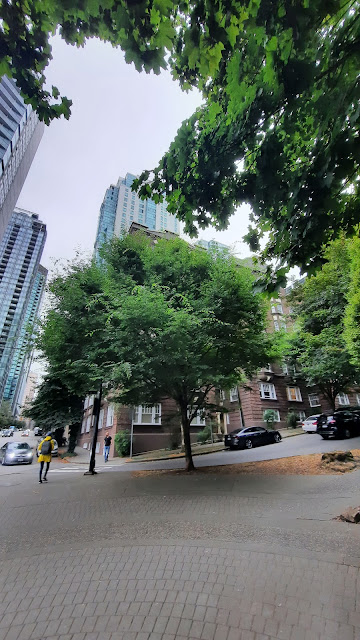 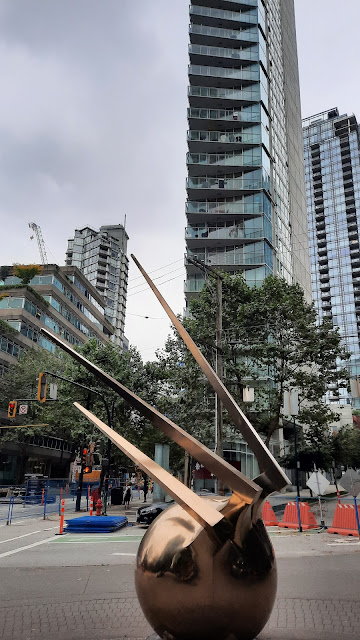 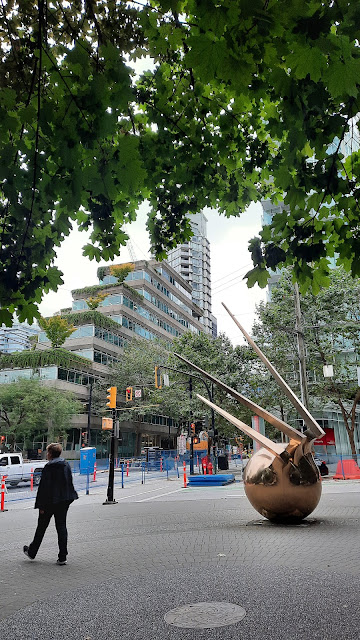 We've had a heat wave for much of (July and ) August.  Even when the posted weather has been in the lower 20s Celsius, it has still felt sweltering.  Even Jonah who is used to the heat and dry areas in Kenya has commented about how hot it has been here. At last we had a dip in temperatures today and a sprinkling of rain. It wasn't a lot of rain but combined with lower temperatures it made all the walking I did today much more bearable. 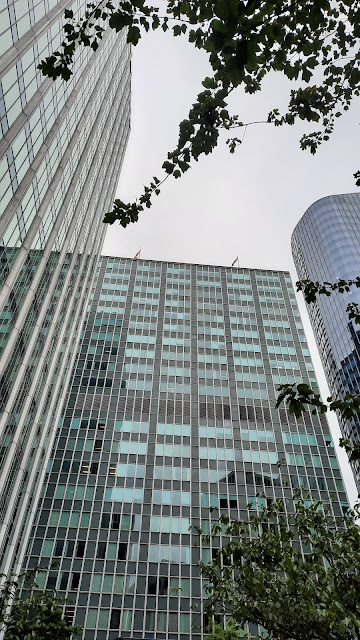 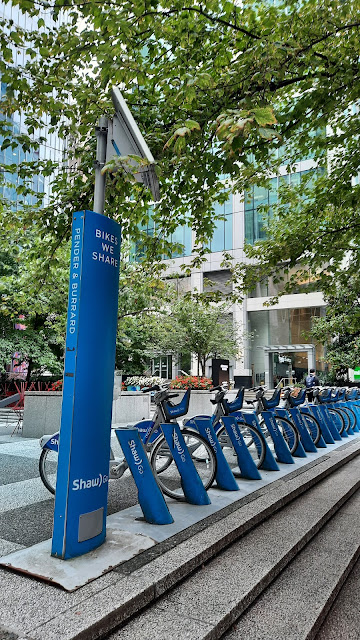 I had to go deep into downtown Vancouver today to the Purolator service center to return a few Amazon parcels. Normally I send items back through the post but these items had to be returned by Purolator. It was very convenient to get to the center by bus as it let me off across the street. I thought I would return straight home and the bus stop was right outside the center's door. However when I got to the bus stop there was a sign saying one had to catch a bus at Burrard Street. That was a lot of walking for me especially since my knees aren't fully rehabilitated. Fortunately I managed to do what I needed to do. 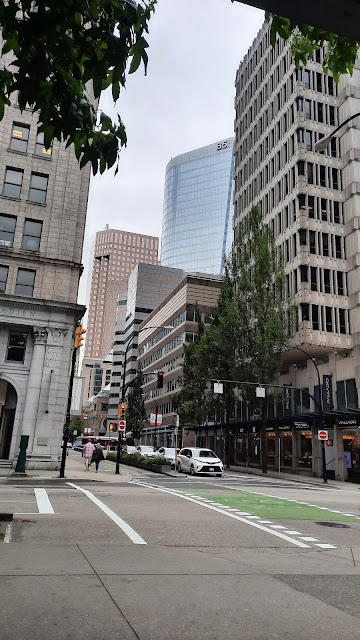 After I finished downtown, I did more errands in my neighbourhood.  I was shocked at how many people were out and about.  There were lines of people everywhere waiting to get into virtually every single restaurant and drinking establishment  Of course it is Friday and many people go out on Friday nights but tonight it was noticeably busier than usual.  I don't know if it was because the weather was cooler and more comfortable or if suddenly people are realizing that the end of summer is almost upon us and they're trying to soak up every minute left of it. It's probably a bit of both.  It was also very busy with tourists downtown though it doesn't seem so in the photos. It was nice to see so many visitors walking and enjoying the sites. 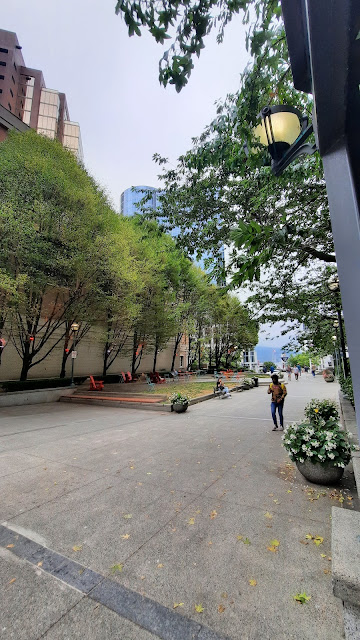 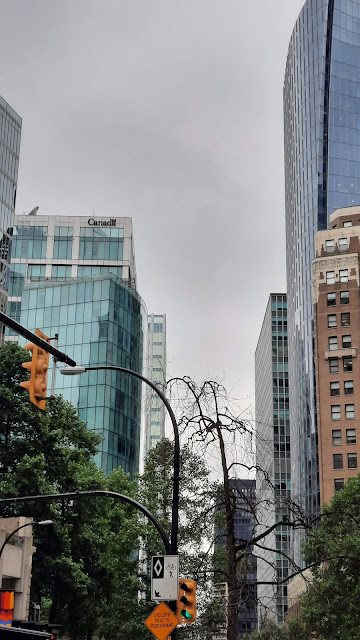 The photos I'm sharing are from downtown Vancouver in the city's West End Coal Harbour area. For most of the day the sky was a very dull gray. The sun came out around 6 p.m. but I couldn't stop to take photos. 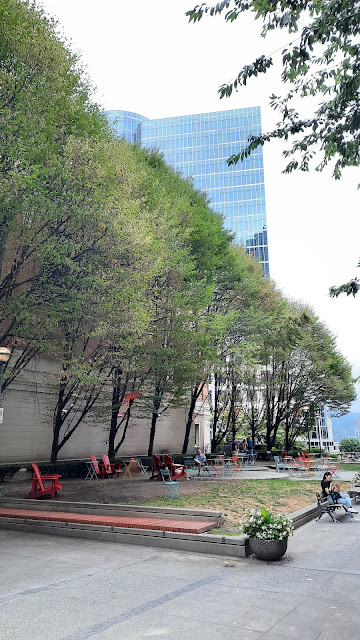 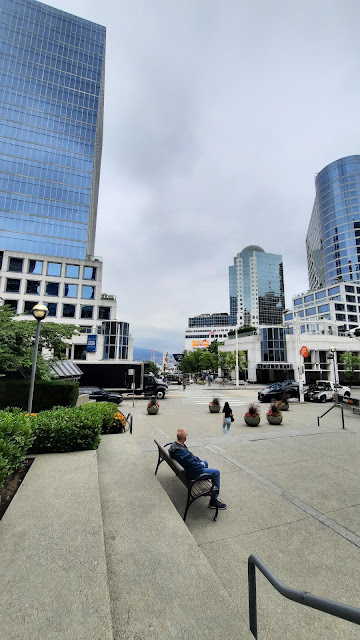 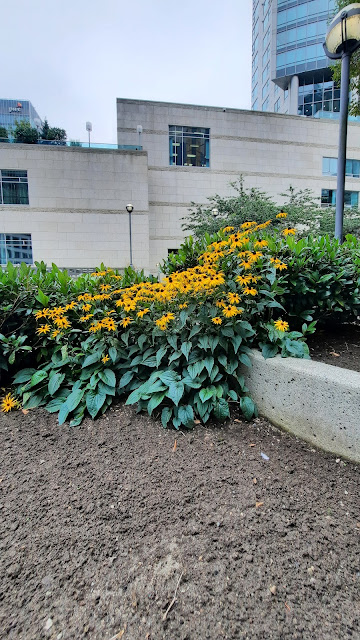 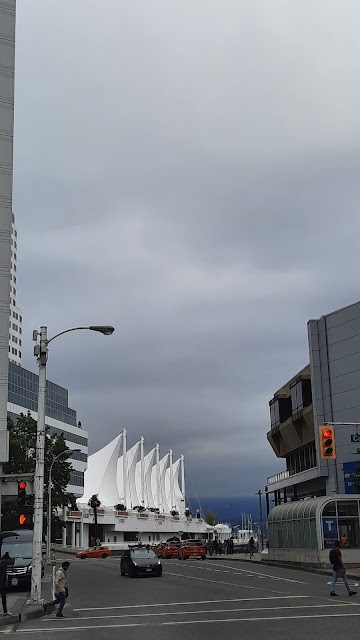 Thank you for stopping by and have a great weekend.

Joining in with Skywatch Friday