Once again it is time for Toni Taddeo's Tuesday 4 in memory of Toni Taddeo. Today's subject is books turned into films.

1. What book turned into a film did you enjoy?

I enjoyed The English Patient very much and The Life of Pi as movies. I'm sure I've enjoyed a few more books turned into films, like Out of Africa (more on that later) but I cannot remember them at the moment. 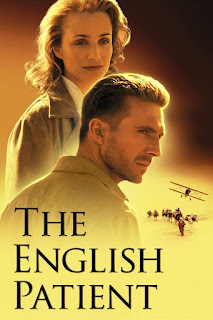 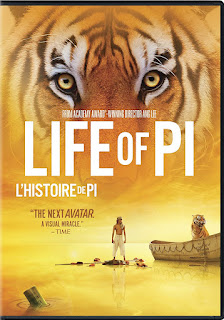 The English Patient was a book that for my taste was a far better film than book.  I guess I watched the film to see if it was any better than the book and it was!

3. If you could decide what book should be a movie, which would it be and who would you get to play the main characters?

I've enjoyed so many books over the years and many of them have been turned into films which I've enjoyed.  Generally I find that books are better than the movies. But sometimes I am surprised.  For example, the movie, Out of Africa is based on bits and pieces of several books by the author Karen Blixen (pen name Isak Dineson) rather than one book.  The movie puts all the relevant pieces of the author's life together for you to enjoy a cohesive story.  After seeing the visually appealing and emotionally touching movie, I read all of Karen Blixen's books about her time in Kenya and also several books by other expats living in Kenya.  They were all very interesting and enlarged my understanding of the nation of Kenya, especially her colonial past. 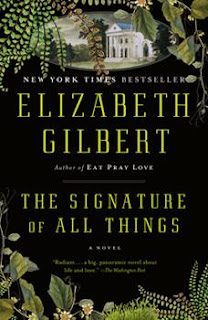 An interesting book to turn into a film would be  The Signature of All Things by Elizabeth Gilbert. It's a highly unexpected kind of book from the author and I thoroughly enjoyed it. My pick for the main character would be Jenna Coleman, the British actress. She played Queen Victoria in the historical mini-series of the same name. I think she would bring a great depth of character to the female protagonist in The Signature of All Things.  Another book I'd like to see turned into a film is A Fine Balance by Rohinton Mistry. I don't have suggestions for actors but I think all the roles need to be played by South Asian actors. 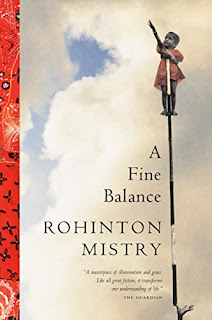 4. Have you watched a movie and then had to go read the book or has the opposite occurred and influenced you to see the movie?

Yes indeed. I've both watched movies then read the books and also read the books then watched the movies. Out of Africa is probably the most impactful movie causing me to do a lot more reading of books by expat authors in Kenya and also Kenyan authors and authors from other African nations. Probably the most famous or well known of these is Nigerian author, Chimamanda Ngozi Adichie. I thoroughly enjoyed several of her books especially Half a Yellow Sun which tells the story of the Biafran War.

Well that's it for this week.

Thanks for joining in and come again next week!