It is now officially Spring but the warm, sunny weather hasn't really arrived. We've been getting buckets of rain since late last week. I can't remember much before that, lol.  After hearing today that they have had another snowstorm in Eastern Canada (the third storm this week!) and that parts of the USA are also experiencing fresh snow storms, one can hardly complain about rain. 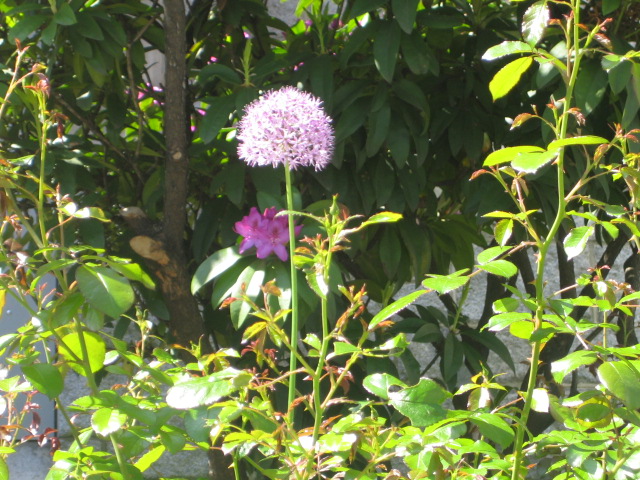 But this kind of weather does bring with it the problems of never knowing exactly how to dress. It can be a bit chilly when it rains. It can also be hot if the rain decides to stop and Mr. Sunshine pays an unexpected visit. I've found this weather makes it rather chilly in my home. I had to turn the heat on last week and I don't even turn the heat on much during the colder winter months  At the same time, it can get muggy indoors.  So yesterday and today I've opened the doors for fresh air. I think after the winter months, the place needs a good airing.

So with all this back and forth weather, I'm finding I need to eat something hot and nourishing. Today I had the help of a new  kitchen gadget which I recently purchased on line.

For years I've been trying to get used to making meals ahead in a slow cooker but I could never get comfortable with it.  I am too impatient to wait so long for food to cook.  Inevitably I would put the food in the cooker too late and it was never fully cooked and ready by dinner time.  I also could not get used to the idea of putting food in the cooker early in the day and leaving it to cook all day while I was out.  It just made me nervous. This is thanks to my mom who had some very firm ideas about electricity and safety issues. Even though a slow cooker is made to be left all day I simply couldn't do it.

I've always thought a pressure cooker would be more my style because it cooks a lot faster. However I remember the old fashioned pressure cookers could be very dangerous. Recently I found one on line that looked easy to use and so I bought it.  I was fortunate to buy it on sale because I never purchase anything at full price.  It is an electric pressure cooker and it is very easy to close the vent (to increase pressure) and open the vent to release steam.

The cooker arrived last week and I immediately washed the inside pot and cooked the night's meal in it.  The roast and vegetables  turned out very moist and tasty.  But the cooker took two or three times longer to cook than I  was expecting. I was experimenting with the machine and I suppose every time I opened the lid to to test the meat, the machine lost a lot of heat.  Once the cover is replaced and the machine turned back on you must wait for the pressure and heat in the pot to be raised again. Once I know exactly how long to cook things this won't be a problem. The cooker does come with a few recipes but mostly it is for stuff I do not make. You also have an option to purchase a cook book of more things to make in the pressure cooker.

Today I used the machine for the second time and made a simple vegetable soup. This experiment was much more satisfactory. Cooking time was only 15 minutes and could probably be reduced by chopping the vegetables even finer and not cooking them until they are extra soft.  But I was extremely happy with the results I achieved and intend to make the soup again soon.

Ingredients for the soup:  two very large hothouse tomatoes, half an eggplant, 1 medium red pepper, 1 medium head of cabbage, 1 leek and 1 handful of fresh parsley, 1 teaspoon oregano and 1 teaspoon of basil. I added water to just cover the vegetables and cooked for 15 minutes. After it was done the soup had a very nice flavour and didn't require any salt or pepper. I ate several bowls and saved some for tomorrow. I think I will be making this more often. I also had a left over chorizo sausage from last night's dinner so sliced it up and put it in with one of my servings. I bought the vegetables yesterday and tallied up the cost.  It wasn't exactly inexpensive because the head of cabbage was $3.50 (I used half).  Total $7.80 for 6 servings = $1.30 per serving. When you consider the cost of soup in the restaurant these days, I think that this soup was very economical. It will be even more economical in the weeks that vegetables are on sale.

I also had a great shop at the local pharmacy. Some of you know that I earn loyalty points for shopping at my pharmacy. Now and then there are promotions where you can earn points more quickly. Today I went shopping and intended to use about half of my points. It meant I got $100 "free" purchases. I bought staples like paper towel, garden garbage bags, laundry soup, dish detergent, etc. I also got some snack foods and a few items I wouldn't otherwise purchase (Whey Protein Powder, Perrier Water, hair ties and more).  I also bought some things on clearance. altogether I paid about $6.00 in tax for $100 worth of goods. The rest I got with my points.  I more than filled my shopping buggy and 2 more over the shoulder bags. I only have to walk 2 blocks so it isn't that bad of a journey with a heavy load.  The saleslady told me I could actually purchase $200 worth of goods but there is no way I could carry that amount of stuff home. I only really needed milk but not just yet and toilet paper. I don't think I could store another $100 of toilet paper in my small laundry closet so I wait for another day to use the points.


I ran out of printer ink the week before last. I try not to use the printer that often to save on the use of ink. Mainly I use it to print coupons for the pharmacy promotions to earn points and get things for free. You need printed coupons for them to scan though I overheard one of the workers today saying that soon they would get an app for the mobile phones. That means I won't have to print their coupons any more but from time to time I do need to print other things. I managed to find 2 cartridges of black ink. The normal price is about $25 each but today were purchased for under $20 each plus I got a $10 coupon to use toward anything I want in future. That made the cartridges about $15. each (a full $10 off each one). Soon I will return to the store and purchase a coloured cartridge and use the $10 off coupon since I don't really need much else at this technology store.


Altogether it was a very frugal & fruitful day.

Also earlier this week I managed to save half the cost of a patio umbrella. I was not looking forward to buying anew patio umbrella because I just purchased one two summers ago or a little over a year ago.  Then last Fall (I think it was the Fall) we had a rain storm and my umbrella got destroyed. I was disappointed because it was rather new but I was also grateful that no damage was done to the patio table.

I asked my brother to go shopping and  purchase a new patio umbrella for me.  He was able to find  one umbrella left in the green colour I requested.  Somehow he managed to get it for less than the stated price due to some store error in the price tag. On top of that he was able to save an additional $10 due to some rules about pricing.  He used to work in retail many years ago and knows all the rules of shopping and paying. Due to his knowledge and persistence he has saved me a lot of money each year.
My patio umbrella ended up costing just over $20 and tax rather than $40 and tax. 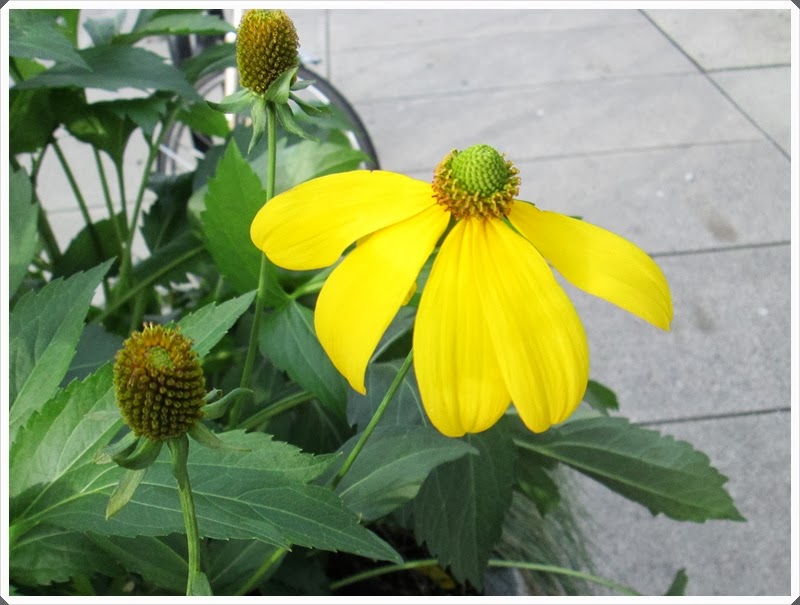 I think that is a great savings!

A good thing because I need a lot for the garden right now.

If you are watching your funds, I hope you too are able to get some great deals to help you through the month.


Have a wonderful week!