We had a reasonably good winter with hardly any snow and the rainfall seemed less than normal too. 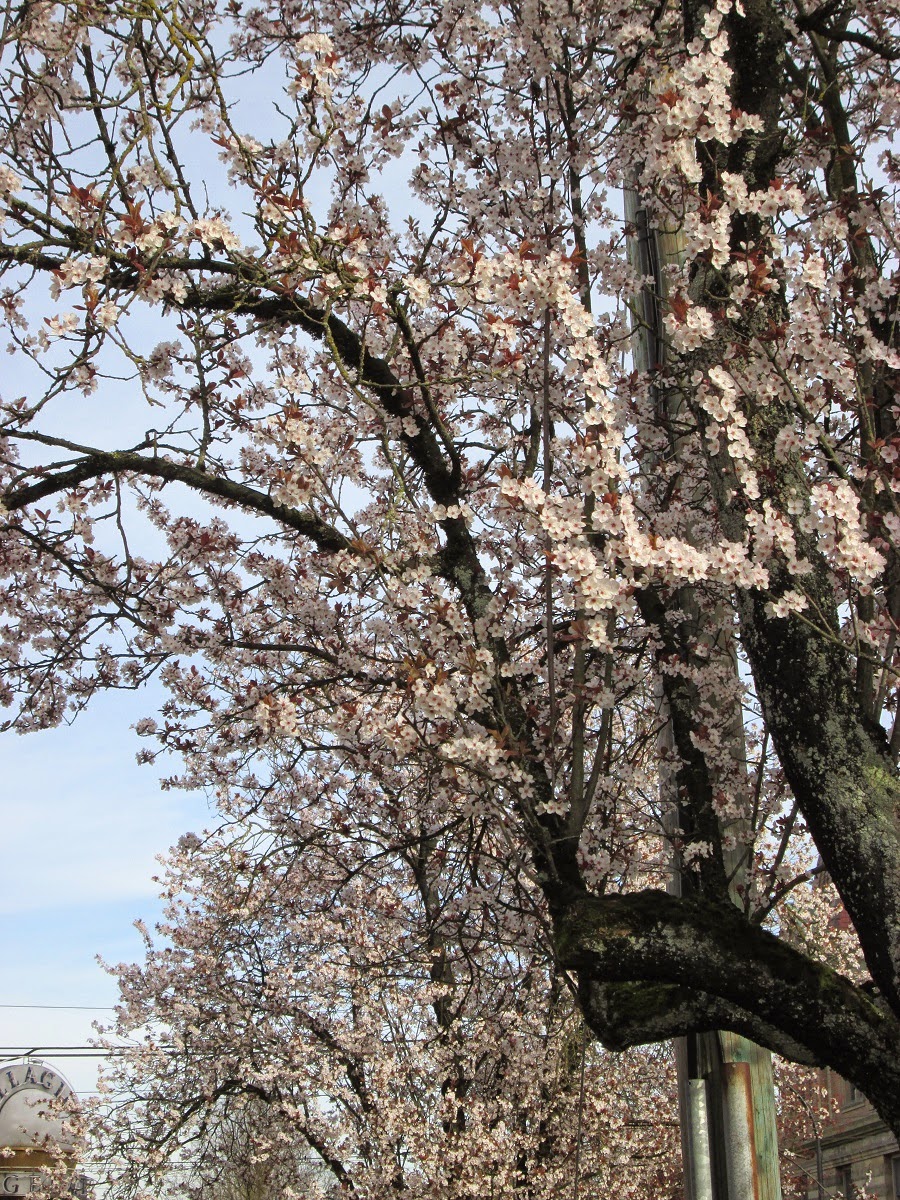 But now it is Spring and I'd like to get in the garden.

However it has been raining cats and dogs!

How is the weather where you live? 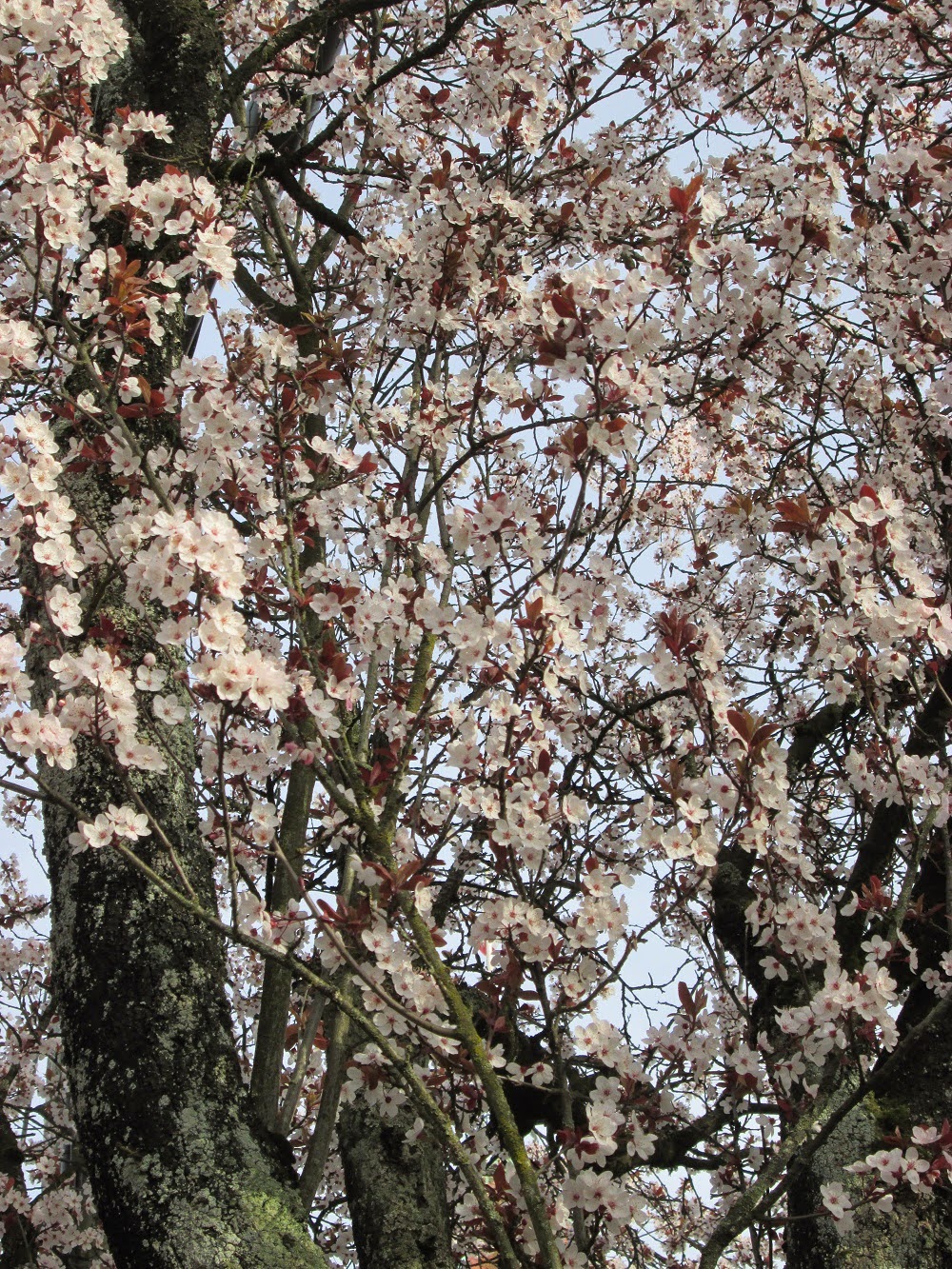 Manure and topsoil was purchased and bit of potting soil for the container plants. I also purchased some pansies to plant and a new patio umbrella stands at the ready but none of it has been used yet. 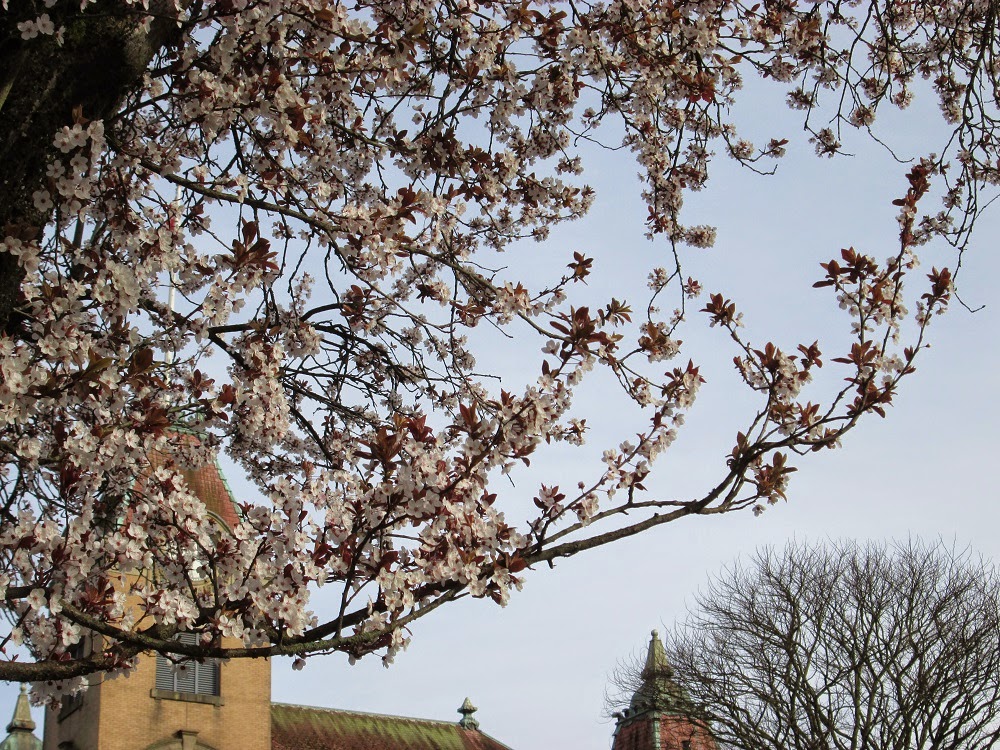 I hope the rains will stop soon though I don't complain too loudly.

On the few nice days we've had without rain, I hardly had an opportunity to get out to take photos of the tree blossoms.  I hurriedly snapped a few once or twice while out running errands and happened to have my camera along.

I have so few photos of the tree blossoms compared to previous years.  The blossoms came out very early this year but with all the rain falling it hasn't been the best time to take photos and I was busy on the few really nice days we've had. 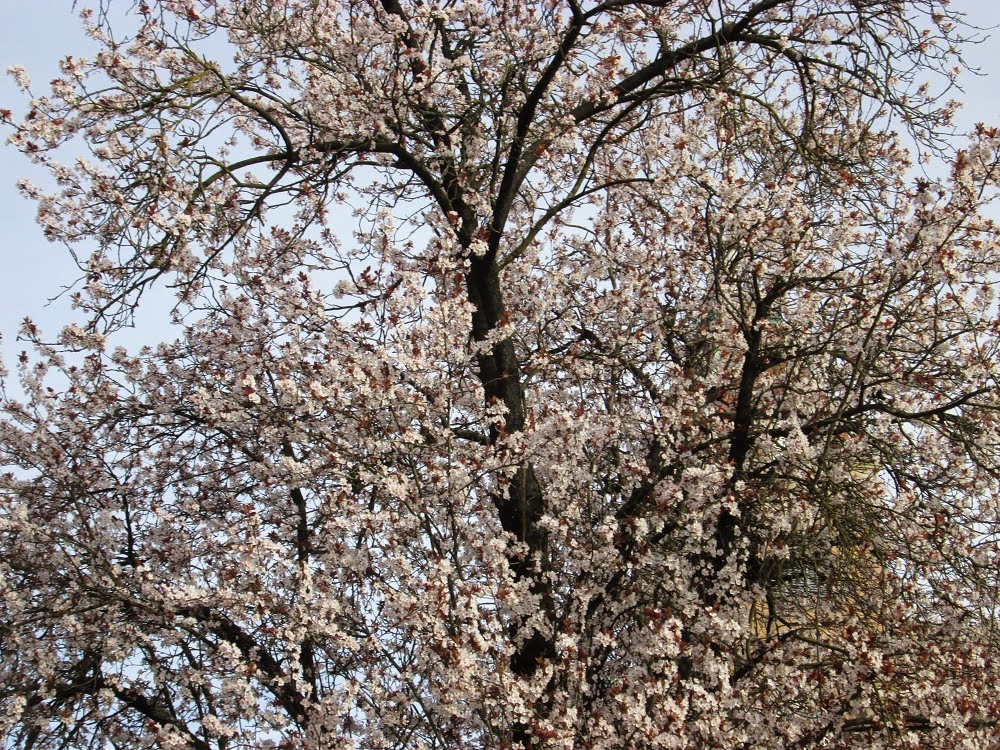 I am glad that I did manage to capture a few tree blossoms late last week on different errands around the city.

If I had more time I would go to another neighbourhood or two and capture some blossoms where I know they have lovely trees.  But time is limited right now and because a lot of the blossoms started early, many of them are already gone though a few new ones are coming out. Such a strange season this year. Or should I say, stranger than usual as  the weather has been getting unusual all around the globe for some years now. 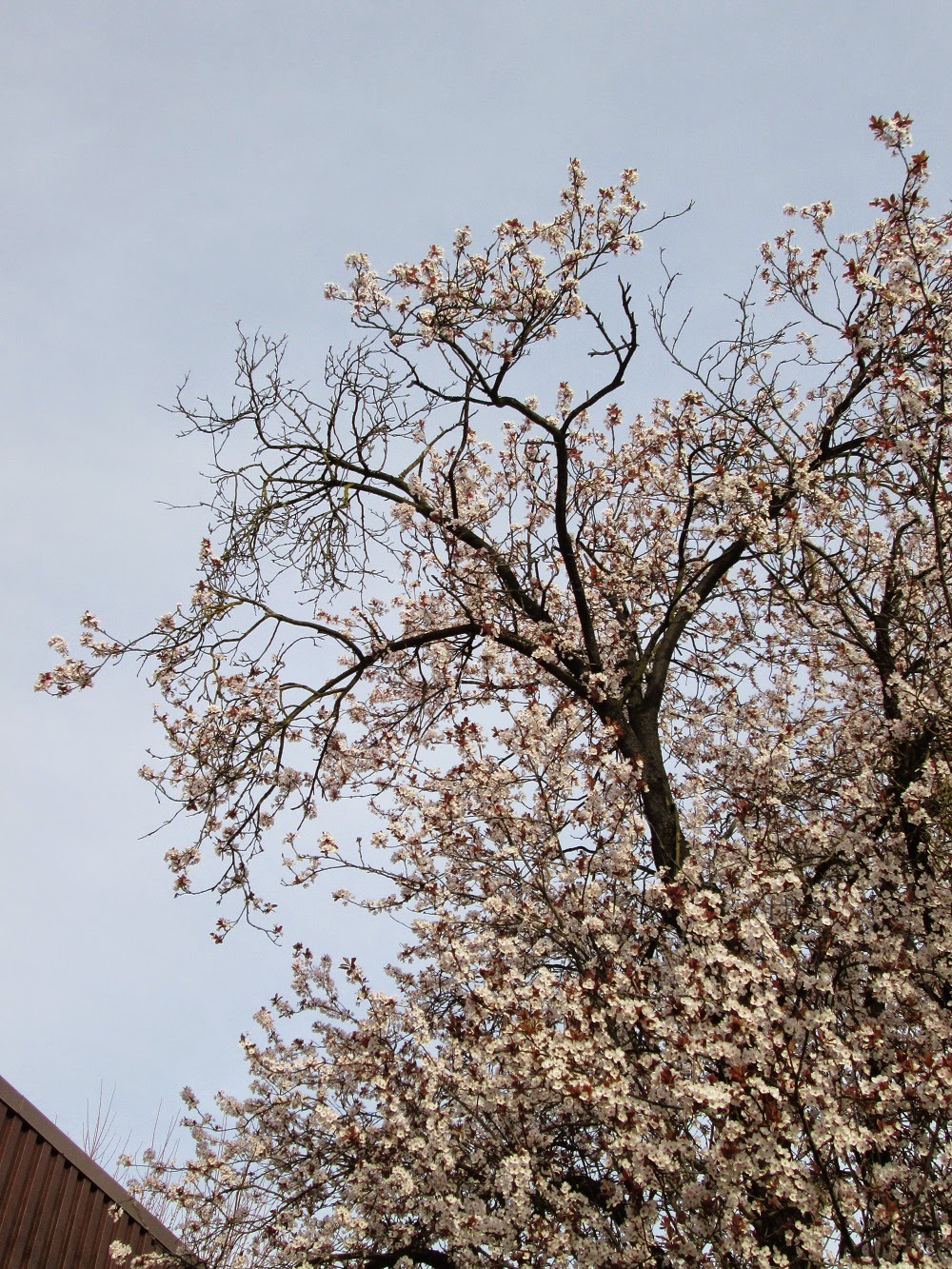 I hope you are all enjoying good weather wherever you live.


I have also been enjoying my new pressure cooker. So far I've made vegetable soup and now I've made some navy bean soup. It was sure thrilling to wait for only half an hour to have fully cooked (and softened) navy bean and vegetable soup! This sure beats the overnight soak or 1 hour quick soak method. First I put the navy beans in the pot just covered with water. I let those cook for about 15 minutes before I added a colourful array of veggies. In this case I purchased a bag of cleaned mixed veggies from the produce market. You know the kind they clean because they don't want to throw it away? I purchased one large bag and used about 1/3 of it. I chopped the veggies more finely in my food processor.  I didn't mince them too finely just gave them a coarse chop and put them in with the beans along with some herbs. Another 15 minutes and the soup was great. Next time I make soup it will likely be vegetables and some meat. If you like Italian food I think the pressure cooker would be ideal for making chicken cacciatore.  Well I'm off to enjoy some navy bean soup right now for a spot of late lunch.

I will be joining up with Mosaic Monday & Our World Tuesday this week.
Our World is a very fun meme which I've participated in for years already. How time flies!
Mosaic Monday is a new to me meme, hosted by my neighbour in the far east of Canada. 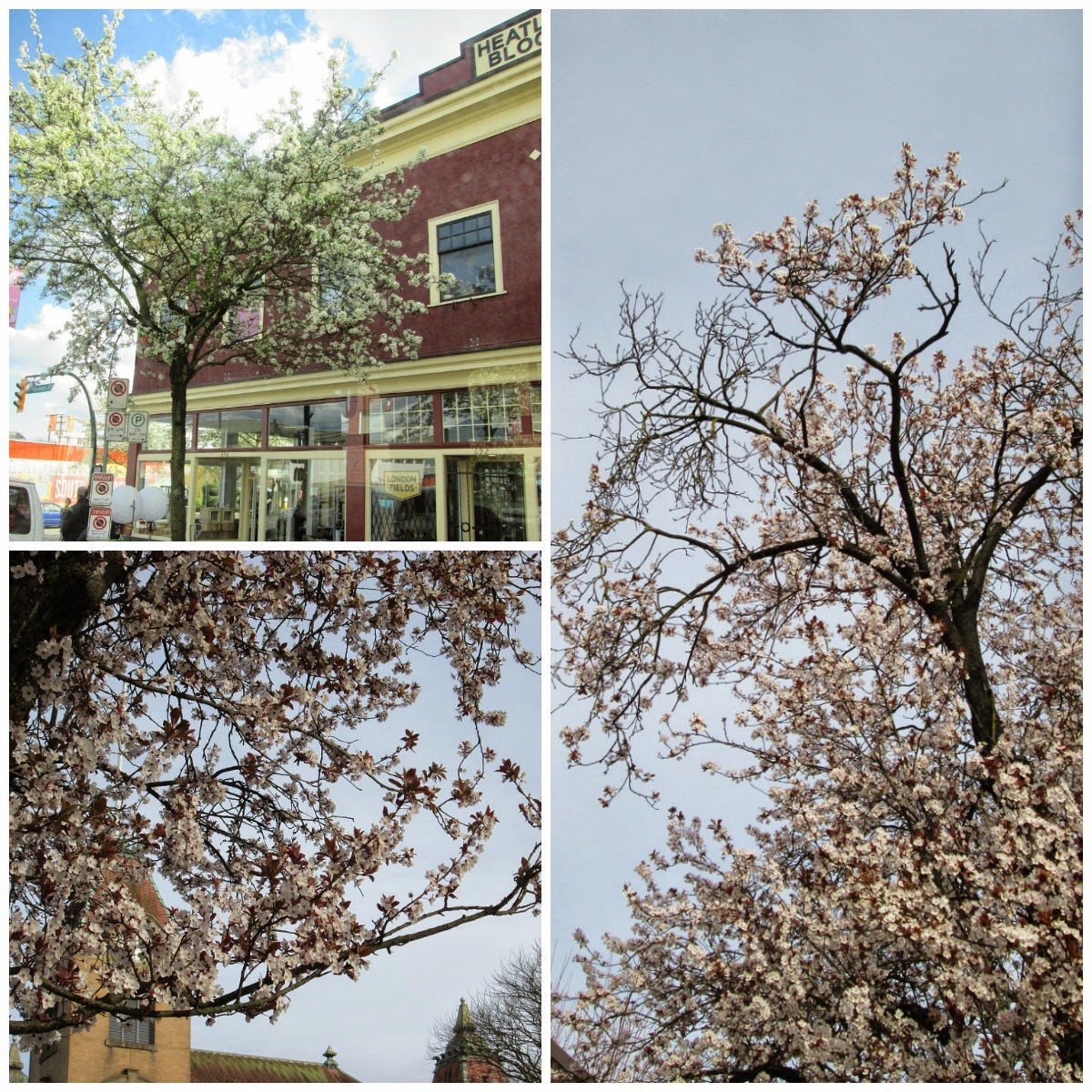