Rhinos in the Park The park is best know for it's thousands, sometimes millions of flamingos. I've posted pictures of flamingos on this blog but my photos do not really do justice to the sheer  number of flamingos in the park. The sight of all the pink birds is just spectacular. 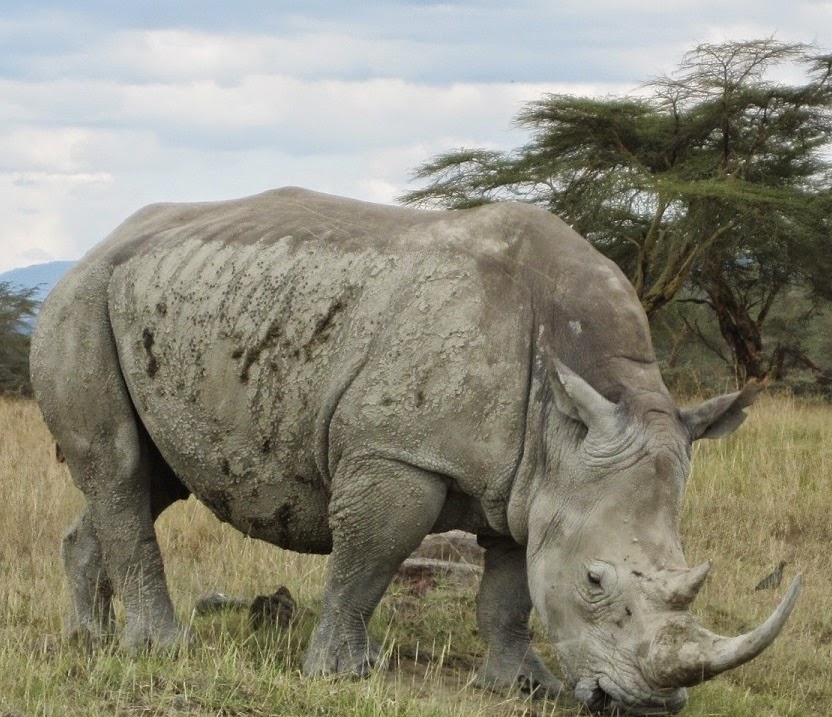 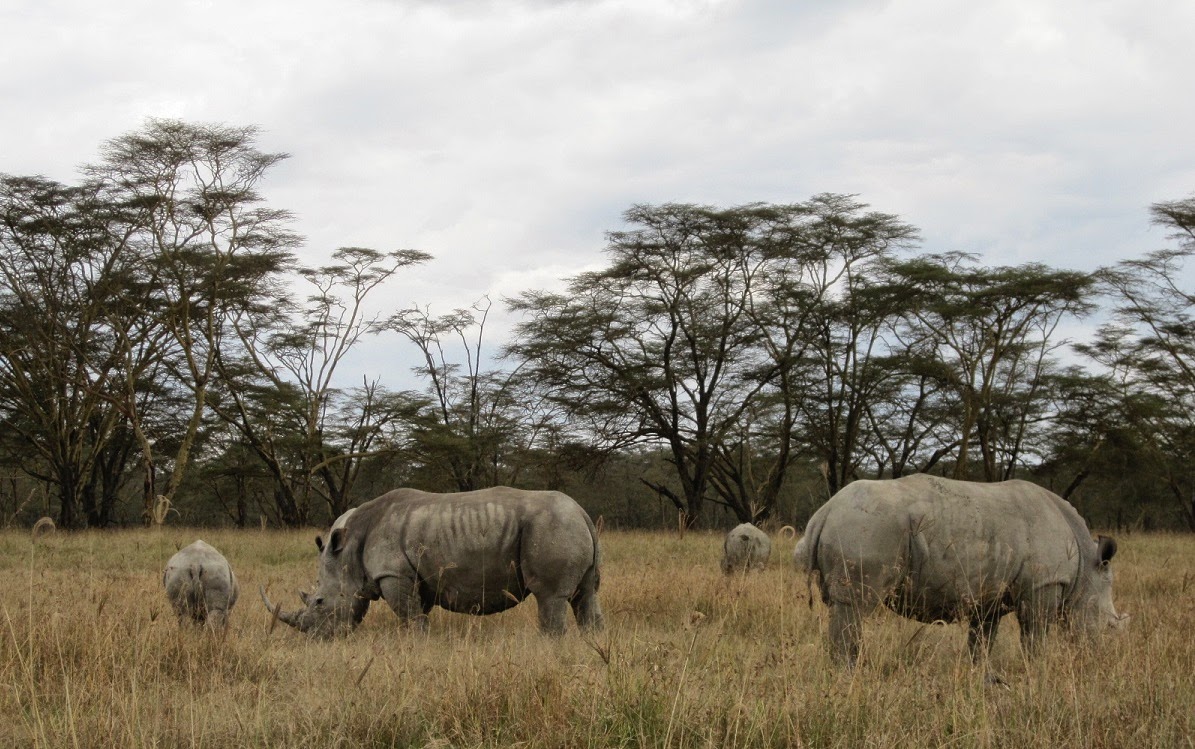 But there are many spectacular things to see in the park and one of them is rhinos. The park is home to about 25 black rhinos and about 70 white rhinos (these numbers are a bit outdated but the population likely hasn't increased all the much).  There are many predators in the park including lions, cheetahs and leopards. When I was there I was lucky enough to see a lion but no cheetah or leopards. Leopards are very difficult to spot no matter where you go. I have been fortunate enough to see cheetahs in the wild but not at Lake Nakuru National Park. 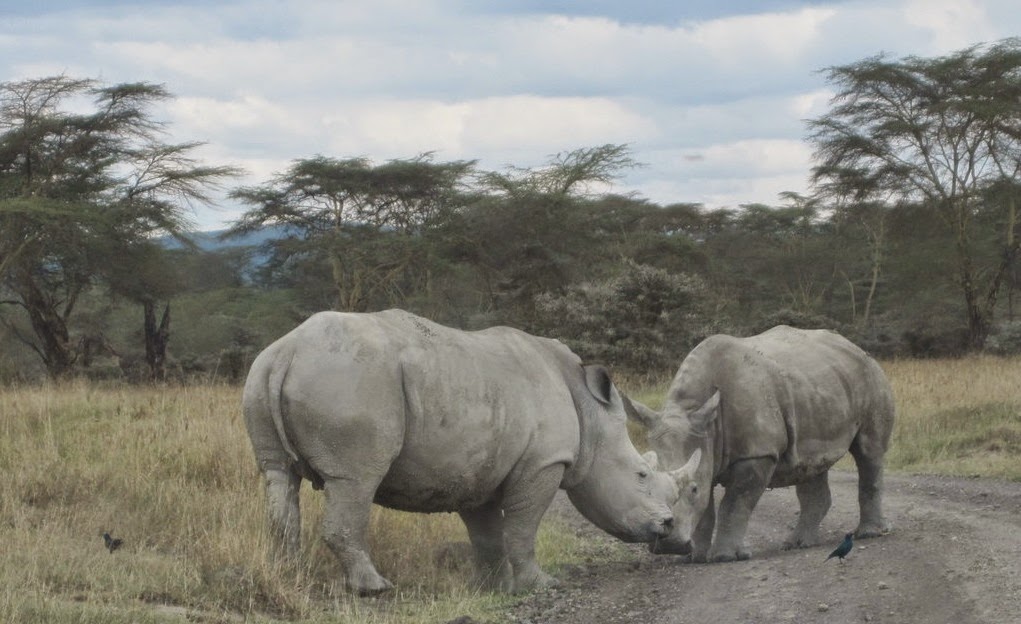 Lake Nakuru is a small, shallow, alkaline body of water which is located on the southern edge of Nakuru.  The waters levels of the lake have been changing quite dramatically in wet and dry seasons in recent times. The reasons are likely multiple:  watershed land conversion to intensive crop production, urban development, industrial waste dumping and climate changes. This is having a negative effect on the flamingo population and no doubt other animals too. This area is heavily dependent on the tourism that the wildlife brings and parks like Lake Nakuru National Park are vital to the protection of animal stocks that are in decline.

Shockingly in 2014, blatant rhino poaching in the park resulted in 5 rhino deaths. Twenty (20) park rangers and several key staff were reassigned for failure to protect the rhinos. It is pity these staff were simply reassigned rather than suspended and investigated. Sadly, I think it is a symptom of a much larger problem in Kenya.

If you appreciate wild animals and want to see them preserved for generations, please give generously to a Rhino conservation fund near you.


Joining in with Mosaic Monday this week.

Happy St. Patrick's Day to all of you!