A Special Day Under a Vancouver Sky

My family had a special day today.

My nephew graduated with his Masters in Arts in Psychology.
Graduation ceremonies take place over 3 consecutive days twice per year. Each day there are 3 separate ceremonies.
My nephew's was the 2nd ceremony of the 2nd day which seemed fitting given it is his 2nd degree. It was also the best time weatherwise over the 3 day period. 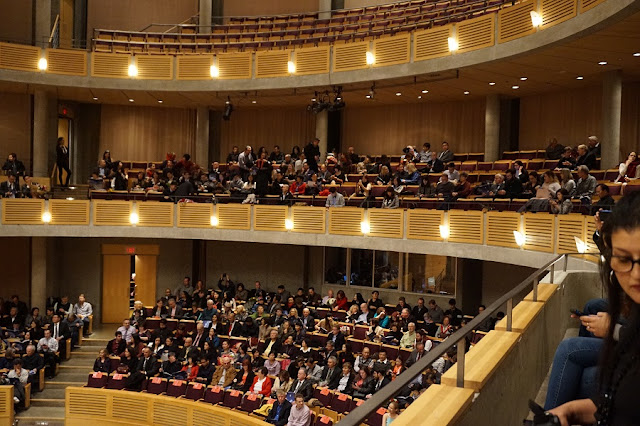 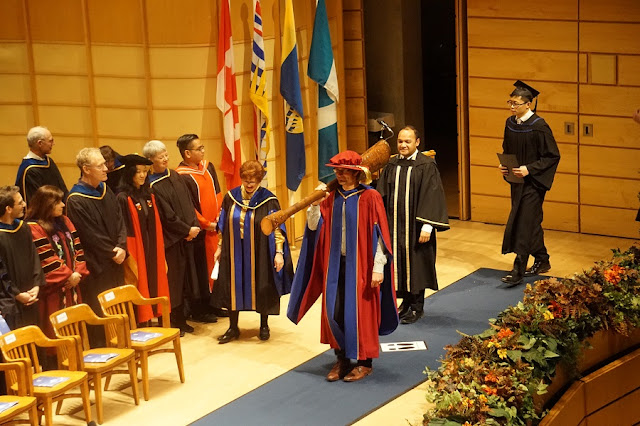 The Mace is carried by the ‘Macebearer’ who leads the Platform Party, which includes the Chancellor, the President, and other dignitaries, onto the stage for the Congregation ceremonies.

In the fall of 1957, the University commissioned the late Haida carver Bill Reid to undertake the project of carving the mace. Due to Reid’s heavy workload, he suggested that George Norris be asked to help design and carve the Mace. The planning of the Mace took some time and a final design was not approved until 1959. 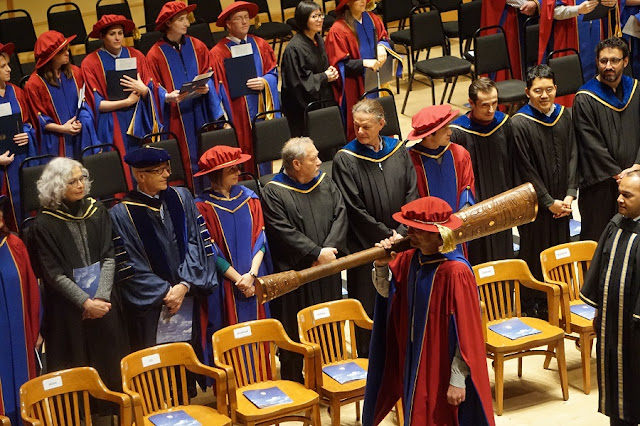 The mace is made of yew wood and has west coast carved designs as well as inlaid copper. 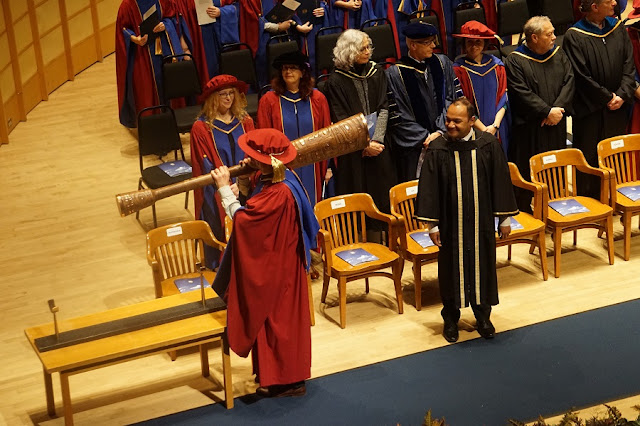 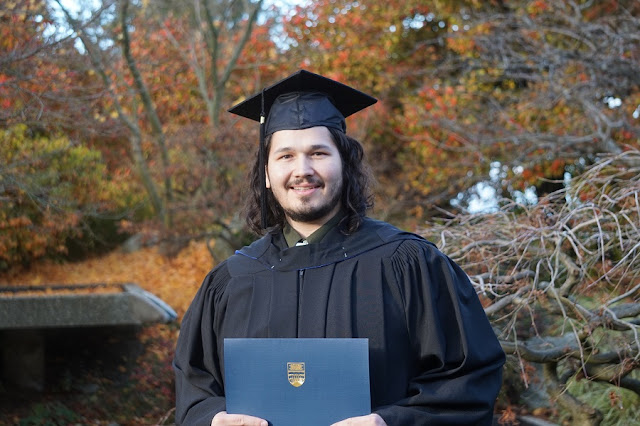 Vancouver has been having a deluge of rain for the last few days. Miraculously today the rain stopped, the clouds parted a bit and we even had sunshine. A much nicer way to celebrate the graduation as all the graduates like to take photos outside.


After photos we all trekked to the Robert H. Lee Alumni Center.  Along the way I snapped photos of the clock tower which used to be where the main library was located.

The new alumni centre, made of glass, is pictured in photo below.  There the new graduates and their families were treated to complimentary cake (vanilla or chocolate), coffee and water. The chocolate cake was pronounced delicious by our family party. No one tried the vanilla but I'm sure it was also delicious. 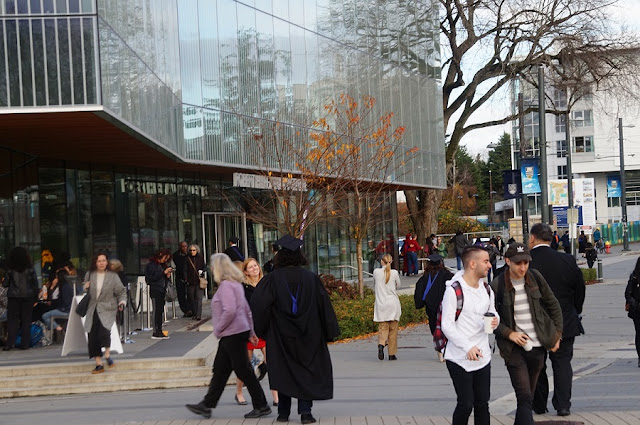 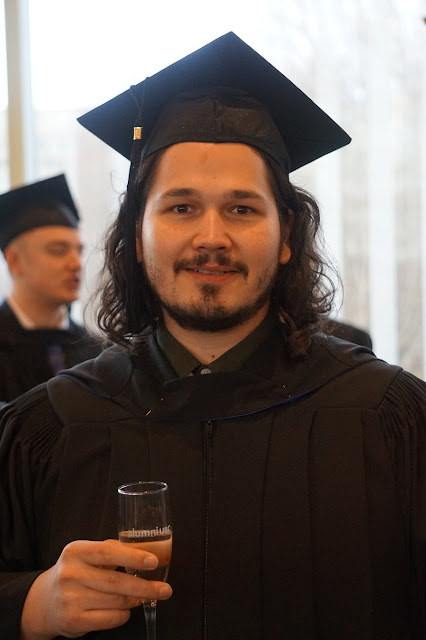 Graduates were each given a complimentary glass of wine if they chose.  They were also permitted to keep the glass as a keepsake. Etched on the stemware are the words "UBC Alumni".

All in all we had a lovely day with my nephew. He is now currently working on his Ph. D. And an exceedingly busy young man.

I may not get a chance to visit you in the next little while as I am having major computer issues which I will need to sort out.

Happy Thanksgiving
to all my American friends who celebrate.
at November 24, 2017